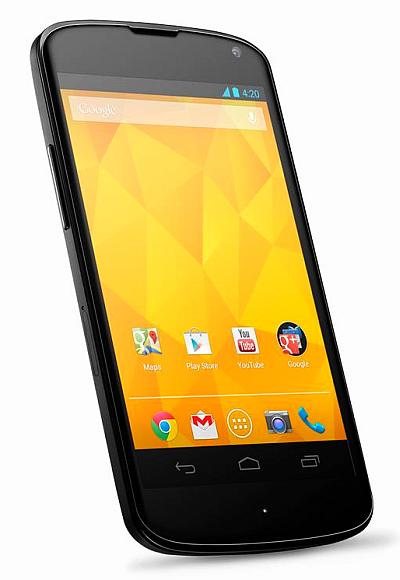 Try and imagine Google as an award-winning director that has given us the hit Android series (right from Cupcake to Jelly Bean), the best search engine ever known, and all the information we ever need at just a … 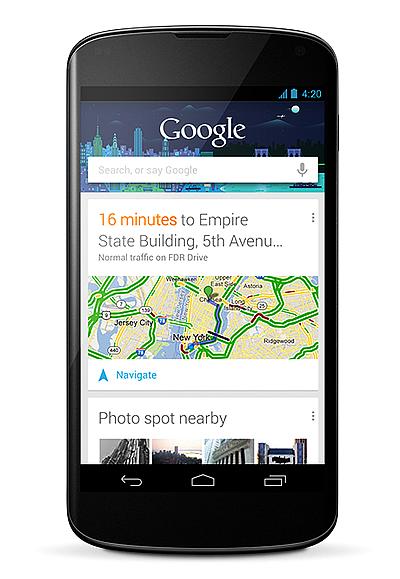 The Nexus 4 runs on Android 4.2 (Jelly Bean). What makes the OS different in the device is its stock Android. Meaning, it runs on the default, pure Android system designed by Google, with no other user interface (UI) overlay.

For example, most Android smartphones from HTC or Samsung run other UIs such as the HTC Sense and Samsung Touchwiz. How is stock Android better?

First, they are really fast, and second, if there are any updates from Google, you get them first on your device. The UI on the Nexus 4 was user-friendly and we did not experience any glitches. 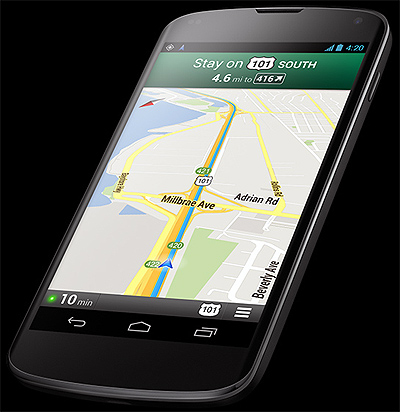 Behind every successful phone, there is a strong processor. And behind the Nexus 4's smooth and swift functioning is a 1.5 GHz Qualcomm Snapdragon S4 processor. The phone also has a mammoth 2GB RAM, which makes multi-tasking effortless.

The Nexus 4 is one device you would love to flaunt, particularly because of its striking looks. The phone has been crafted to perfection with the power key on the left side, the volume rocker and a microSIM card slot on the right.

It sports Corning Gorilla Glass 2, which makes the device sturdy and resistant to scratches. Surprisingly, the 4.7-inch screen is not a finger print magnet and remains clear even after constant use. It gives out a rich display with a resolution of 1,280 x 768 ppi.

The front face has a proximity sensor, a front-facing camera and a small LED light which blinks when you have any unattended messages or calls. Also present are the three main on-screen keys: the back, recent apps and home key.

Turn the device around, and you will see the Nexus' impressive design. Its back cover is etched with dots and glitters, leaving the user with an optical effect when viewed from different angles.

Despite the minuteness in design, we found the back cover prone to frequent scratches. At 139 g, the Nexus 4 is really light and is easy to carry around. 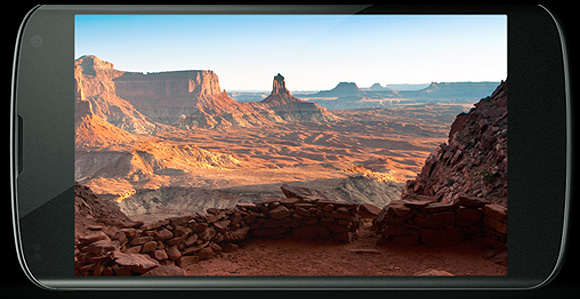 This is one of the few issues that falls under the 'Cons' section. A dedicated memory card slot would have complemented the device, but sadly, there is no scope for expandable memory.

The Nexus 4's 2,100 mAh battery cannot be removed. It has an embedded battery and any efforts to open the phone would prove futile. The battery backup is impressive though.

On a full charge, the device worked tirelessly for a day-and-a-half. But if you operate on 3G and use the device for casual gaming and music, it usually clocks 18-19 hours. 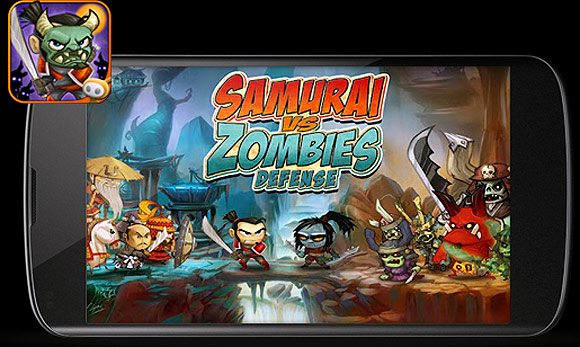 Another area of the device which could have been shored up is the camera. The phone's 8 megapixel camera was tough to notice on the back cover and yielded average pictures.

High-definition video recording was much easier and gave better results. The camera's saving grace is its strong flash and the impressive camera app. It takes time to adapt to the camera's settings, but it is easy once you get a hang of it.

Once you start the camera app, you can change settings by touching the small circle icon located next to the blue icon. You can adjust the white balance and exposure manually.

There is also the HDR or the high dynamic range mode, which can capture better detail in bright or dark areas of a picture. The 1.3 megapixel front-camera is conducive for video calling. 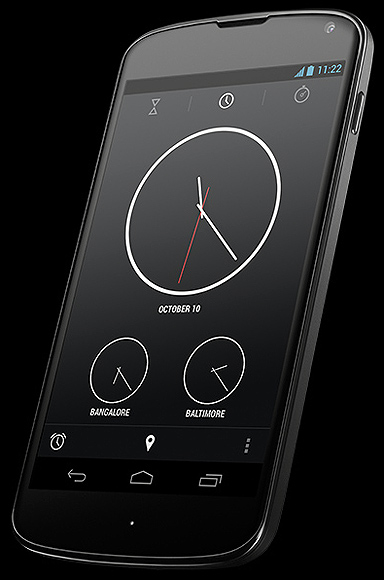 If you love music, then you will love the Nexus 4. The device's speakers are loud and crisp.

The microphone is also impressive. Taking calls in crowded areas proved easy. One minor drawback, though, is that the Nexus 4 does not come with headphones, albeit, there is a 3.5 mm headphone jack.

You can only set stock ringtones pre-stored on the device, but apps like RingsExtended from the Play Store allow you to set your favourite track as your ringtone.

We saved the best feature for the last. One of the new features on the Nexus 4 is Google Now. Google Now is all about providing the user with the right information at the right time.

You can start Google Now by swiping up from the bottom of any screen. It provides you essential information in the form of different cards.

Some examples include the weather, the score of your favourite sports team, photo opportunities near your location etc. Google Now can also be operated through voice commands.

You can type in text by speaking, dial a number by speaking it out and ask any basic question which Google would answer. The UI takes some time to get hold of the accent, but is mostly accurate. Google Now works smoothly if you have a fast 3G connection. 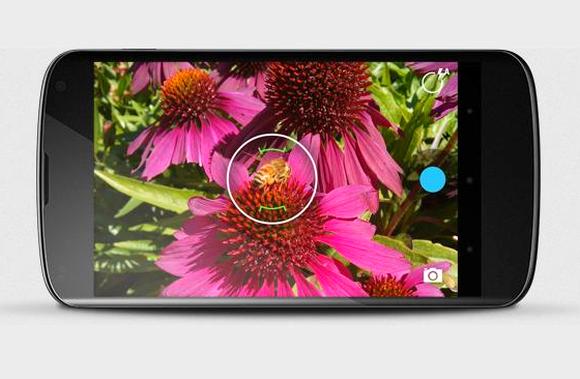 The Nexus 4 is an out and out Google device. You will have all the elements and avenues of Google under one hub, be it Google , Gmail, Youtube, Maps, Books or Gtalk, which is stupendous work.

It is true that at this price, a removable battery, and a memory card slot would have done the trick; hey, life isn't fair, but its still good.

The Nexus 4 has thrown down the gauntlet in the fight of the flagships - phones that cost 10-15K more. This is one device you can't afford to miss.

In today's haphazard smartphone market, the Nexus 4 is 'the one' which will give you unadulterated Google and Android experience of a lifetime.