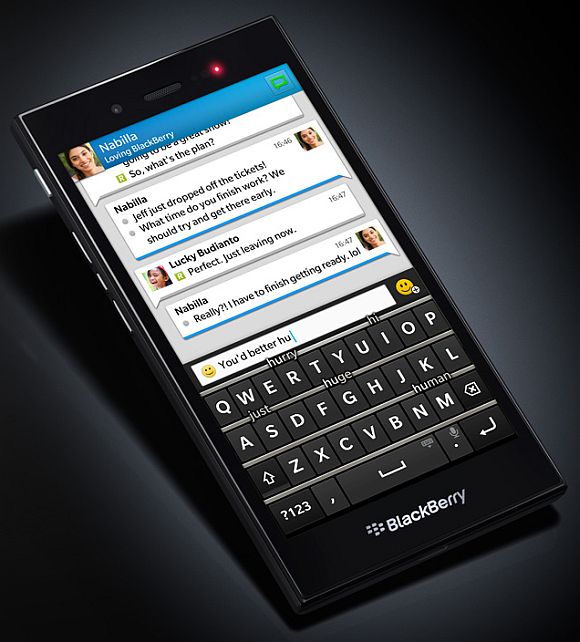 Image: In March, BlackBerry had slashed the price of its Z10 handset by about 60 per cent to Rs 17,990.
Photographs: Courtesy, id.blackberry.com/ Abhik Sen in Mumbai

A cut in its sticker price had led to BlackBerry's Z10 being sold out in India.

Its first big-screen device, the Z30, has been another fast mover for BlackBerry's fans. BlackBerry, when they tied up with Foxconn for the Z3, possibly had these two factors in mind.

Essentially, this is BlackBerry's cheapest device that runs its latest operating system, BlackBerry 10.

The Z3 is heavier than the Z10 but seems about the same weight as the Z30. 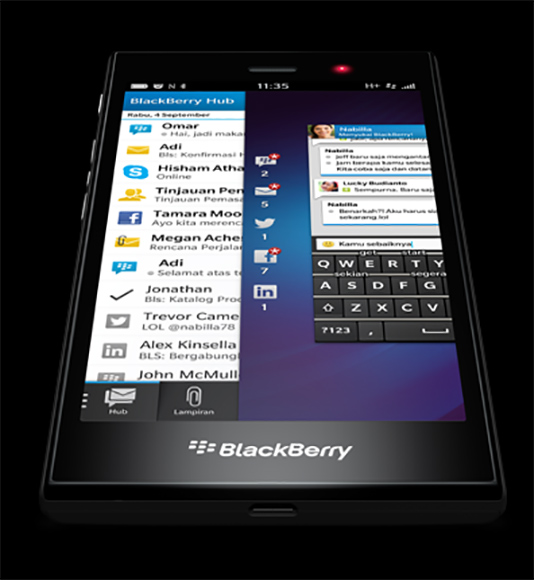 The uni-body design, though, lacks the premium fit and finish of the Z30 or the Z10.

On the right edge are the covered slots for the micro-SIM and the micro-SD card, while the left edge has the volume rocker, mute and power/lock buttons.

Unlike the other devices in the Z series, the Z3 lacks a micro-HDMI port to hook it up to a television.

The Z3 boots up fast and while the big display is nice to look at, one does miss the brilliant screen of the Z30. The Z10, too, scores over the Z3 in terms of a higher screen resolution. 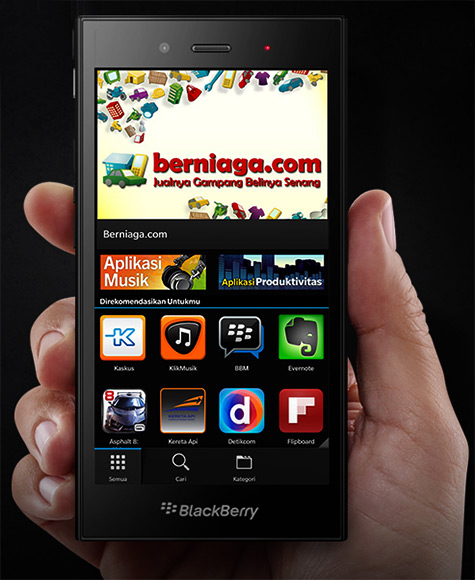 While we couldn't test the gaming chops of the Z3, calling and browsing were satisfactory over an Airtel 3G connection.

There were no lags even while running three-four apps in the background.

The on-board speaker was good for group calls.

The 16:9 screen is ideal for watching videos.

The Z3 has a five-megapixel primary camera, while the front camera is 1.1MP.

The primary camera is fast and comes with an LED flash. 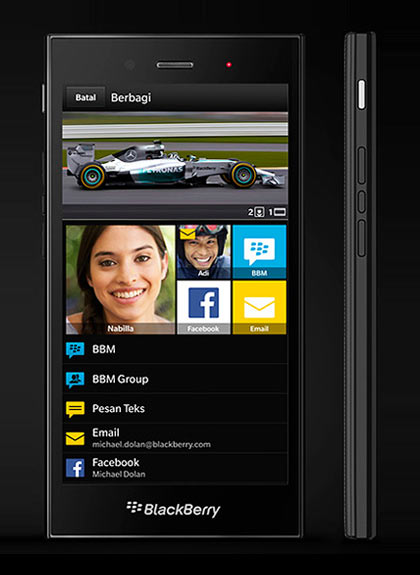 Image: It is a decent phone, but in terms of features, camera and storage, is beaten hands-down by the Z10, which is slightly more expensive.
Photographs: Courtesy, id.blackberry.com/

What it finally boils down to is this: Would you spend this kind of money on the Z3 if you are in the market for a BlackBerry?

It is a decent phone, but in terms of features, camera and storage, is beaten hands-down by the Z10, which is slightly more expensive.

But if you want a big-screen BlackBerry and cannot afford the Z30, this is your only choice.