Sign in  |  Create a Rediffmail account
Rediff.com  » Business » How Microsoft plans to battle Google: The secret is out! 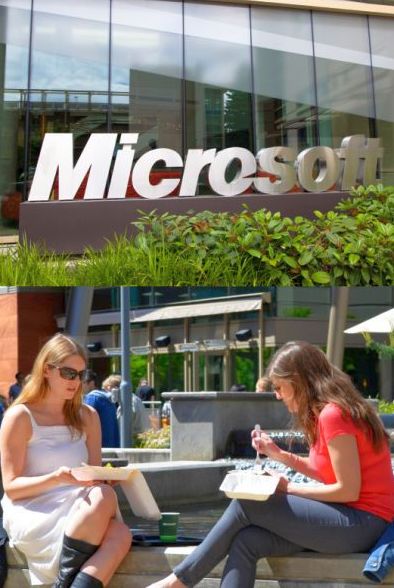 The long-running rivalry between Microsoft Corp and Google Inc is turning into a schoolyard brawl.

Microsoft on Wednesday opened a new front against the world's No 1 search provider by piloting an ad-free offering for educational users of Bing, its search engine that for years has trailed Google.

Under the free programme called ‘Bing for Schools,’ students in participating school districts will no longer see ads or adult content when they do Internet searches.

Microsoft, which has signed up the Los Angeles Unified School District and Atlanta Public Schools among other school districts, has pitched Bing as an alternative at a time of rising public concern over how Internet companies are tracking their users' every move to target the ads they display. 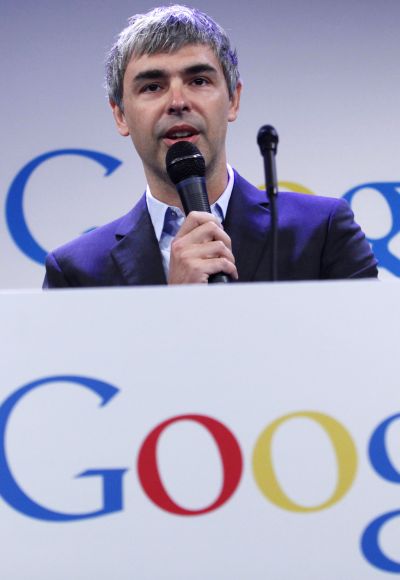 As part of the programme, Microsoft will also offer free Surface tablets and course materials for teaching youngsters about Internet use.

"We hope that we demonstrate the quality of Bing to teachers and students and also their parents, and once they see how good it is, we hope to see increased usage outside of schools too," Weitz said.

Bing, with 18 per cent of the search market share, has long trailed Google, at 67 per cent, according to data from ComScore, despite an aggressive effort to close the gap. 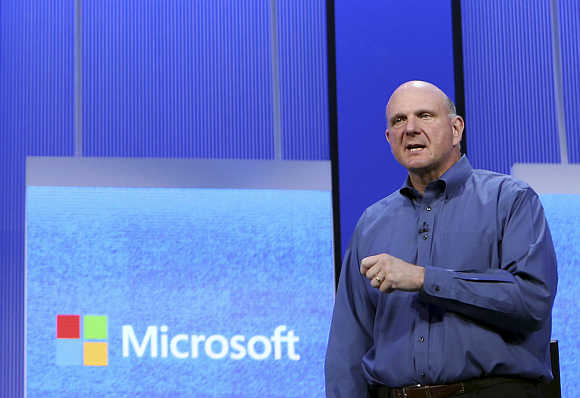 Microsoft's move is the latest sign that technology companies are targeting the education market as a way to reach children who will become the next generation of consumers.

The new Bing campaign, framed in the context of privacy concerns, is part of a broad, anti-Google marketing campaign directed by a team of political consultants including Mark Penn, long-time adviser to Bill and Hillary Clinton.

In recent months, Microsoft has ramped up allegations posted to its ‘Scroogled’ website, including claims that Google violates its users' trust by scanning emails to target ads.

Microsoft has also backed promotion of a ‘Do Not Track’ protocol that would discourage online ad targeting. 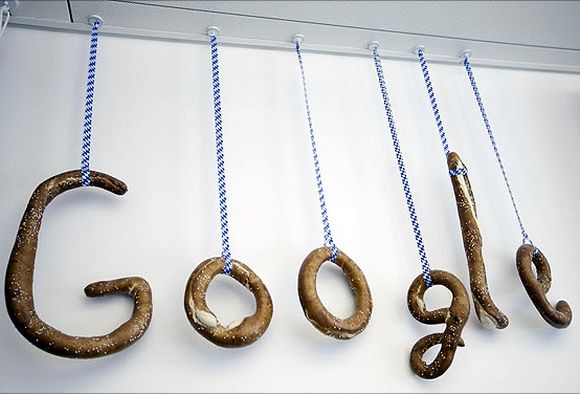 Image: The Google logo is made out of Bavarian pretzels.
Photographs: Courtesy, Google

While Microsoft relies heavily on software sales, more than 95 percent of Google's revenue come from ads, and a significant portion of that comes from its dominant search engine. 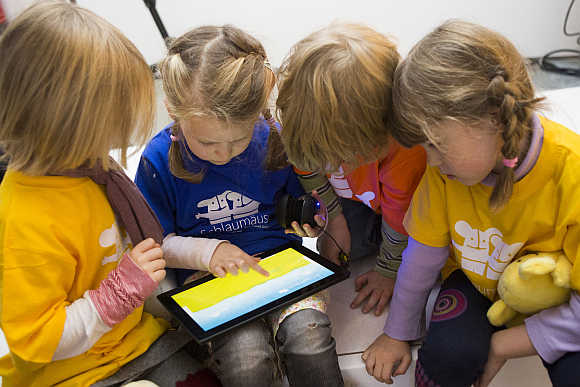 Google and Microsoft have also been vying to get schools to adopt their productivity software.

Google has been offering a discount for its Google Apps suite, which it hopes can replace programmes such as Microsoft Word on school computers.

Tech companies, led by Apple Inc, have also competed fiercely to get hardware into the classroom, even while academic studies are divided over the effectiveness of gadgets in improving student performance.

Following Apple, Google in December announced a programme to give its Chromebook computers to schools for $99 each. 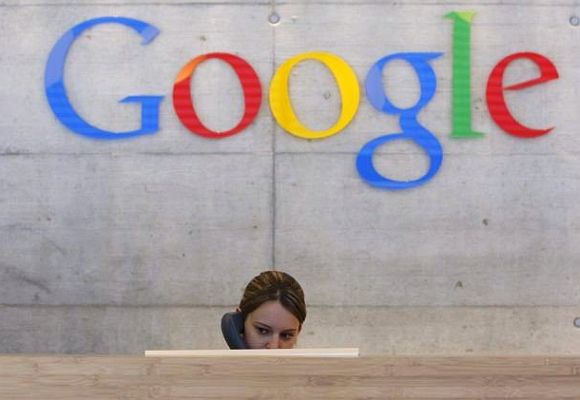 Image: An employee answers phone calls at the switchboard of the Google office.
Photographs: Christian Hartmann/Reuters

Six months later, Microsoft began offering its Surface RT tablet to educational institutions for $199, a discount of more than 50 percent.

As part of the Bing campaign, school districts whose students use the Microsoft search engine win points, which they can redeem for Surface tablets.

Aleigha Henderson-Rosser, the director of instructional technology at Atlanta Public Schools, said she had no qualms about receiving aid from tech companies.

Atlanta schools will not be paid money to participate in the Bing programme, she said.

Henderson-Rosser said she will try to rally parents to use Bing to help win Surface tablets for schools that cannot afford the technology.

"I'm seeing it as a community effort to fill in the gaps," she said.

"What school is going to turn down tablets for our students?"