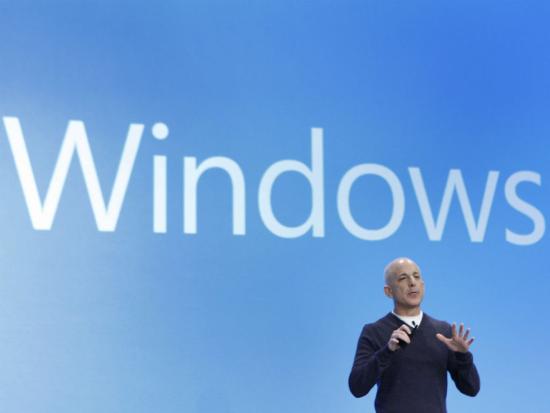 It's been some months since Windows 8 was launched. And while reactions have varied from "oohs" and "aahs" to the unprintable, here's what my experience has been over the past few months.

I had an old laptop, running Windows XP, lying around. So I logged on and downloaded the Windows 8 upgrade assistant, which ran some tests, and concluded that I was eligible for an upgrade for Rs 1999.

Before you reach out for the credit card, do remember that your PC needs to have 1GB of RAM, 20 GB free space on the hard drive (16GB if you're installing the 32-bit version) and at least a 1Ghz processor. For the record, my laptop is powered by an Intel Core Duo 1.6Ghz processor, with 4GB RAM and a 80GB hard drive.

After making the payment, I downloaded Windows 8 and opted for a clean install since I had no critical data on my six-year-old notebook.

To log on to Windows 8, one needs to have a Microsoft account. You already have one if you're using services such as Hotmail or have a Windows phone. You also have the option of setting up one if you don't have an account, or could set up a "local" account on the device, if one isn't connected to the internet.

I used my hotmail account and was soon staring at "Windows Phone" on my desktop. Yes I mean the Metro-style "live tiles", which displayed my email and my data on my SkyDrive. Which also meant my Belkin wireless USB adaptor was working without a glitch. 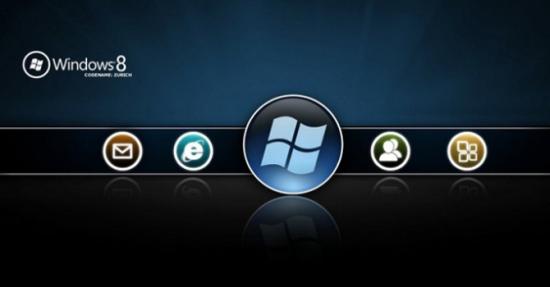 Besides displaying the battery level and the network, the lockscreen can also display stuff like calendar, messages and email, but one needs to customise it. One can also set up a gesture password, but since I didn't have a touch screen, I couldn't try that out.

One can also set up multiple accounts, as well as decide whether or not to sync data with the PC. One good thing about using a Microsoft account is that since Office 2013 saves all documents on SkyDrive by default, one can have access to all of ones documents across multiple devices which use a common account to log in. And all your settings follow you as well.

Instead of the start screen, one has to scroll through several tiles for programs (or apps if you will). One can pick and choose what one wants to display on this screen, but all of them run full-screen and you can't minimise them. The Start screen comes up by hovering the mouse on the lower left corner of the screen.

This needed getting used to after so many years with the Start button. I also realised that it is a pain scrolling horizontally through so many apps, if one doesn't have a touch screen.

My laptop's touchpad eased the pain somewhat. Thankfully, the Windows screen does bring up the Start screen and all keyboard shortcuts work as before.

Windows Explorer has been rechristened File Explorer and one can switch between apps and the desktop using the tab key as well as bringing the cursor to the top left "hot" corner. Snap is another nifty feature which docks two apps, one in the main window and the other as a sidebar.

Quite helpful if you, like me, have to search the internet, while working on a word document. But making use of this feature on my laptop involved finger trapeze with the shortcuts. Its best used on a touch screen. 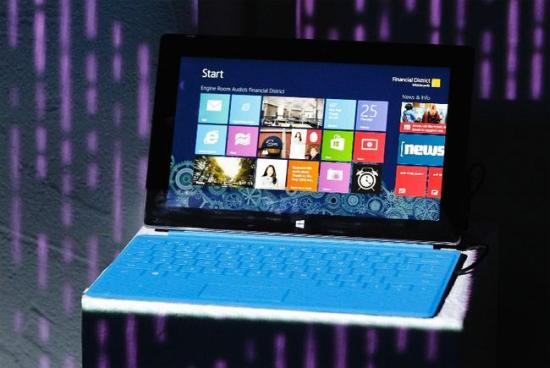 Another new feature, my favourite in Windows 8, is the Charms Bar which can be pulled up from the right of the screen by hovering the mouse cursor on the top right or bottom right "hot" corner.

You have shortcuts to search, sharing, the Start screen, connected devices and the settings menu. And with universal search, one can pull up programs as well as files.

The biggest change after the demise of the Start button has been the inclusion of apps and the Windows store in Windows 8.

The Windows Store has a fair number of free as well as paid apps and installation was a breeze on my ancient system. I wasn't able to make use of several cool camera customisations, for the installed camera app, as my laptop doesn't have a camera.

In conclusion Windows 8 is a robust and friendly OS, even if its learning curve might be a bit steep. Also, those of us used to Windows Media Centre will miss it. But for new devices, its an excellent OS and best experienced on touchscreens.

I plan to upgrade my gaming rig this month since Microsoft's special upgrade price expires January 31. But I'll also invest in a touch enabled mouse and/or a keyboard with a trackpad. 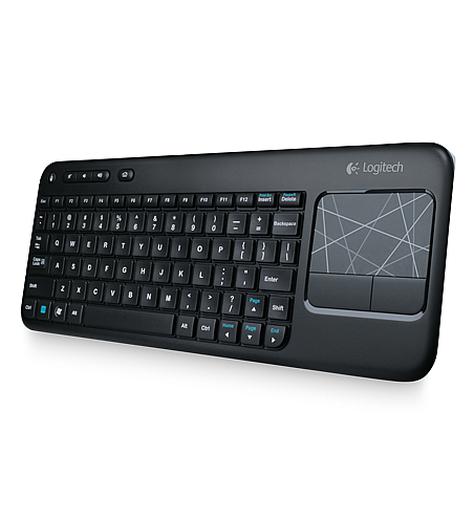 A new lease of life

The keyboard comes with a large 3.5-inch touchpad which is compatible with Windows 8. Scrolling vertically and horizontally on my old laptop was a charm.

Also I could use many of the multi-touch gestures available on Windows 8 on the trackpad while using my old system.

The best bit was that since its wireless, I could play a movie on my laptop which was on the table while lying in bed. Also, I just needed to plug in the tiny receiver and we were good to go. No drivers needed!

The keyboard, which is powered by two AA batteries, is also compatible with all versions of Windows XP onwards. If only it had a numeric keypad as well - but then that would have made it unwieldy.

The mouse is full touch, just like the Apple mice we keep raving about. Initially, it was a bit tricky to use gestures, but I was comfortable after a few hours of use.

The mouse, which can be paired with the same receiver for the keyboard, supports gestures such as horizontal and vertical scrolling as well as app switching.

The laser mouse, powered by two AA batteries, is extremely light. And while I didn't try gaming with the mouse, I have a sneaking suspicion that those of us used to fragging with optical mice might find it a tad too light.

But for regular use, it has a nice feel to it and my hand felt no pain after extended use.

By the way, this mouse also runs on Windows 7. 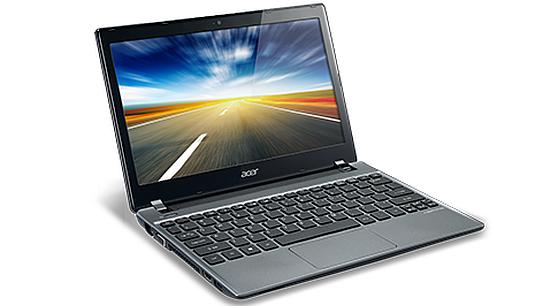 For The Complete Experience

Here are three new devices which make the most of the new interface of Windows 8.

At first glance, this baby seems to be another MacBook wannabe. Flip the lid and you find a full-size keyboard (with a numeric keypad) and a 15.6-inch screen.

The magic starts once you switch on the notebook. That's when you realise the screen is touch-enabled. I loved the fact that I could use the touch screen to scroll documents while I typed them out on the keyboard.

Did I tell you its so much easier to install programs as well when all you need to do is touch the OK and next buttons on the screen? To keep the sleek form factor, Acer has bundled an adaptor for the LAN and VGA ports. And it comes with two USB 3.0 ports.

Powered by an Intel Core i7 processor and 4GB of RAM, the review model came with a 1TB hard drive.

While it weighed in at 2.4 kg, the onboard DVD-RW comes in handy to take backups or play DVDs. Gaming is fun thanks to the dedicated NVIDIA GeForce GT 620M graphics card.

This is a must-have for someone in the market for a Windows 8 laptop. You may have seen the ads and you now that the display flips on a hinge to become a tablet. But nothing can quite prepare you for that "Oh my god" moment when while opening the lid you see the lid "coming off" the frame.

Surely I'm not the Hulk and that was just a nudge.

Scare over, you can't but marvel at the solid construction and the sleekness of the aluminum and carbon fibre body. This device fits right into Robocop's arsenal!

Weighing in at about 1.5kg, the device sports an Ivy Bridge i5 processor and 4GB of RAM. The review unit was fitted with a 128GB SSD. No wonder its so blazing fast!

The 12.5 inch FullHD screen is a pleasure to watch high-def videos on. The touch-screen is toughened with Gorilla Glass.

In tablet mode, the device doesn't suffer any loss in performance and, in fact, is a great multimedia device, but lacks a dedicated graphics card.

This is a great device and if you can afford the steep price and won't use it for gaming. 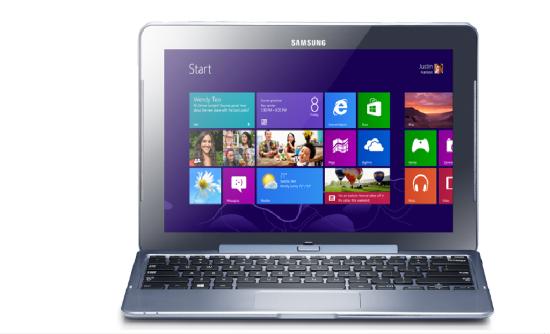 If you're hungry for a Windows 8 tablet which does double duty as a netbook, this one's for you. This Atom 1.8Ghz-based device runs the 32-bit version of Windows 8 Pro, but to know that you'd have to first turn it on.

And that for me was the first hurdle, as I had been looking for that switch on the dockable keyboard! After that hurdle I kind of accepted that this was a tablet, which also came with a keyboard. The device has 64GB onboard memory and 2GB of RAM.

Next, I decided to undock the device and then discovered its best bit. Tucked away was the S-Pen, Samsung's nifty innovation from the Galaxy Note.

Now with technology from pioneers Wacom, the device was even better for those used to taking notes/drawing.

As someone whose handwriting resembles hieroglyphics, I thought I wasn't using the S-Pen well enough. So I handed it over to my wife, an avid sketcher, who showed what its capable of.

Watching videos, too, wasn't much of an effort. The device sports two USB ports, one on the tablet and another on the keyboard.

One grouse is that the display orientation changes on moving the tablet even when its docked. That's a huge problem when you're trying to type something fast on the keyboard.

This device is a Windows 8 tablet with a dockable keyboard. Accept this and you're good to go.