Sign in  |  Create a Rediffmail account
Rediff.com  » Business » Confused which tablet to buy? Here are the top 4 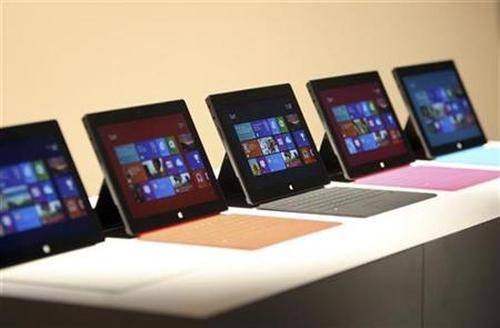 It was confusing enough to choose the next smartphone, thanks to the clutter of hardware and operating systems (OSes) that exist and now the confusion lends itself to tablet PCs too. You can go wild between 7-inch or 10-inch tablet PCs, the OSes and brands and prices.

The latest rage in the tablet market is, of course, the Apple iPad Mini that takes on other 7-inch opponents on price, ecosystem, performance and features. But not every product is worthy of your time and money.

Here are our picks. 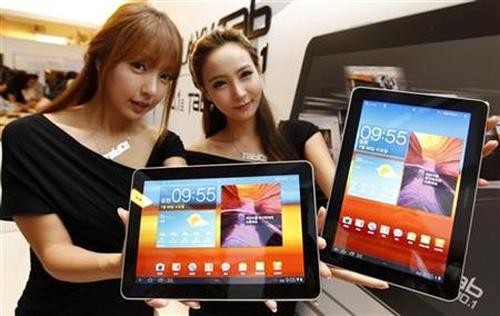 Undoubtedly, Samsung has made some of the best-looking Android tablets till date and Galaxy Tab 2 is one such device.

The Samsung Tab 2 sports a 7-inch display and is housed in a plastic body that has become the hallmark of Samsung's design portfolio. For many, a plastic body may just not cut it anymore.

A 1 GHZ Dual Core TI OMAP 4430 chip powers the Samsung Galaxy Tab and keeps it running at fine speeds. The dual core processor is enough for daily tasks and the occasional gaming.

Galaxy Tab 2 ships in 8GB and 16GB versions and is upgradeable via a microSD card slot. This is a reason why many buyers prefer an Android tablet over an iPad which comes in fixed memory sizes with no scope for expansion via microSD.

Galaxy Tab 2 has a smaller 7-inch PLS display than iPad Mini, and also has a lower resolution of 1024x600 pixels. Users of Samsung's Galaxy Tab 2 can hope for passable photos with the device's 3-megapixel rear camera, and the front-facing VGA camera should just about do the trick for basic video-conferencing and grainy self-portraits.

Android's older Ice Cream Sandwich version that runs Samsung Galaxy Tab 2 will feel a little jerky if you have used a Google Nexus 7 before, else it will be hard to point the faults in this version of Android.

This is because the new Jelly Bean Android buffering software works to create a smoother user experience, removing a number of software issues that hampered Android 4.0 (Ice Cream Sandwich) devices.

Overall, the Galaxy Tab 2, when compared with the iPad Mini, proves to be an economical device and will surely get many votes in favour from those who want a reasonably-rich featured device without overrunning their budgets. 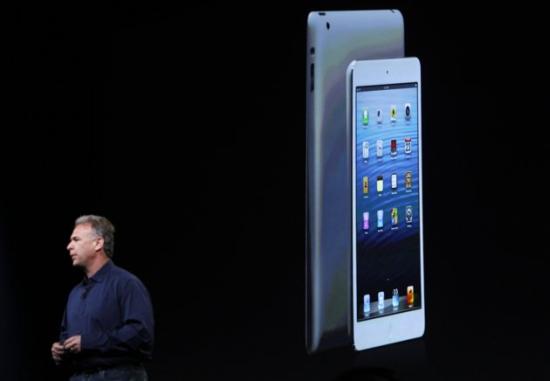 Apple barged into a market bursting with tough competition, with its 7.9-inch iPad Mini. But, is it really in a 'whole different league' from other 7-inch tablets?

The answer is not a straight one. As far as the cost goes, a premium-priced Apple's iPad Mini may still struggle to find its rightful space among all low-cost Android tablet clutter.

But, considering the Apple followership among the upper middle class Indians, this may still be the hottest holiday gift item this season.

Subtle additions like palm detection, a narrower bezel and thinness go to underline how Apple's iPad Mini stands apart from others. The screen is smaller by a third of the regular iPads, and sits in an aluminium cased frame.

It weighs 308 gms - half as much as a full-sized iPad - making it easier to hold in one hand. It's powered by Apple A5 dual-core processors, the same processors that powered the iPhone 4S and iPad 2.

We loved the fact that just about everything on the iTunes App Store has been tailored to or adapted for the iPad Mini and, thus, users get a ready-made library of tools and games.

Another plus is the battery life that can vary between 6.5 and 10 hours, depending on device usage.

iPad Mini's photo-taking quality, with the 5-megapixel onboard camera, is decidedly beneath iPhone 5. So, we won't be recommending this as your primary camera device.

Overall, it's beautiful and light, but Apple is a late entrant in the 7-inch tablet market and a premium price-tag is not going to make it dearer to many. Those who haven't bought a tablet PC until now, should definitely give the iPad Mini a try. 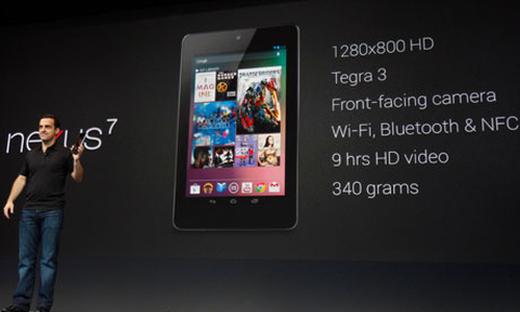 Google teamed up with Asus to create the Nexus 7. This pretty basic looking tablet runs on Android Jelly Bean (version 4.1), backed by Nvidia Tegra 3 processor that clocks at 1.3 GHz.

Nexus 7 also comes with 7-inch IPS display screen with a 1280x800 pixel resolution, along with 1GB RAM, 1.2 megapixel front camera (no back camera) and 4325 mAh battery (up to eight hours of performance). The price alone guarantees that Nexus 7 challenges the iPad Mini.

It may be an individual choice, but we found the rubberised back fits beautifully in the hand, thanks to a dotted panel design. When using the tablet and the Jelly Bean version of Android, you will realise just how flawless it is, coupled with smooth touch operations.

Google has tweaked a lot of things between older Ice Cream Sandwich version and now. Even the most commonly used Google services like Gmail, Google Maps, Chrome browser, Calendar, etc, seem to have benefited from the OS refinement.

Overall, the Nexus 7 is the right software that works perfectly on the hardware, at a price that is definitely competitive. 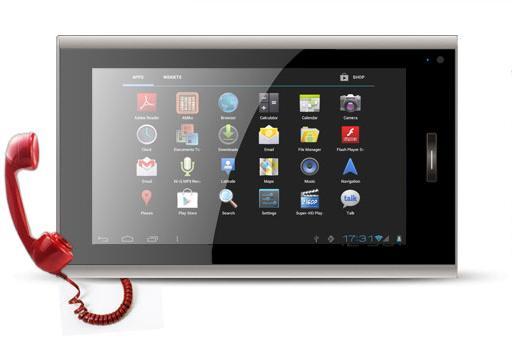 It is easier to brush aside home-grown innovation, but Micromax has grown into a reliable brand with sturdy devices and it is hard to ignore its latest tablet offering.

The Funbook Talk (P350) is a 7-inch tablet in the Funbook series and will certainly delight first-time tablet users. Just like Samsung Galaxy Tab 2, Funbook Talk also allows users to make voice calls that is a definite plus point for many users.

This 7-inch tablet PC, running on Android Ice Cream Sandwich version and sports a capacitive TFT LCD display with pixel dimensions of 800x480, may not be the best in class, but remember the price tag and these will seem like minor issues.

Further, Funbook Talk is powered by a 1GHz processor with 512MB of RAM, and has 4GB of internal memory. Users can use a microSD to expand the memory capacity to up to 32GB.

Funbook Talk also comes packed with a 2800 mAh battery which gave us a browsing time of a little over five hours.

While hardware specifications may not be worthy of boasting about, but should suffice for average browsing or media consumption apps. It also supports USB dongles to surf internet on 3G speeds.

Moving between apps seems to be a less-than-smooth operation, but speed is not why people will buy the Funbook Talk. It is affordability and the free pre-bundled array of apps that Micromax provides that shine through.

Being part of Micromax's Funbook family, the device is pre-loaded with educational apps and data for primary-undergraduate students along with sample papers for engineering, medical and MBA entrance exams.

Overall, Funbook Talk does not hit too many performance highs, but if you want a reliable Android tablet PC for younger family members and a secondary calling device for the family then Micromax Funbook Talk is hard to skip by.