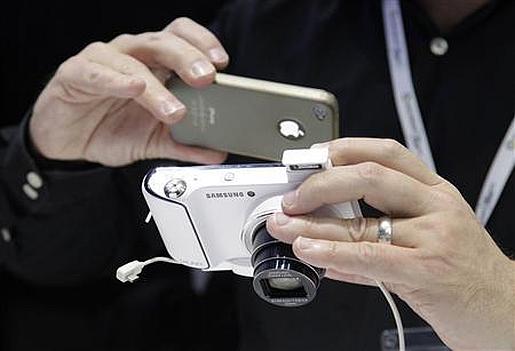 The soaring popularity of smart phones, all with breakthrough camera capabilities, has tripped the entry-level point-and-shoot compact digital camera segment (dominated by Canon, Nikon, Sony and Olympus) from a 40 per cent annual growth over three years to a decline of about 5 per cent during the past year. This is the first such drop, admits camera makers.

This is not the first time mobile phones have emerged as a threat to an industry. A few years back, portable music players and videogame consoles had to struggle when companies like Apple and Samsung launched phones with all-in-one features.

"Compact cameras are increasingly getting cannibalised by smart phones, as photography for today's generation is all about ... 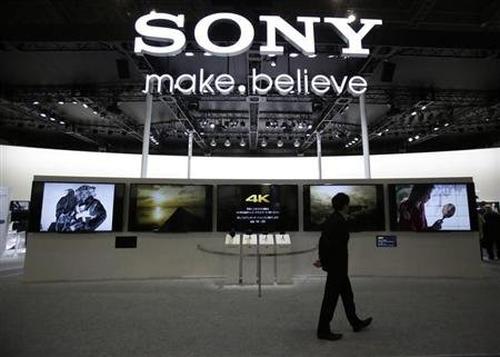 Sony, which has close to 45 per cent market share in India, gets about 30 per cent of revenue in the camera segment in India from the fast-shrinking entry-level point-and-shoot compact digitals, while the entire camera business accounts for about 15 per cent of the company's sales in India, says Sony India managing director Kenichiro Hibi.

The entire compact digital camera segment contributes about 70 per cent of Sony's camera sales in India.

At present, the market is flooded with a range of picture-taking smart phones priced below Rs 10,000.

However, Sony says it can meet the challenge as it also sells smart phones. "We expect that increasing sales of smart phones would compensate the decline in point-and-shoot compact digitals," Hibi adds. 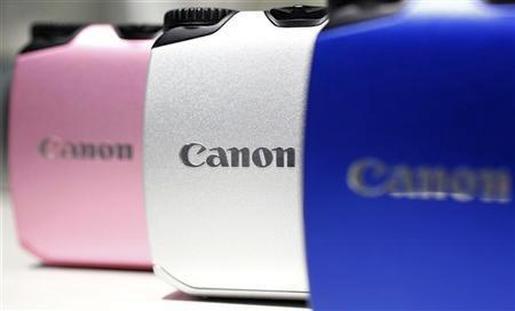 Bharadwaj says the slump in entry-level digital cameras will not be of much worry as people are now shifting to high-end compact digitals.

"The high-end digital camera segment is growing at around 30 per cent while the digital SLR market has registered a growth of about 50 per cent during the past calendar year," he adds. 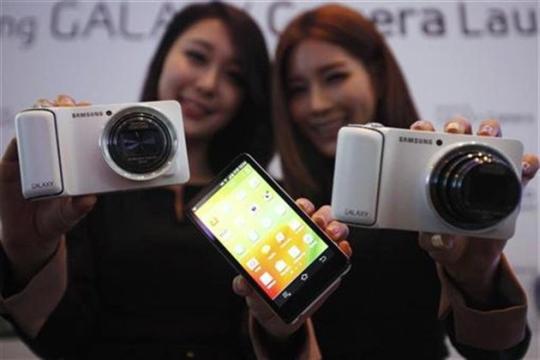 The Galaxy Camera is a hybrid between Galaxy smartphones/tablets and cameras, combining the best of both worlds.

During the past year, camera makers have also reduced prices despite higher import cost due to rupee depreciation in order to arrest the slide. Canon, Nikon and Fujifilm have slashed prices up to 10 per cent, reducing prices between Rs 500 and Rs 11,000.