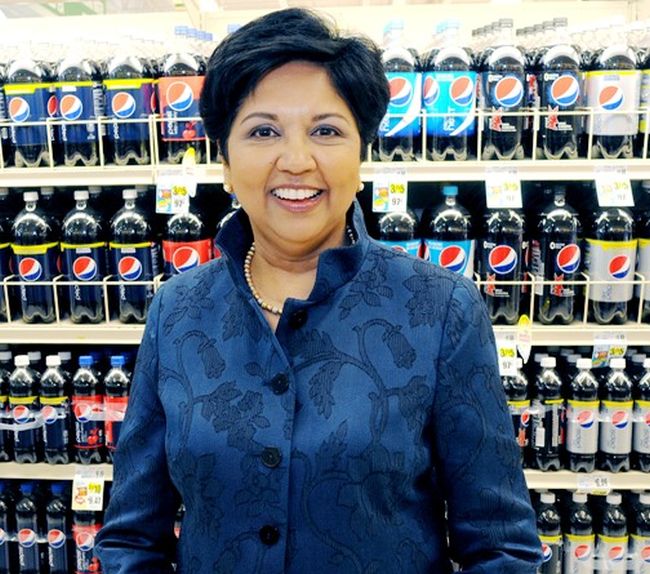 Twenty-five years ago, PepsiCo sowed its India entry through an agrarian route, despite opposition from several powerful people, and became a brand to be reckoned with. Surajeet Das Gupta looks at the strategies and the people who made it possible.

PepsiCo thought it had a winner in “Pepsi Era”. A bizarre rule in the 1980s allowed multinationals to use only hybrid brand names for their products in India.

For PepsiCo, Pepsi Era seemed apt for creating history in 1989: A cola company was re-entering India 12 years after Coca-Cola was shown the door. But PepsiCo India’s first chief executive officer (CEO), 34-year-old Ramesh Vangal — who would go on to spend Rs 10 crore (Rs 100 million)to print the brand on reusable bottles — was in for a shock.

Food Processing Minister Sharad Yadav who was part of the new National Front, which had came to power a few weeks ago, summoned him to his office in 1990 and said the cola should have a “desi” flavour, and Lehar Pepsi would be a good name.

Vangal had fought for three years to secure permission to launch his company’s drinks. He  gave in when the minister said he could hold back the clearance. 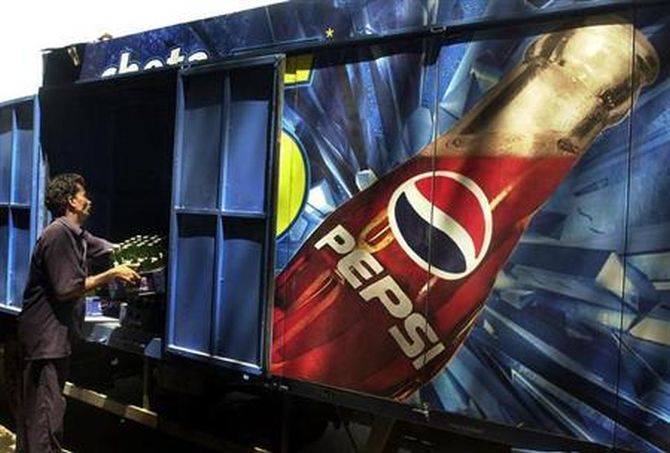 A couple of years ago — in September 1988 — the Congress government wanted to make PepsiCo the showpiece of its foreign direct investment policy.

But the media walked out of a press conference in which then Food Processing Minister Jagdish Tytler was to announce the clearance because he refused to state his views on Rajiv Gandhi’s controversial anti-defamation Bill.

Tytler made the announcement through a press release. 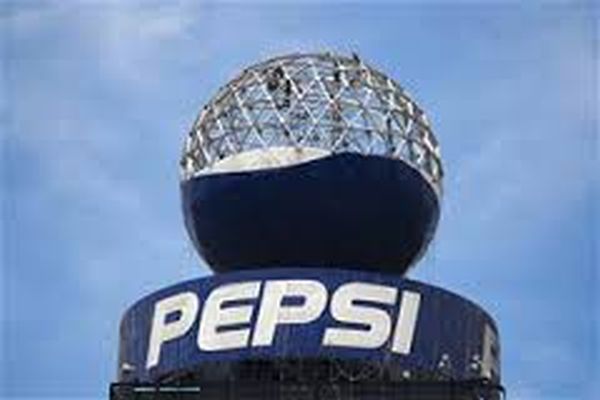 India over the past quarter of a century has provided a roller-coaster ride to one of the world’s most enduring beverage brands.

It began with a fizzy national debate over a small bottle of sweetened water, followed by a legendary cola war with rival Coca-Cola, and PepsiCo’s eventual transformation into India’s largest food and beverage company.

PepsiCo and its bottlers have invested more than Rs 12,000 crore (Rs 120 billion) to bottle and sell its drinks across two million shops countrywide, in many places cold. 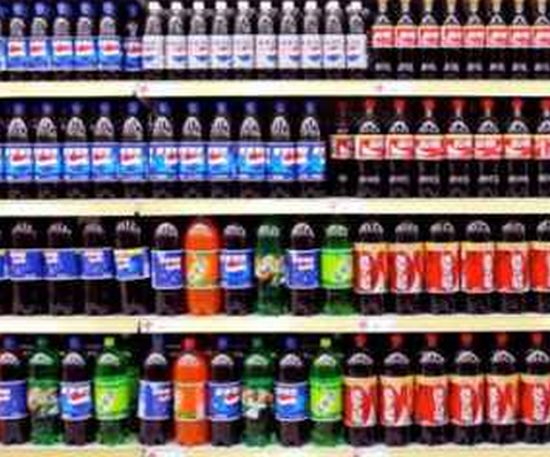 Image: Indians have a per capita consumption of 22 bottles of colas annually.
Photographs: Reuters

Indians now have a per capita consumption of 22 bottles of soft drinks each year, up from three in 1989. PepsiCo is trying to dislodge Coca-Cola in drinks, though the gap is still large, but is streets ahead of the competition in snacks.

The company had to fight every inch of the way to get to where it is today. With around Rs 140 crore coming in every year as foreign direct investment in the late eighties, multinational cola makers were definitely out of favour.

Local competitors led by Parle’s Ramesh Chauhan — who had filled the void left by Coca-Cola’s exit — wielded immense political clout and had sworn to keep foreign colas out. PepsiCo made an aborted attempt to enter India through a venture with R P Goenka to import concentrate. But Goenka’s closeness to the Gandhi family did not help. 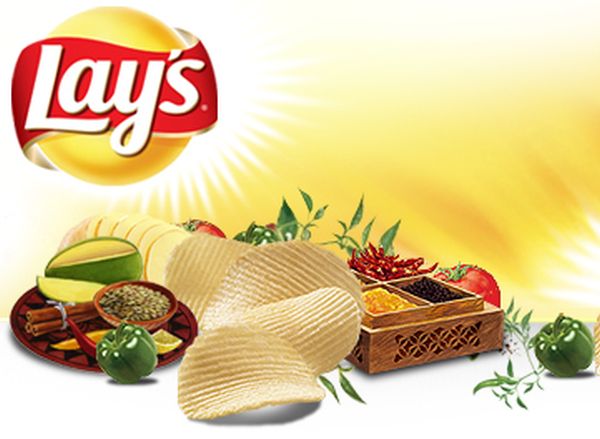 Image: Pepsci has a food processing plant in India for its packaged snacks.
Photographs: Courtesy, Pepsico

Finally, a way in

He cultivated support in Punjab, a state desperately wooing food processing industry after Operation Bluestar — the GoldenTemple violence in 1984.

The plan worked. PepsiCo, in a tie-up with state-owned Punjab Agro Industries Corporation and Voltas, applied on June 6, 1986, to set up a snack food plant a fruit and vegetable unit that would initially process tomatoes and a soft drinks concentrate plant.

Predictably, all hell broke loose. Vangal recalls there were more than 250 questions in Parliament attacking the project, 7,000 articles in the media and half-a-dozen Cabinet meetings on the pros and cons of allowing in PepsiCo. At one count, over 150 Members of Parliament were opposed. Gokul Patnaik, a bright bureaucrat and managing director of Punjab Agro, and Zahed Baig, a senior Tata executive, met Vangal virtually every week, occasionally joined by lawyer Jyoti Sagar, to counter this onslaught. Patnaik’s wife, cut up by his travelling, adopted a dog and named it Pepsi, promising to rename it after the venture was cleared.

The plan had its backers, too: 5,000 panchayats in Punjab wrote in favour. Punjab Governor Siddharth Shankar Ray briefed Rajiv Gandhi on the project. Politicians, irrespective of their political parties, in Punjab supported the venture.

Agriculture Minister Devi Lal met the PepsiCo team early in the morning and he was supportive. The media began to shed its bias. Vangal says an India Today article with Vangal and Chauhan on the cover — which he was reluctant to shoot for — brought out the fact that the battle was between local and global cola makers, and not about the merits of foreign direct investment. 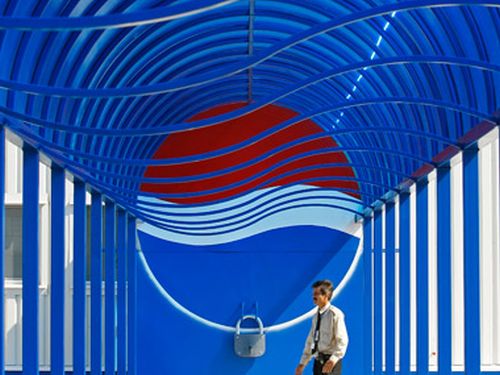 However, Chauhan’s lobbying had succeeded. Many in PepsiCo’s worldwide headquarters in Purchase, New York, considered the entry terms suicidal: Sharing secret ingredients with partners, using a hybrid brand name. Vangal thought he would be sacked, but PepsiCo Chief Executive Officer (CEO) Don Kendall stood by him.

The clearance came in 1988 — with stiff terms — and was reapproved again in 1990 with a few changes. The ratio of foreign exchange inflow to outflow was raised from 1:3 for five years to 1:5 for 10 years and the venture’s export commitment was raised from Rs 55 crore (Rs 550 million) in five years to half the turnover.

A new clause said soft drink concentrate could not rise beyond 25 per cent per cent of the venture’s turnover and it would also not be able to import ingredients.

PepsiCo started rolling out its colas in June 1990. Within two to three years, it sold over 20 million cases a year, though a much small brand compared with Parle. In 1991,

India faced a balance of payments crisis and went in for economic restructuring, as suggested by the International Monetary Fund. Multinationals were suddenly welcome, and Coca-Cola arrived in 1993 without the welter of restrictions imposed on PepsiCo. Chauhan, who realised his time was up, sold his brands, and a 70 per cent share of the market, to Coca-Cola. The cola war had begun.

Priya Mohan (Suman) Sinha, a former director of Hindustan Lever who took over from Vangal, got headquarters to sanction him a $1-billion war chest. Sinha began an aggressive expansion of bottling capacity — there were 44 plants, including ones owned by the company, across the country by the time he left — and offered interest-free loans to bottlers to expand.

Then he turned to markets where he had little share. One was Mumbai. PepsiCo had a plant outside the city and had to pay a high tax to bring the drinks in.

Sinha’s solution lay with the Pandole family, owner of local drinks maker Duke’s that had a bottling plant in Mumbai. After 27 meetings, the family sold their business to PepsiCo for Rs 46 crore (Rs 460 billion). Sinha also took apart the venture that brought PepsiCo in. He bought over the partners and big bottlers. He also hawked the tomato processing unit in Punjab to Hindustan Lever, inviting criticism that PepsiCo’s real intention was always drinks and not developing agriculture — it came under attack for exporting rice and seaweed. But the cola maker says it introduced contract farming to India, improved tomato yields and potato varieties.

By now PepsiCo was ready to take on Coca-Cola. So when Coca-Cola launched in Agra in 1993, PepsiCo executives lined soda fountains all the way to the launch site.

When it realised Coca-Cola would sell 300 ml bottles at the same price, PepsiCo destroyed 250 ml bottles worth Rs 60 crore and sold the larger bottles wherever Coca-Cola went.

Coca-Cola splurged Rs 10 crore on sponsorship of the cricket World Cup in 1997; PepsiCo spent the same amount on a campaign, Nothing Official About.By 2003, PepsiCo had narrowed the market share gap with Coke. 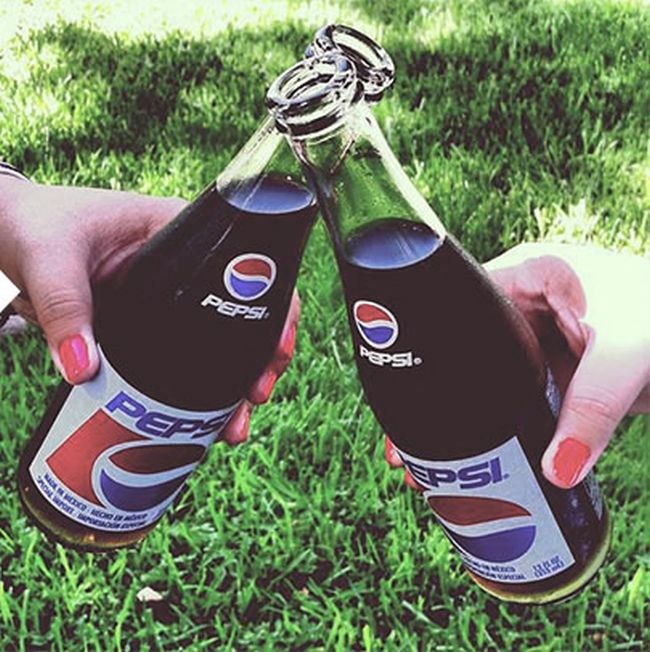 Yet the challenges refused to go away. The pesticide-in-cola controversy hit both companies. Some fancied brands like Pepsi Max, a zero-calorie drink, had to be withdrawn due to low response. Aliva, a roasted biscuit priced at nearly double the competition, did not provide volumes. PepsiCo was also rattled by the sudden departure of its CEO Manu Anand: The post remained unfilled for months.

Yet, PepsiCo has not flinched from uncharted markets. A venture with the Tatas for healthy beverages is expanding the base of fortified water. But perhaps the big change is transformation of the snacks business. PepsiCo’s strategy has been to bring in international brands like Lay’s and Cheetos and push Indian snacks like Kurukure.

Consumers like the way PepsiCo displays its snacks outside shops and the small helpings that start at Rs 2. Quaker Oats, a breakfast alternative, gets Indian flavours while the traditional poha begins to figure in the brand.

Last year, PepsiCo’s worldwide chairperson Indra Nooyi announced the company and its partners would invest a staggering Rs 33,000 crore ($5.5 billion) in India till 2020, which is likely to see manufacturing capacity double. She, of course, is squaring off against Coca-Cola, which will invest $5 billion over the same period.

By then, India could be Coke’s fifth largest market. It would be an overstatement to call the past couple of decades the Pepsi era. But the two cola giants have played a starring role on the corporate scene since India opened its economy in 1991.