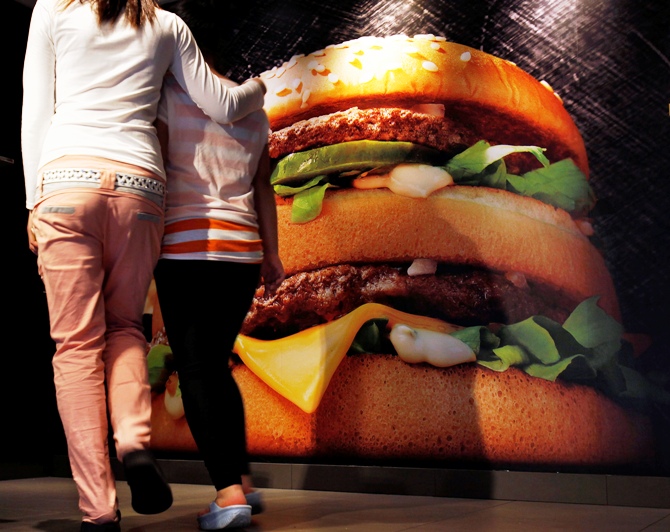 Image: Customers walk up the stairs to a McDonald's outlet, the first one which opened in China in 1990, at the southern Chinese city of Shenzhen neighbouring Hong Kong.
Photographs: Bobby Yip/Reuters Viveat Susan Pinto & Sayantani Kar in Mumbai

According to retail industry sources, while McDonald's worldwide is regarded as an entry-level brand with affordable price-points and a focus on the mass market, Burger King is seen as a mid-market brand, say Viveat Susan Pinto & Sayantani Kar.

If there is one brand that has defined the fast-food culture in India, it is McDonald's.

One of the earliest entrants in the quick-service restaurant business, the largest burger chain in the world has widened its network in Tier-I and -II cities in the last two decades.

But after all these years of virtually a free run in the burger space, McDonald's will have to contend with competition from the second-largest burger chain worldwide and a rival -- Burger King.

The Miami-based burger chain, the third-largest in the US after McDonald's and Wendy's, is said to be talking to private equity player Everstone Capital for setting up base in India.

Given that Burger King Worldwide depends primarily on a franchise model, it will have the task of finding one to make up for lost time.

Playing on its mind would be its patchy record in China where, much like India, McDonald's and Yum! Brands entered much earlier than Burger King.

When contacted, Sameer Sain, co-founder and managing partner, Everstone Capital, declined to speak about his fund's proposed plans to get the US giant into India. 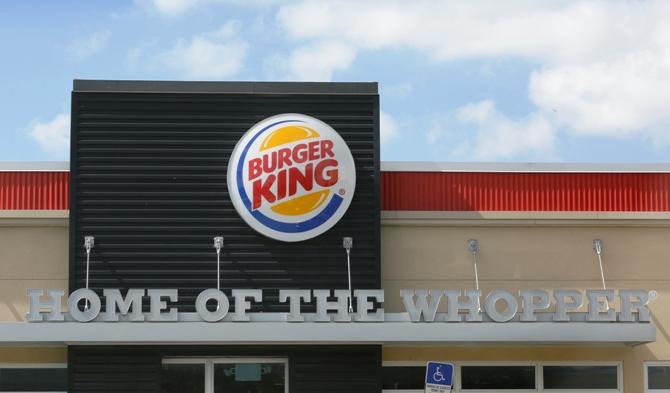 Burger King International, meanwhile, said that it does not comment on possible business dealings.

But the rumours refuse to quell.

Burger King, owned by the Brazilian PE fund 3G Capital, has expanded aggressively outside of the US in the last few years.

It has been eyeing India for its rising disposable incomes and urbanisation.

According to retail industry sources, while McDonald's worldwide is regarded as an entry-level brand with affordable price-points and a focus on the mass market, Burger King is seen as a mid-market brand.

Price-points and the quality of food vary from value to premium given its positioning.

"A large part of Burger King's menu is grilled, only some items are fried," says a retail industry executive, who works for a top fast-food chain in India.

"The quality of food and price-points are higher compared to McDonald's," he says. 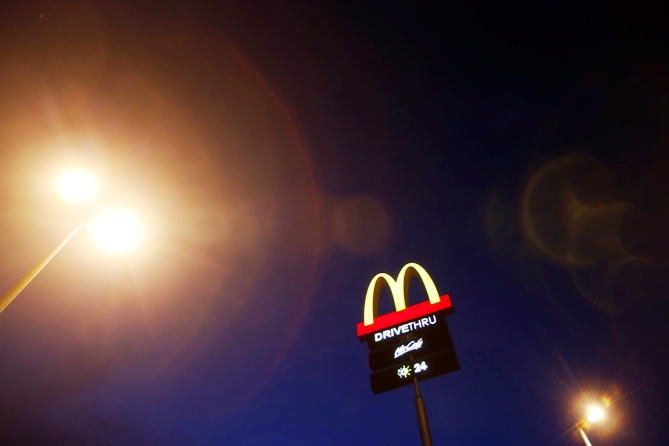 Image: The corporate logo of McDonald's Corp fast food chain is seen on display in the Malaysian town of Pekan.
Photographs: Bazuki Muhammad/Reuters

However, in India, McDonald's has not been perceived as a mass-only brand, with relatively higher-priced McBurgers as well.

According to a recent study by retail consultancy Technopak, the total food service market in India including both organised and unorganised outlets is $48 billion (or nearly Rs 3 lakh crore).

While it is growing at 10 per cent per year, the organised segment comprising chain restaurants (with more than three outlets) and licensed standalone stores, are growing faster at 15-20 per cent.

Saloni Nangia, president, Technopak, says that chain restaurants will move at a pace of about 18 per cent per year, driven by QSRs because their business model is scalable.

Like the market for pizzas, coffee and doughnuts, the burger market, Nangia says, is waiting to explode. 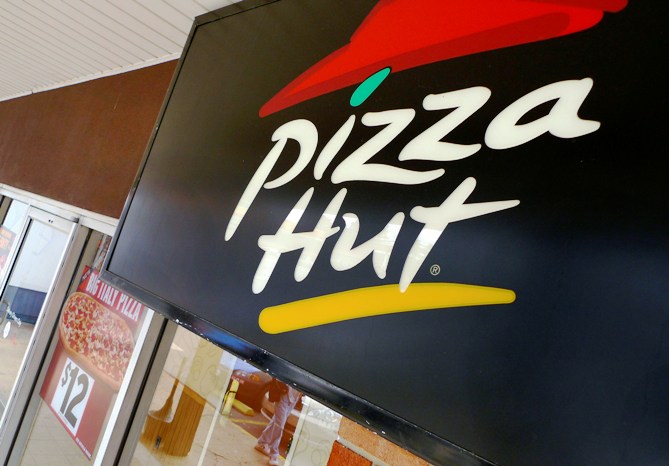 Image: A Pizza Hut logo is pictured outside its restaurant in Vienna.
Photographs: Larry Downing/Reuters

McDonald's, she points out, has led the way with its 330 restaurants and its supply chain. According to Amit Jatia, vice-chairman, Westlife Development, whose subsidiary Hardcastle Restaurants runs the McDonald's stores in the south and west, says his company proposes to add another 75-100 outlets in the next two years.

In the north and east, McDonald's, at the moment, is waging a legal battle with its franchisee, Connaught Plaza Restaurants.

Retail industry sources say that legal issues notwithstanding, McDonald's plans for the north and east may not suffer for long as rivals clamour for a slice of the pie.

McDonald's has started bracing by expanding its menu to include an elaborate breakfast and dessert line-up and entering the coffee segment with the launch of its shop-in-shop McCafes last month. 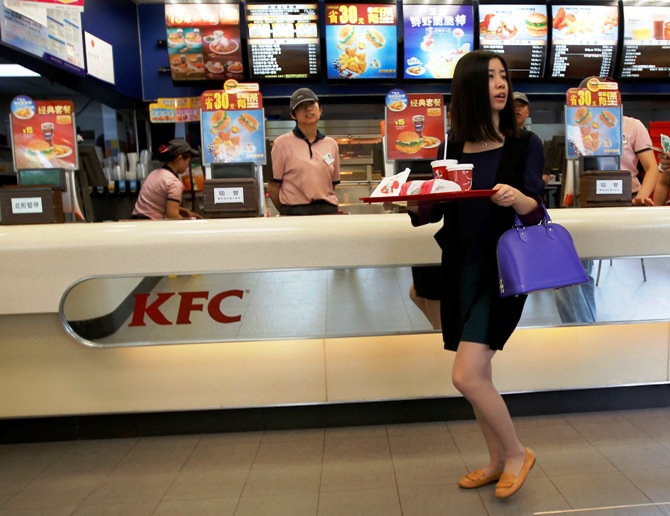 Other fast-food chains such as Yum! Brands' Pizza Hut and KFC, and Domino's are also beginning to expand their menu to increase the ticket size.

Burger King is known for an elaborate spread, launching until recently, new items to mark seasons of the year.

But it will hardly be a cakewalk for Burger King, the last of the big names to manoeuvre in India.

Internationally, it had recently resolved to balance its value and premium offerings, spanning grilled and fried burgers, sandwiches, salads, desserts, smoothies and coffee because of softer consumer
sentiments (from a greater focus on premium).

It has to be seen how the rivals respond to each other's strengths -- Burger King to Mac's ability to generate volumes and the latter to the former's perception of quality.

Burger wars in the offing