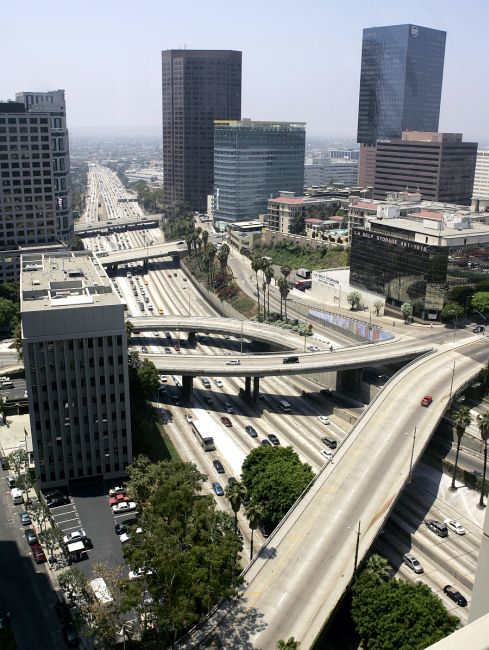 There used to be a time when cities such as New York, London and Paris dominated the rankings of major cities in the world. With the rise of Asia, especially China and India, the picture is changing.

Now, cities such as Beijing and Mumbai are directly competing with New York and Los Angeles.

Let's take a look at the fastest growing megacities in the world. 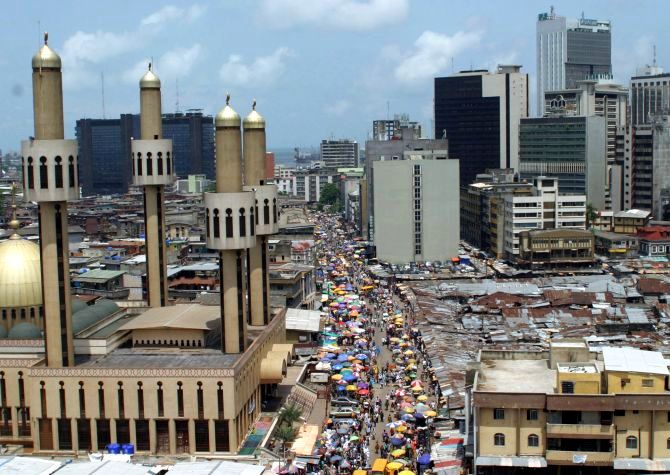 The booming political, financial and commercial capital of Nigeria is a port city that in recent years has become a major oil exporter.

It is a magnet for the country’s growing population, which is increasing by about 4.3 million people a year, according to United Nations’ estimates - an annual increase of about 2.5 per cent.

The majority of Nigerians still live in the countryside so there is a lot of potential for further urbanisation as the country’s economy develops and rural-urban migration continues. 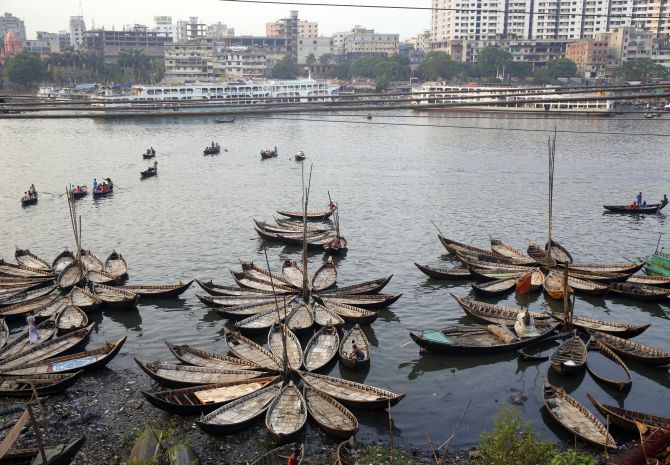 Image: Boats are seen anchored by the river Buriganga, on the outskirts of Dhaka.
Photographs: Andrew Biraj/Reuters

One of the most densely populated cities in the world, there is sometimes very little room to do business in the commercial capital of Bangladesh.

The city has always attracted rural migrants and now increased foreign investment, commerce, and growing service and textile industries have accelerated the trend.

Located on the lower reaches of the Ganges delta, the city is built on flat land close to sea level and is therefore vulnerable to flooding during the monsoon season and due to heavy rains during tropical cyclones. 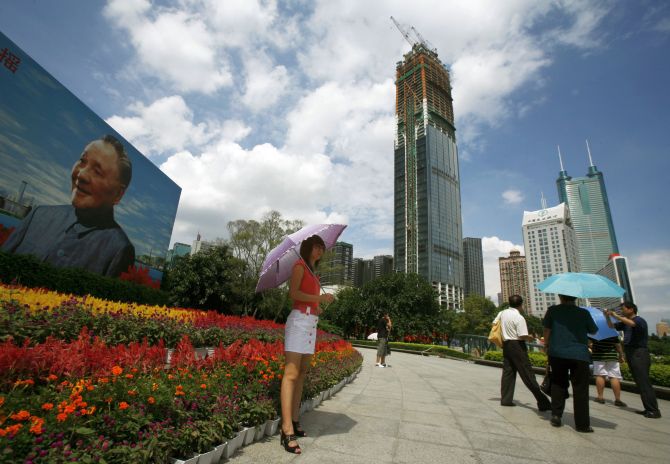 Image: Visitors stand in front of a portrait of the late Chinese leader Deng Xiaoping in the southern Chinese city of Shenzhen.
Photographs: Bobby Yip/Reuters

Located on the southern coast of China, Shenzhen was only a small village in 1970. However, four decades of double-digit growth (between 1990 and 2011 it grew by nearly 12 per cent every year) and its status as China’s first Special Economic Zone has turned the city into a powerhouse of China’s manufacturing boom and one of China’s busiest container ports. 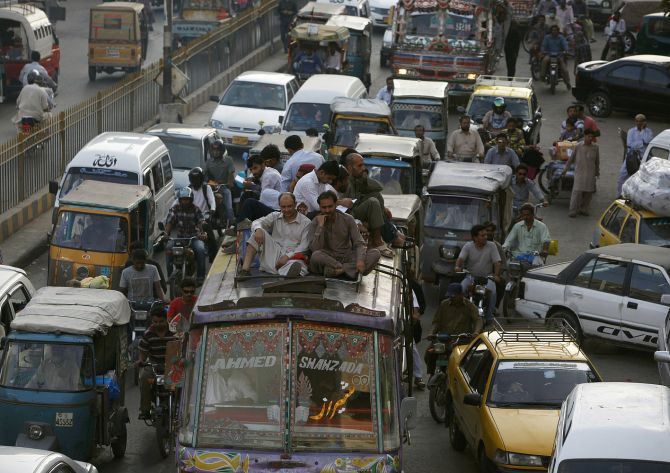 Image: People sit atop a van in the traffic in Karachi.
Photographs: Reuters

Karachi is the second largest city proper in the world after Shanghai and accounts for about 20 percent of Pakistan’s GDP.

It was the capital city until Islamabad was created to spread development more widely across the country.

It is growing rapidly due to rural-urban migration and has recently seen expansion of IT, software, outsourcing and communications industries. 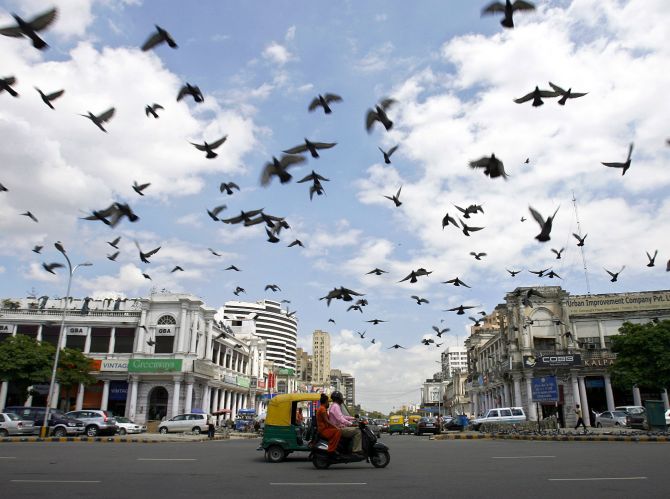 The capital of India has in recent times grown faster than its more exalted and glamorous rival Mumbai, which it recently overtook to become India’s largest city.

Delhi’s rapid growth reflects its position as political capital of the country, tourism centre, and a hub for service industries, as well as comparatively rapid population growth in the neighbouring states of northern India such as Uttar Pradesh.

Rural-urban migration from these states, whose agricultural resources are struggling to support expanding populations, has been a major factor. 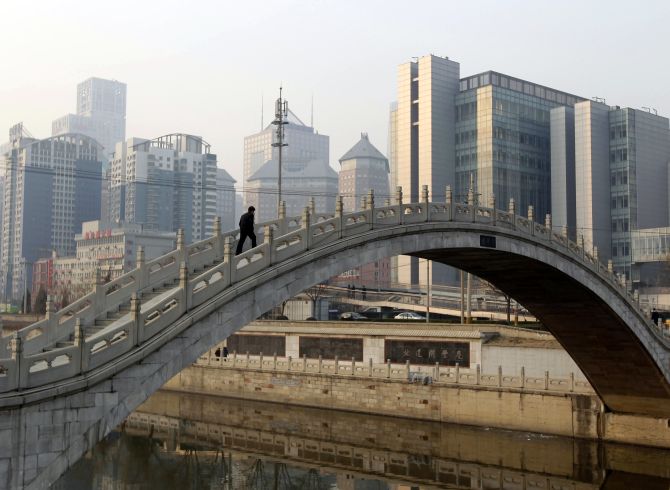 Image: A man walks on a bridge in Beijing.
Photographs: Jason Lee/Reuters

As China’s economy continues to grow and to develop sectors aside from manufacturing and heavy industry, Beijing is likely to thrive as the centre for government, finance, retail and other tertiary industries.

One result has been its now notorious traffic jams and air pollution. One in four residents of Beijing is a migrant from the countryside and that pattern will likely continue as China’s rate of urbanization remains low compared with advanced industrialised nations. 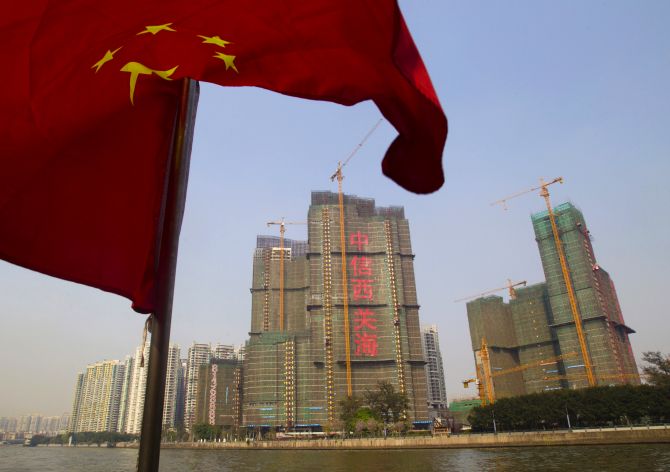 Image: A Chinese national flag flutters on the Pearl River near a construction site in Guangzhou.
Photographs: Alex Lee/Reuters

Migrant workers chat at their temporary house near a construction site in Guangzhou. Historically known as Canton, Guangzhou is China’s third largest city and located on the Pearl River in southern China northwest of Hong Kong.

It is a critical trading port and capital of China’s industrial and manufacturing province of Guangdong, which has been one of the fastest urbanizing areas of the world for many years. 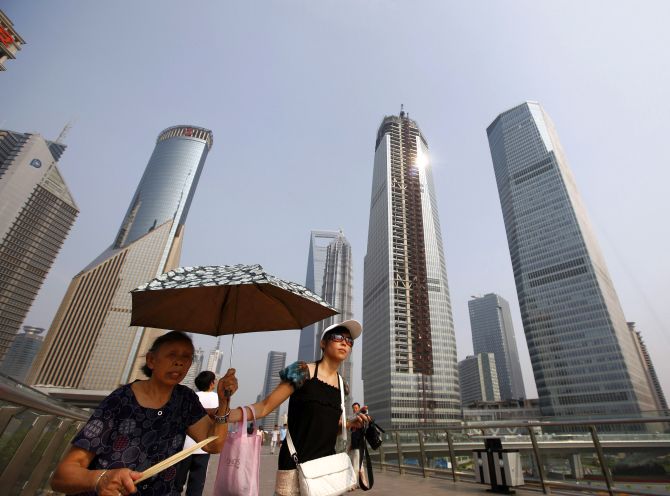 In 1980, less than a fifth of China’s population lived in cities. Today, Chinese urbanites number twice the total US population, thanks to one of the largest internal migrations in human history, and Shanghai is ranked as the planet's largest city proper.

Despite an aging population, an excess in births over deaths will help keep population growth going, according to the UN. 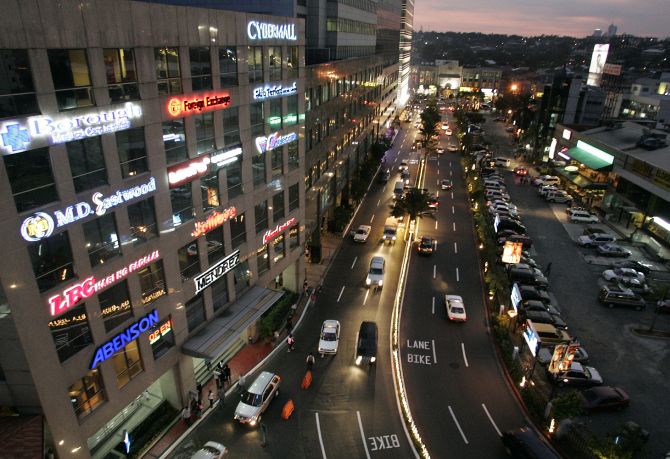 As the Philippines emerges to become one of the next generation of Asian economic powerhouses, the capital Manila is set to continue its spectacular growth, although it faces huge challenges posed by the more than 3 million people living in slums without electricity, sanitation, and access to drinking water. 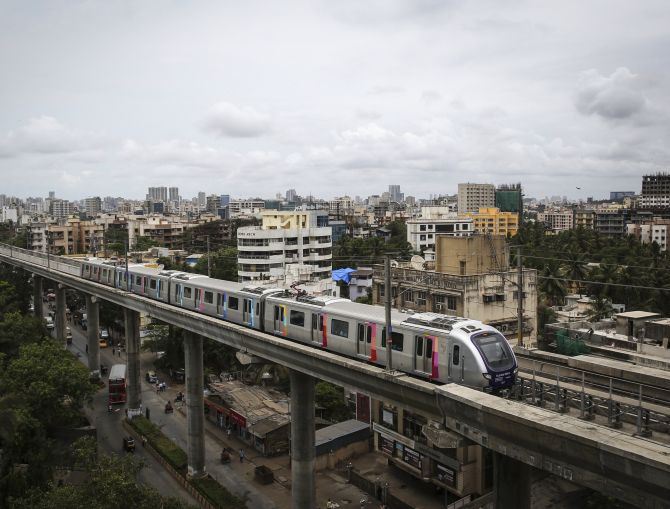 Western India’s commercial and financial capital, and for centuries a trading gateway to the West, the port of Mumbai continues to attract migrants from the rural hinterlands of central India and beyond, not least those attracted by the lure of Bollywood.

With high birth rates and the continued influx of migrants, Mumbai’s population is expected to grow rapidly in the future, although over half of the city’s population lives in slums. 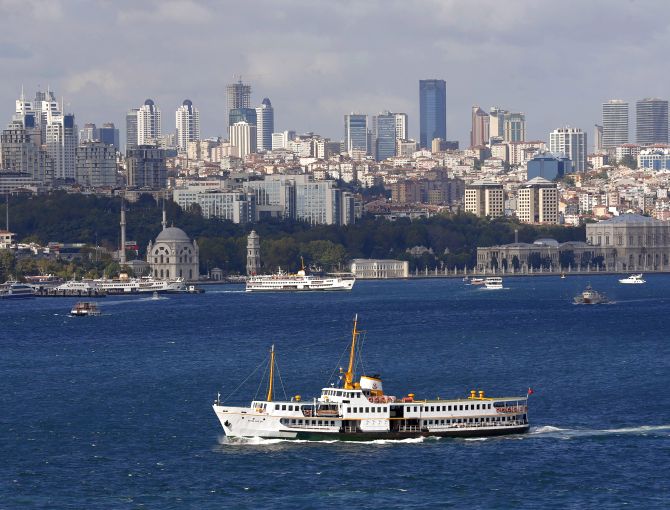 Image: A ferryboat moves along the Bosphorus and past the city's skyscrapers (rear) in Istanbul.
Photographs: Murad Sezer/Reuters

Standing on the banks of the Bosphorus at a historic crossroads between Europe and Asia, Istanbul has grown in recent years thanks to a young and expanding population (about 1 percent a year) and a rapidly growing economy. 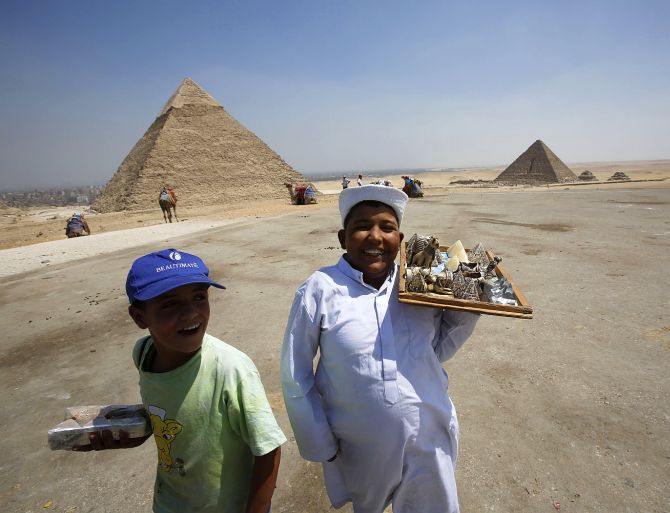 Image: Child vendors react as they attempt to sell souvenirs to tourists at the Giza Pyramids, on the outskirts of Cairo.
Photographs: Youssef Boudlal/Reuters

The largest urban area in Africa and in the Arab world vies with Lagos to be considered the most significant city on the African continent and, as in Nigeria, Egypt’s young and growing population (about 1.4 million people added every year) will continue to feed its principal political, commercial and cultural capital.

Moreover, Egypt is still a rural country with 57 per cent of people living in the countryside.

The potential capacity for further rural-urban migration is enormous.