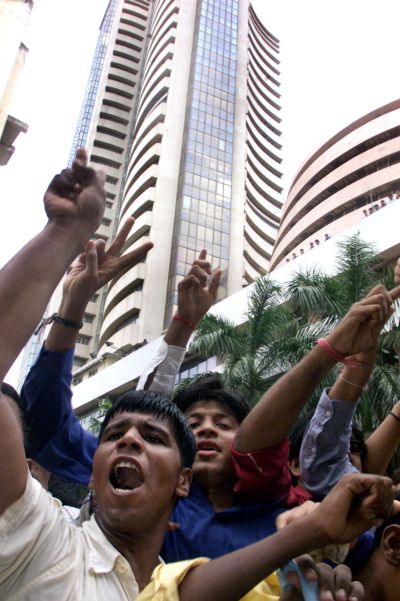 Markets gained on Friday but ended way off their intra-day record highs as investors booked profits ahead of the new cabinet formation by the BJP-led NDA and its key policy measures to stimulate growth.

"We have raised December 2014 target for the S&P BSE Sensex to 28,000. While the budget will now emerge as the next key milestone for the market, investors should begin to assess what the next government is likely to do. With the economic turnaround and revival of manufacturing taking centre-stage we recommend investors to intensify focus on domestic cyclicals and policy improvement plays," says Abhay Laijawala, managing director and head of research, Deutsche Equities

The cumulative market capitalisation of all the 5,373-odd companies listed on the Bombay Stock Exchange (BSE), had soared to a new peak of Rs 82,02,907 crore in intra-day trades.

The total market turnover was Rs 4.83 lakh crore, the third highest ever.

The Indian rupee gained sharply against the US dollar rising to a 11-month high of Rs 58.62 intra-day following the sharp gains in equity markets and hopes of further inflows from foreign institutional investors. Currently, the rupee was trading higher at Rs 58.98 compared to its previous close of Rs 59.29.

Asian markets ended lower with the Nikkei down 1.4% on the back of profit taking and a stronger yen. The Shanghai Composite ended down 0.3%, Hang Seng slipped 0.3% and Straits Times closed 0.3% lower.

European markets reversed early losses and were trading mixed with recovery seen in German and UK markets. The CAC-40 was down 1.3% while DAX and FTSE were up 0.1% each.

"Large caps have seen a good run-up and hence the upside is very limited from here on. The markets are likely to hover around the current levels for some time. For a person holding from a long term perspective, one should stay invested as we see the markets moving to 7,800 by Diwali this year," Sunil Jain, Head of Retail Research, Nirmal Bang. 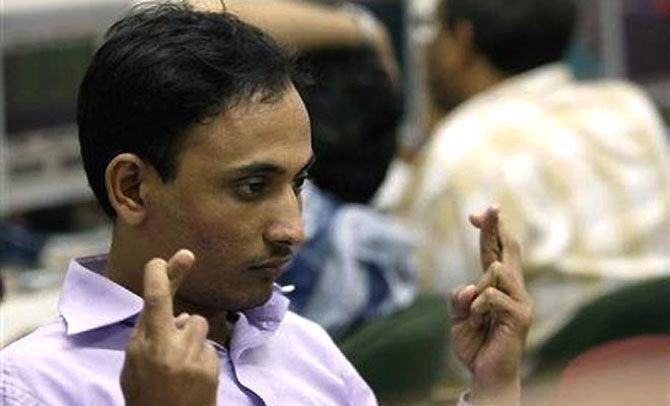 Index heavyweight Reliance Industries ended up 2.6% at Rs 1,080. The company's arm Reliance Jio Infocomm entered into an agreement with Tower Vision India, an independent tower company, to utilise the latter's telecom towers. Tower Vision has a portfolio of 8,400 towers in India.

NTPC ended up nearly 2% after the power major said it has recovered Rs 1,973 crore of dues from Desu, following a dispute between the Centre and the Delhi government over which entity would pay the distributor's dues. 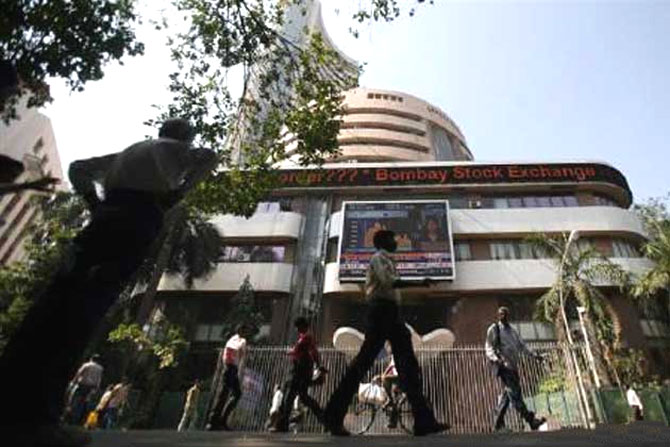 IT shares retreated after the rupee appreciated sharply against the dollar following the sharp gainsi in equities. TCS, Wipro and Infosys ended down 1.6-2.8% each.

Among other shares, A sharp rally in stocks of Adani Group has catapulted Gautam Adani into the top league. Investors are speculating that Gujarat-based companies especially Adani group, will find it easier to do business if Narendra Modi-led coalition forms government. Adani Enterprises ended up 6%. 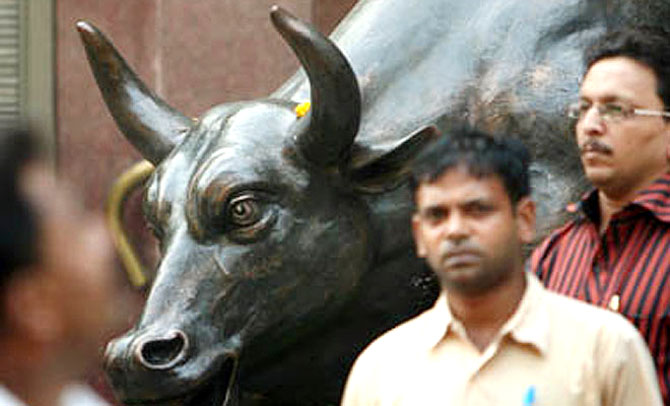 Railway stocks such as Texmaco Rail and Engineering, Kalindee Rail Nirman, Titagarh Wagons, Kernex Microsystems and Hind Rectifiers surged up to 20% each.

Investors are excited about rail stocks as Narendra Modi has been stressing on improving the beleaguered Indian railways. In his campaign speeches, he also highlighted the need to modernise the railway system, just like Japan.

Karnataka Bank ended up 6% at Rs 133 after the Mangalore-based private sector lender reported 21% rise in net profit at Rs 81 crore for the fourth quarter ended March 31, 2014 compared to Rs 67 crore reported in the corresponding quarter last year. The total income for the period went up 7.6% to Rs 1,173 crore from Rs 1,090 crore in the year ago period.

Cement shares were also in demand on hopes that the resumption of infrastructure projects would lead to higher demand for cement. ACC, Ambuja Cements and UltraTech Cement ended up 4-6% each.

In the broader market, the BSE Mid-cap index ended up 2.5% and Small-cap index gained 1.5%.