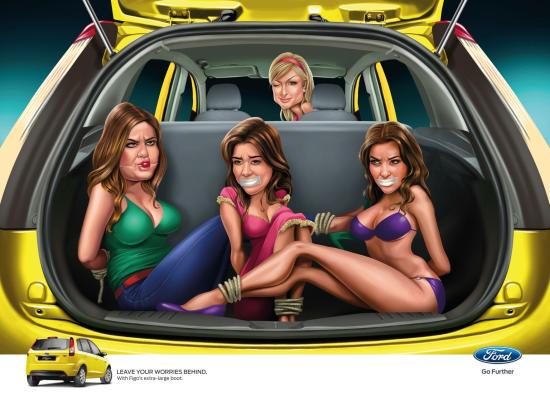 The JWT campaign has kicked up a lot of dust. We take a look at some of the most controversial ads through the years...

There are two issues that the Ford-Figo poster campaign by JWT that has raged through much of last week has raised: One is the emotive issue of scam ads, the second, of controversial ads.

While the latter may not be as close-to-the-heart as scamming is to creatives in the ad industry, it is still no less contentious, used off and on by many to garner attention and at times even drive home a message.

We look at some of the most controversial ads through the years. 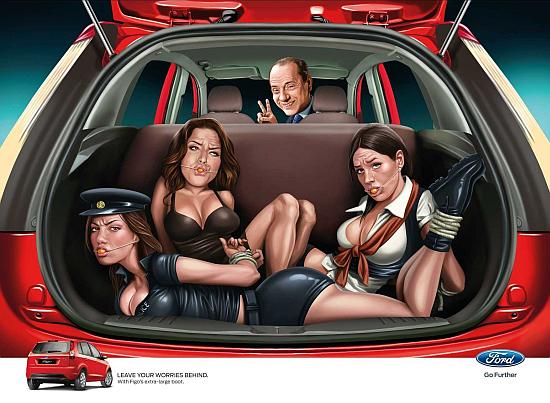 Benetton: No list is complete without a reference to the famous apparel maker.

Yes, there is an Italian connection here, too, as there was in the Ford-Figo campaign where the creators thought passing a comment on the lifestyle of Italian PM Silvio Berlusconi would be taken with a smile. It, instead, blew into a controversy.

In Benetton's case, the scenario was slightly different.

The apparel maker has loved to shock the world with its campaigns and the 2011 'Unhate' ads were no exception. 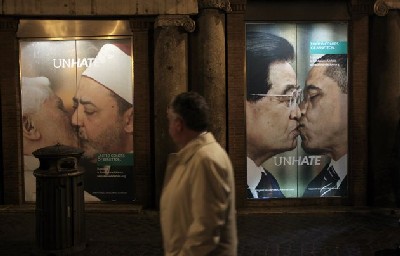 Digitally altered images of the then in-office Pope Benedict XVI embracing a senior Egyptian cleric hardly went down well with the Vatican.

Benetton had to pull off the controversial photograph from the campaign soon after it saw the light of day.

But there were more in that series that caught people's eyes such as US President Barack Obama kissing the late Venezuelan President Hugo Chavez, Obama doing the honours again, this time with Chinese leader Hu Jintao ...the list goes on. Tuff Shoes: Think controversy and the Milind-Soman-Madhu-Sapre ad campaign easily comes to mind. The year was 1995 and the then hot pair of Soman and Sapre, both Indian models, was part of a campaign for a little-known brand called Tuff shoes.

Naturally, Tuff had to do everything to draw the attention of the viewer/consumer.

A series of print ads were launched. But the one that drew the most flak featured Soman and Sapre wearing nothing more than a pair of shoes each with a python wrapped around their bodies.

Women's as well as animal rights' groups were up in arms. The ad had to be withdrawn and both Soman and Sapre were booked for promoting indecency. But this ad for Amul Macho, which featured model and actress Sana Khan (best known for being a finalist in the 2012 edition of reality show Bigg Boss), wasn't just about the quirky line.

The ad showed Khan as a young bride conjuring images of conjugal bliss as she washed the underwear of her husband. Predictably the ad landed itself in a soup for being distasteful. 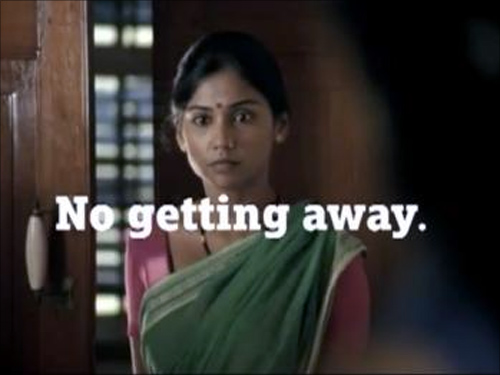 Tata Docomo: The telecom operator had no intention of raising the hackles of domestics and doctors when it ran a set of "humorous" commercials promoting its network strength in September 2011.

They were instead branded by activist groups as promoting a class bias. Here's why: An ad shows a maid cleaning a room. While doing so, she spots her mistress' mobile phone and pops the instrument into her blouse. She is caught when the phone rings. The parting shot goes - No Getting Away.

A second commercial shows two doctors congratulating each other after completing a surgery. The phone rings and one of the surgeons puts his hand in his pocket only to realise that he'd left the device in the stomach of the patient! Funny? You decide. 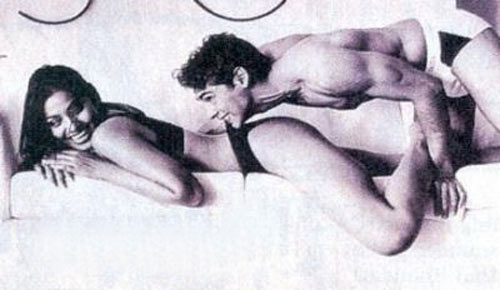 Calida: Most remember the ad less for the brand it was executed for and more for the models who featured in it and what they were doing.

The ad goes back to 1998 when a young Bipasha Basu and her then partner and fellow model Dino Morea were shot having a little fun wearing Switzerland-based Calida's undergarments.

The copy said: And you thought your appetite for indulgence could only be whetted by Swiss chocolates. The ad was described as being too crass for Indian sensibilities and was banned.