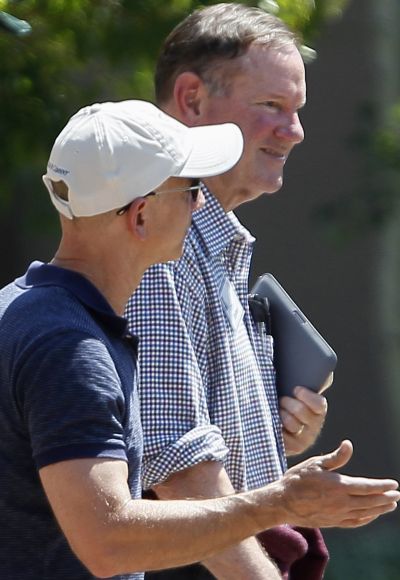 For years, the Graham family, owners of the Washington Post, would fly two dozen senior editors to a luxury resort in Puerto Rico, where they would mingle with then-chairwoman Katharine Graham and listen to her son, Donald Graham, talk about the need to cut expenses.

As they headed for the hotel casino or to the golf course few editors could take Graham's warnings seriously.

They also knew that when the big story broke, they would be told personally by Graham to mobilise without regard to cost.

The Grahams tended to describe their mission not as making money but as "stewardship" in the public interest, a message passed down through four generations and from the family to the newspaper's managers. 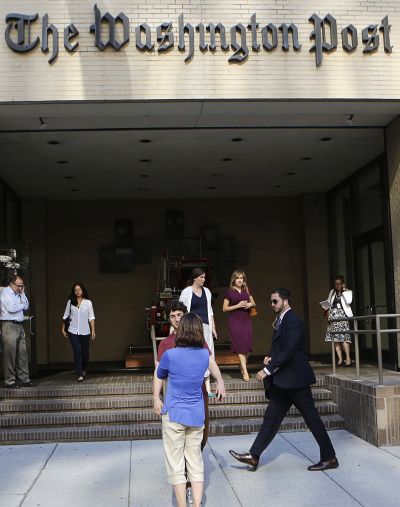 Image: People walk by the entrance of the Washington Post headquarters in Washington.
Photographs: Stelios Varias/Reuters

"When I first joined, Phil told me that if we ever made" more than a token profit, "we'd be ahead of the game. He thought of it as a public utility," supported financially by television stations and other properties owned by the paper, said Pincus.

By the late 1970s, long before the Internet, it was becoming apparent that the Grahams' public service commitment might not be fully compatible with the growth required of a publicly traded company.

Katharine Weymouth, granddaughter of Katharine Graham and now the Post's publisher, said as much in her comments in the Post Monday after its sale to Amazon's Jeff Bezos was announced.

"If journalism is the mission, given the pressures to cut costs and make profits, maybe [staying a publicly traded company] is not the best place for The Post."

Former Post executive editor Leonard Downie agreed. "A public corporation, dealing with all this change, is probably less flexible in being able to maximise the potential of a multiplatform news organization like the Washington Post than a private company that does not have to answer to shareholders," he said. 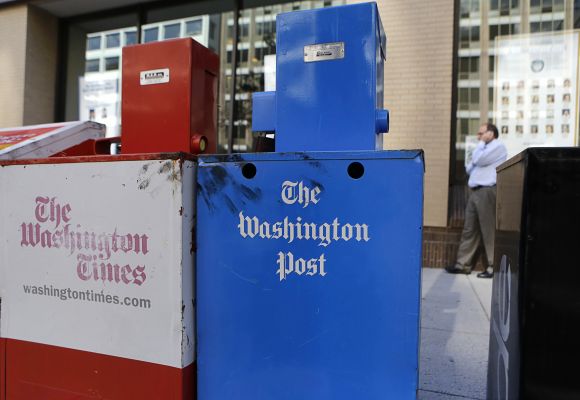 The digital revolution has battered the newspaper industry. Ironically, however, Donald Graham, a technophile in his 60s, quickly grasped the threat the Internet posed and the opportunities it presented, said Larry Kramer, a former Post editor who became a digital news entrepreneur and founder of what became CBS MarketWatch. He is now president and publisher of USA Today.

But Graham kept the Washington Post newspaper and its staff walled off and across the Potomac River from its digital operation in Virginia when it started. That was a mistake, in Kramer's view, that wasn't rectified until 2010, more than a dozen years after the online Post launched.

"They were ahead of their time at certain times," said Kramer. But the online Post "was never fully integrated into the business" until it was too late. By then, "they were in a bit of an identity crisis," he said.

"We expanded the staff like crazy and we went after prizes, not after readers," said Pincus.

During Donald Graham's final 10 years as publisher, ending in 2000, "we won more Pulitzers than any other newspaper and lost 120,000 in circulation." The decline has continued, with paid circulation dropping 14 percent in the past three years, to 480,166.

"A newspaper as a newspaper," said Pincus, "can never generate enough money to keep it coming."