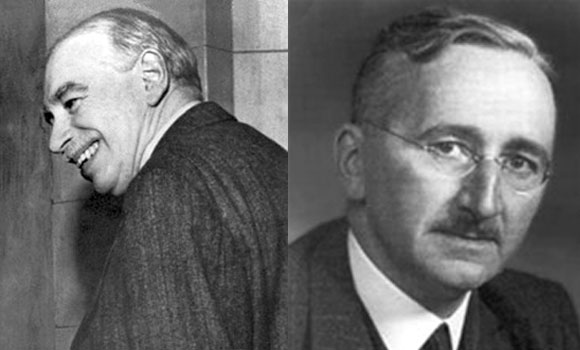 Is the unfolding Sen-Bhagwati debate likely to have the same impact on economic policy in India as Hayek versus Keynes had on the West?

No, this is not about the ongoing Jagdish Bhagwati-Amartya Sen debate, although I’ll come to that later. I’m referring to a famous exchange of letters in October 1932 and the two economists that spearheaded the letters to The Times of London were no less than John Maynard Keynes and Friedrich von Hayek.

That was only the beginning of a lifetime of public sparring between two individuals who disagreed vehemently on economic policy but held each other in high mutual esteem. Many writers have dubbed the intellectual duel between Hayek and Keynes as one of the great intellectual contests of the 20th century or indeed of modern times.

Echoes of their debate resonate even today in places such as the United States or Europe in shaping competing views of how best to combat the recession in which the global economy is still stuck.

What makes the Hayek-Keynes battle of ideas different from most intellectual controversies is that the ideas of these two men had a profound impact on economic policy in the US, Britain and elsewhere. The “Keynesian Consensus”, that governments needed to actively intervene to combat recessions by spending more, became orthodoxy after the end of the Second World War and held sway for almost three decades.

Then, with the problem known as stagflation, a combination of high inflation and high unemployment, the faith in Keynesian economics broke down for a time, and new policies such as deregulation and privatisation came to the fore.

In this, Hayek, as well as Milton Friedman, had a huge impact. However, Hayek might not have had the last laugh. Keynesian economics, which had been rubbished by many serious economists, has made a comeback in the wake of the global financial crisis and the battle of ideas is far from over. 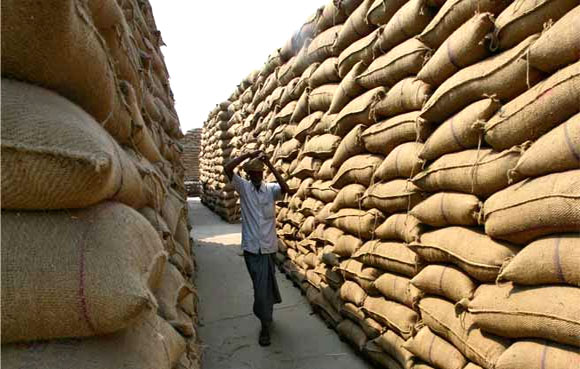 Is the unfolding Bhagwati-Sen debate likely to have the same impact on economic policy here as Hayek versus Keynes had on the West?

In some important senses, they both already have had a huge impact in different ways. Economic liberalisation starting in 1991 in many ways owed a debt to Bhagwati’s long advocacy, going back to the 1970s, that India’s economy needed to open up.

The fact that then finance minister Manmohan Singh was a Cambridge classmate of Bhagwati certainly didn’t hurt. More recently, however, one can see the imprint of Sen’s rights-based approach in many large schemes unveiled by the UPA, the most recent being the food security Bill.

While critical of many of the details, Sen is broadly supportive of the idea of creating an entitlement to food, which builds philosophically on the “capabilities approach” to well-being that he developed with philosopher Martha Nussbaum.

As it happens, Sen was also at Cambridge in the days when Manmohan Singh and Bhagwati were there. In fact, if I’m not mistaken, all three of them won the Adam Smith prize in different years when they were students. Just imagine having been there at that time.

Of more direct salience might be the fact that Sen’s long-time collaborator is Jean Dreze, a former member of the National Advisory Council, effectively Sonia Gandhi’s in-house think tank for the UPA.

But how about going forward? Will the current debate on the appropriate balance between growth enhancing policies on the one hand and social spending on the other make a difference on the actual economic policies of whichever government takes power next year. 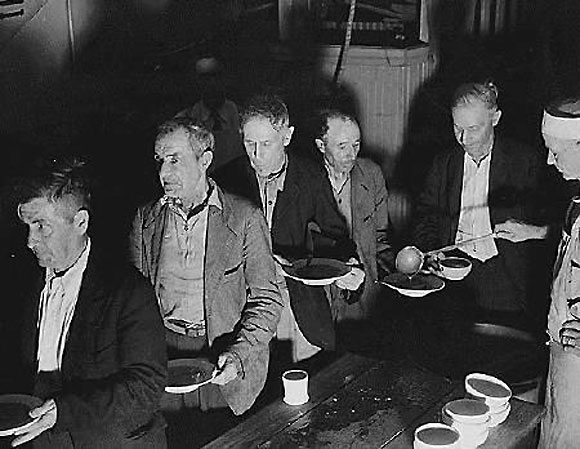 Image: File photo of unemployed men at the Volunteers of America Soup Kitchen in Washington during the Great Depression, 1936.
Photographs: Reuters

The Hayek-Keynes debate provides some useful clues. The ideas of both were translated into economic policy, both, because of historical circumstance and also because they were championed at crucial moments by politicians who carried conviction in their ideas.

To put it crudely, the Second World War was a great natural experiment for Keynesian economics. Massive wartime spending — one type of government spending, not exactly what Keynes had in mind — essentially ended the Great Depression.

By the same token, Hayek’s free market ideas were championed first in Britain by Margaret Thatcher and then in the US by Ronald Reagan. Whether you love them or hate them, Thatcher and Reagan had very definite ideas on what they thought the right economic models for their respective countries.

We’re not in a war and nor do we have idea-driven politicians like Thatcher or Reagan. While the feud between Sen and Bhagwati and their various disciples and collaborators is great fodder for newspaper columns and TV talk shows, it’s not evident that the niceties of this debate are going to resonate with the Indian electorate or have much impact on the election campaign to say nothing of the economic policy platforms of any of the major parties.

More likely, the impact of the ideas of these two great economists will work indirectly, as suggested by Keynes himself. By shaping the way politicians not necessarily even today but in the future think about economic policy, the different emphasis of Sen and Bhagwati might well have a longer term impact.

In the shorter term, it’s more likely the perspectives of both Sen and Bhagwati will colour the way we see important economic news. The sharp drop in the poverty rate during the tenure of the UPA raises the question of what was responsible.

One thing is for sure. This is the first time that economic policy debates between two great economic thinkers have been at the forefront of public discourse in India.