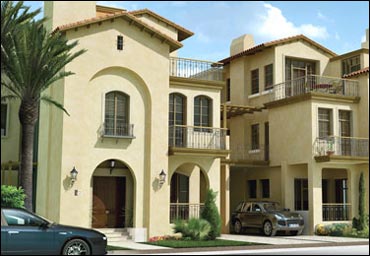 Around 2007-08, there was a bit of a media frenzy (which extended to international publications) over how India's wealthy and upwardly mobile classes were shutting themselves away from reality by choosing to live in villas and apartments in gated communities, hinting at an innate insensitivity.

But while the contrast between newly returned non-resident Indians, executives in MNCs and expatriates and the world beyond those gilded gates they sought to keep out made for good copy, the furore does not quite seem to have taken the sheen off villas.

Far from it, in fact.

A case in point would be Emaar MGF's 'Palm Springs' project near the DLF golf course in Gurgaon  -- a gated community with 230 apartments and 80 luxury villas.

The company says the initial block of 60 villas -- the biggest of which have five bedrooms, a lounge area, a terraced garden and an elevator (to go up and down four levels) -- was sold out in a year of its launch (in 2006-07), as were the 20 villas launched subsequently. 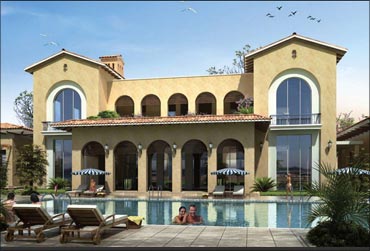 Buoyed by the response, the company has come up with a more ambitious project consisting of 500 Spanish villas, titled 'Marbella'.

Emaar MGF is by no means the only developer bullish on villas in the National Capital Region -- Unitech has launched phase II of its Nirvana villa project, having sold out the units in the first phase, while Vipul Group's Tatvam offers 250 villas, each of which comes with a plunge pool. 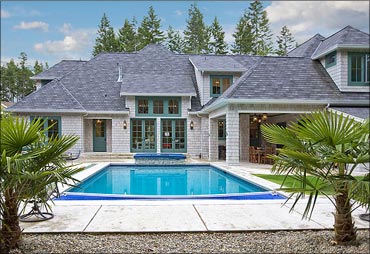 And there are others in the pipeline -- Bangalore-based Sobha Developers' first project in NCR, the 153-acre 'Sobha International City' in Gurgaon, will have villas and row houses.

Living in an apartment is usually unavoidable if one is working in a metro but this has not curbed Indians' traditional desire to own land -- one reason why villas are attractive, feels Shveta Jain, director - residential service at real estate service firm Cushman & Wakefield India.

And considering that a villa in a gated community will give you all the facilities of an apartment along with privacy and independence (and a garden or a swimming pool or even both), it does present a tempting proposition. 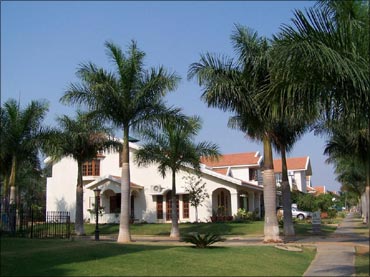 Due to the availability of land on its outskirts, Bangalore has traditionally seen more villa development, compared to the National Capital Region, where it is a relatively recent phenomenon. Completed in 2004, 'Palm Meadows' in Whitefield, now considered an 'exclusive' address The Economist mentioned it was on the same lines as the richest blocks of Los Angeles), was one of the first gated community projects with villas in the city.

"We wanted a garden and lots of space around the house, which is why we preferred to buy a villa rather than an apartment," says Padma Parthasarathy, a consultant with Mahindra Satyam and the owner of a three-bedroom villa on a 7,500 sq ft plot in Palm Meadows.

"The term villa itself is a USP. And there are customers willing to pay for the tag of exclusivity that comes with it," says J C Sharma, managing director of Sobha Developers. 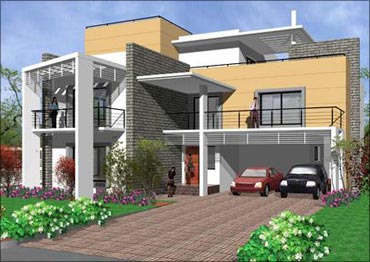 The listed company is developing 'Lifestyle Presidential Villas' near the new Bengaluru airport, where for Rs 7 crore (Rs 70 million) you can get a 10,000 sq ft villa, which comes with a private pool.

Villa development in Mumbai, where land is hard to come by, is another ballgame.

"While the buyers of villa projects in NCR and Bengaluru are looking to purchase villas for their own use as primary homes, in Mumbai they are primarily second home buyers," says Anuj Puri, chairman and country head of property consultant Jones Lang LaSalle India.

Favoured locations for such projects are Borivali, Goregaon and Thane in Greater Mumbai as well as areas like Panvel in Navi Mumbai and Alibaug. Auction house Saffronart and Cushman & Wakefield's spring catalogue on properties has listed villas in Alibaug and Madh Island, among others. 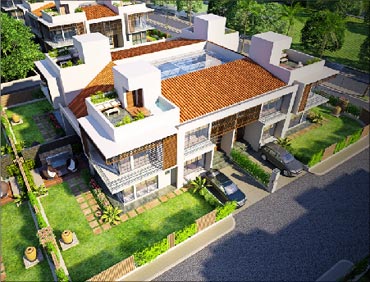 And this is why developers also try to position each project as uber exclusive -- Samira Habitat's Pavilion in Alibaug, for example, includes limited edition villas designed by Sabyasachi while Orbit's Mandwah villa township plans to offer 'seven-star housekeeping on request', a helipad and putting green.

For now, such houses are perceived mostly as weekend getaways though Narayanan adds that if connectivity keeps up with the city's outward expansion, some of these second homes could well become first homes. 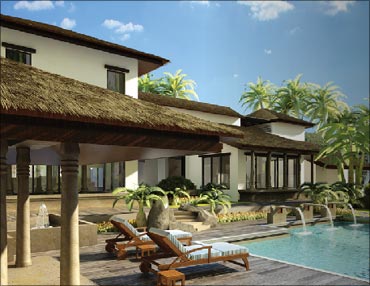 For the developer, marketing villas, which are essentially a niche product, calls for a different strategy.

"Top management executives of the major offices of that city along with non-resident Indians and high net-worth individuals are the typical target audience in the villa segment," says Puri. Emaar MGF's Jerath says the company approaches only the higher rung of executives while selling villas and there's a separate team to handle such clients.

"A lot of these sales are driven by word of mouth," he says. The villa business is also a high-margin one, though developers claim otherwise, preferring instead to term it a tougher route.

The time has never been better for villas, it seems. But for those of you looking to buy a villa of your own, particularly as a second home, Knight Frank's Narayanan has a word of caution: "The primary reason to buy a property like this should be because it is a lifestyle choice, and not an investment decision. Remember, second homes are easy to buy but very difficult to sell."