Sixty-eight paintings that once belonged to fugitive diamond merchant Nirav Modi will go under the hammer next week. 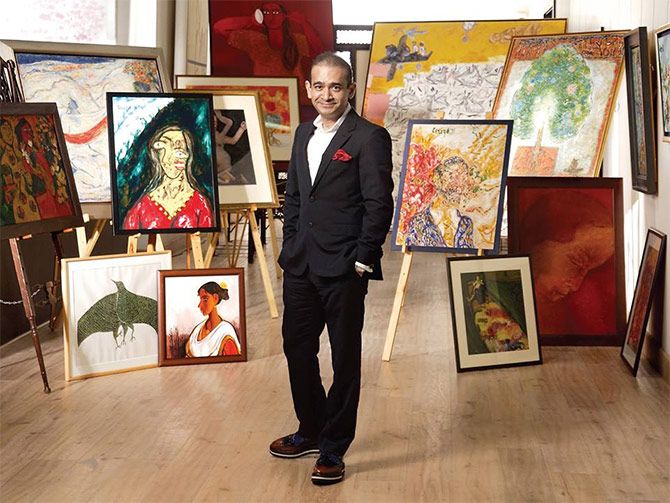 A little over a year after fugitive diamantaire Nirav Modi was accused of siphoning off billions from Punjab National Bank through fraudulent means and fleeing the country, his art collection, which he leveraged to gain credibility and climb the social ladder, is up for auction.

Leading Indian art auction house Saffronart will put up 68 lots for sale at its Spring Live Auction on March 26. According to its website, Saffronart’s auction is being conducted on behalf of the tax recovery officer, Central-3 in Mumbai, for the Government of India’s income-tax (I-T) department.

The catalogue is estimated by experts to be valued between Rs 30 crore and Rs 50 crore, but as is the case with most auctions, the reserve price determines the net collections at the end of the sale.

Reserve prices are prices set by the seller and the auction house as to which they are agreeable to liquidate and can be lower than the lower-end estimate set for the artwork.

The art is being auctioned in a bid to recover around Rs 96 crore due from Camelot Enterprises, one of the dozens of subsidiaries and shell companies Nirav Modi was operating, according to a sale notice on the website of the I-T department in Mumbai.

The lots will include works by established masters like F N Souza, V S Gaitonde, Jogen Chowdhury, and Raja Ravi Varma, as well as emerging modern artists such as Reena Kallat, Jitish Kallat, and Subodh Gupta.

Dinesh Vazirani of Saffronart wasn’t available for comment till the time of going to press. 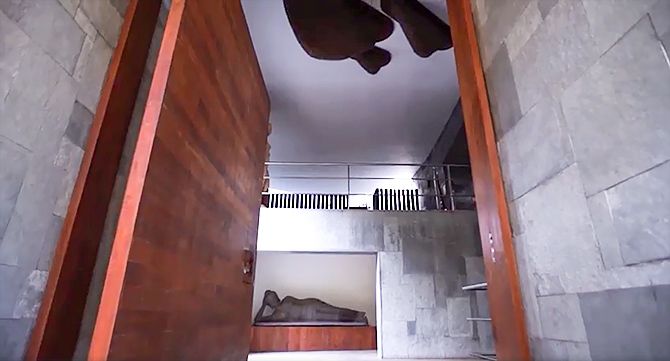 This is the second time that Saffronart is doing an auction of seized assets, the first time being for assets YES Bank had received from a defaulter around seven years ago, say sources.

The authorities had invited six auction houses to submit tenders for the auction and four participated. Those included Pundole’s, Christie’s India, AstaGuru, and Saffronart. Saffronart was selected.

While earlier news reports had suggested many of his paintings and objets d’art were fake, experts say that was a misrepresentation and for Nirav Modi, buying authentic art was a way of establishing his credibility in elite social circles.

“Anytime an individual buys a painting by a famous master that is worth a few million dollars, it gets everyone’s attention in that universe,” says Ashvin Rajagopalan, director at the Piramal Art Foundation. “In fact, Nirav Modi’s collection was a well-curated one, with a diverse range of work from both modern and contemporary Indian and Chinese artists as well.”

While professionals say art going up for auction reflects a top-shelf selection of the finest works on the market, they aren’t as sure if most collectors will be at ease buying works that are tainted by association with a fraud.

“It’s almost like buying blood diamonds or conflict diamonds, because while the paintings were created by artists with a noble intention, the means to buy them are under a cloud of fraud and anyone who buys them may find themselves in an awkward position,” says Rajagopalan. “Equally, some cold-blooded die-hard collectors won’t give a fig and go right ahead.”

Dadiba Pundole, who runs long-time art gallery Pundole’s, says, “The matter of stigma in buying a piece of art that was purchased through money gotten by fraud is for an individual to decide, but the reality is that the proceeds realised will benefit the government”. 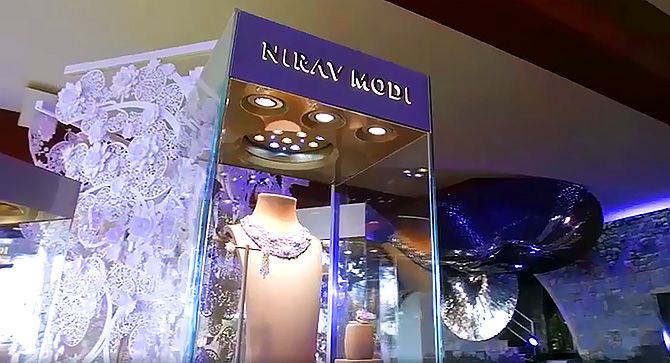 Saffronart is conducting a second online auction that also features works by F N Souza, Jogen Chowdhury, and Jagdish Swaminathan, and will kick off on March 27, right after the Nirav Modi auction, which means there may be a wait-and-watch approach as far as the first auction is concerned.

Recently, the authorities had used dynamite to demolish Nirav Modi’s farmhouse, called Roopanya, in Alibaug, which had a number of expensive paintings in it as well as an art installation by Vishal Dhar on the roof, which, sources say, have most likely been destroyed.

Success or failure, the Saffronart auction will do two things: Liquidate a collection of works that Nirav Modi had passionately put together over a decade, and then generate some revenue for the taxman, regardless of whether it misses or beats estimates.