News
Business
Movies
Sports
Cricket
Get Ahead
Money Tips
Shopping
Sign in  |  Create a Rediffmail account
Rediff.com  » Business » World is awash in capital, no better time to be an entrepreneur: Kumar Birla

World is awash in capital, no better time to be an entrepreneur: Kumar Birla

A hallmark of some new businesses today is that they seek to use the brute force of capital, combined with smart technology and operations, to create new needs that you didn’t even know existed, the chairman of Aditya Birla group said in a blog post on the trends for the new year. Birla said the world is awash in capital and there has perhaps rarely been a better time to be an entrepreneur, as everyone from angel investors to public markets line up to back ideas.

“The competition for investment opportunities and the fear of missing out (FOMO) have driven up valuations of many fledgeling companies to stratospheric levels,” he said.

“Historically, the key question for any new business was whether it fulfilled an unmet consumer need. A hallmark of some new businesses today is that they seek to use the brute force of capital, combined with smart technology and operations, to create new needs that you didn’t even know existed,” he said.

For example, Birla said a customer is nowadays receiving groceries at his doorstep in less than 10 minutes and whether it is a service that one cannot live without?

“Clearly many consumers think so. Ultimately, my own view is that at some stage unit economics will have to matter. And trusty old concepts like cash flows and gross margins will guide behaviour and actions. The only sustainable moat is the one based on intellect. Large waves of cheap capital will eventually erode all other entry barriers,” Birla said.

“From Aditya Birla Group’s experience in multiple businesses, across multiple geographies, I can say that in the long run sustainable and successful businesses are those that generate tangible profits, prosperity, livelihoods quarter after quarter. Valuation and business longevity will automatically follow,” said Birla.

On capex, Birla said with the twin-balance sheet problem of stressed loans and over-leveraged corporates behind India, the coming decade will see an upsurge in capital expenditure across many sectors.

“I believe, we have upon us a forthcoming decade of Capex Mahotsav in India. The private sector is also firing on two-engines, the conventional and the new economy. I call it the ‘double-engine growth’. Investors are excited about growth prospects in core sectors as well as sunrise sectors. In my view, though, the word sunrise sector applies to the entire landscape in India, which includes both conventional sectors such as cement, steel, power and auto and emerging areas like digital and renewables,” Birla said in a web post on the trends for the new year.

On global economy, Birla said the speed and magnitude of the global bounce back has surprised everyone but also left some constituents unprepared.  “From being the invisible wheels that oiled the global economy, the nuances of supply chains and the intricacies of multi-modal optimisation have now become central to our discourse,” he said.

“Whiplash effects have come into force, with shortages in humble $1 semiconductors in Taiwan, and a fire in a lithography factory in Berlin, lengthening the queues for eager buyers of new cars in India. In messages reminiscent of the license era, hopeful car aspirants are being put in long waiting lists as companies scramble to crank up production,” Birla said.

“On the one hand, container shortages in some parts of the world, combined with port pile-ups elsewhere, reinforce the point that the physical world still matters. Despite all triumphant proclamations of software eating the world, the absence of sufficient truck drivers can bring sophisticated operations to a grinding halt. These whiplash effects have called into question a decade-long shift towards increasing efficiency and finely tuned precision operations that optimised operating costs but took away room for margins of error,” Birla said. 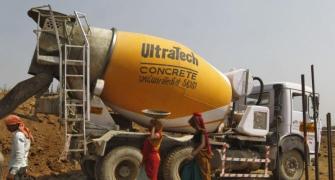 Why Birla is the undisputed king of India's cement sector 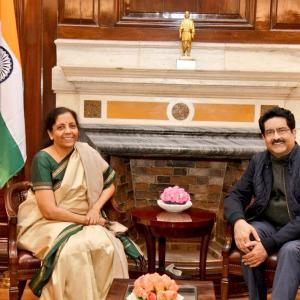