States are now gearing up to implement the scheme, integrating it with their own public health insurance plans and tying up the loose ends.

As the Centre’s ambitious project, the Pradhan Mantri Jan Aarogya Yojana, widely touted as Ayushman Bharat or Modicare, is all set for a launch on Sunday, states are gearing up to implement the scheme, integrating it with their own public health insurance plans and tying up the loose ends.

Experts feel that the initial days of the scheme are likely to see teething troubles, like lack of manpower.

Sample this: Tamil Nadu, the only southern state to be on board for now for Ayushman Bharat, has a tough task at hand. It has said that the Chief Minister’s Comprehensive Health Insurance Scheme, in operation since 2008, would be suitably linked with the PMJAY.

It plans to extend the Rs 500,000 cover per family per year not only to those eligible under the PMJAY, but also to those already covered under the CMCHIS.

The PMJAY is expected to cover 28.5 million individuals in 7.7 million poor families under the socio-economic caste census (SECC) list.

Tamil Nadu chief minister Edappadi K Palanisamy ordered that the CMCHIS coverage would be raised up to Rs 500,000 to ensure uniform benefit for all. Experts feel that this may increase the financial burden for the state government significantly.

Tamil Nadu has opted for a model wherein the Centre would provide 60 per cent of the net expenditure for 7.7 million families which is estimated to be around Rs 3.5-4 billion.

At present, the state government is spending around Rs 13.50 billion. The premium per family works out to around Rs 699. Tamil Nadu would implement the scheme through a mix of both assurance and insurance models.

In Gujarat, the existing beneficiaries of its Mukhyamantri Amrutam Yojana (who now get around Rs 300,000 cover) would stand to gain from the enhanced cover.

While the Gujarat government claims to have covered around 90 per cent of beneficiary families as on date under its existing Mukhyamantri Amrutam and Mukhyamantri Amrutam Vatsalya health insurance schemes, a recent Comptroller and Auditor General probe has found serious lapses in implementation of the plans.

Till March 2017, only 2.263 million or roughly 54.54 per cent of the total BPL beneficiaries were enrolled in the MA scheme. Even the high percentage of BJP enrolment in the years 2012-13 and 2013-14 was due to issuance of bulk printed MA cards for BPL families already registered under the Rashtriya Swasthya Bima Yojana.

The government, however, claims that by now it has covered 4.485 million families under its MA Yojana. Enrollment issues apart, experts feel that lack of adequate manpower could emerge as a major hurdle for implementation of the new scheme.

Experts from the Centre for Policy Research said that besides manpower, other challenges would include getting the price right for procedures, negotiating them frequently and updating them based on data, for such schemes to benefit the patients.

Implementing the scheme would require significant investments in a state’s capacity.

“As in the RSBY, state governments will handle most of the implementation and this will require an interest, willingness and, above all, capacity within state governments to make massive investments in the administrative structure,” according to a group of experts who wrote in CPR’s blog.

CPR experts also pointed out that in states like Uttar Pradesh where the scheme may cover 50 per cent of the population or around 100 million people, it implied that the administrative staff number should be above 10,000 to run a single purchaser scheme.

“But the RSBY headquarters in UP had 42 staff, including a chief executive officer, nodal officer, contractual staff and medical officers,” experts at CPR said in their blog. To run a scheme as complex and large-scale as Ayushman Bharat, significant investments in human resources are required at the state level, said the CPR experts.

Telangana, on the other hand, which is not on board for the Ayushman Bharat roll out at the moment, is of the opinion that there were anomalies related to rates for medical procedures.

There are certain anomalies as rates prescribed for various procedures are different for state and central schemes in certain cases, said sources from Telangana.

Also, the number of BPL cards are higher in both Telangana and Andhra Pradesh than the ones approved under the central food subsidy scheme.

Sources from the health department of Kerala, which has not signed the MoU for the scheme so far, alleged that the Centre has not explained the terms and conditions of the scheme properly.

While the state is studying the scheme, some of the officials said it could be a burden considering that the state government may have to pay more premium under the PMJAY scheme. 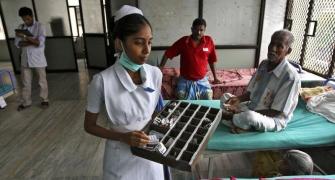 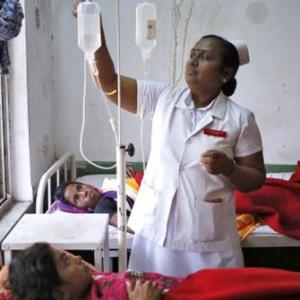