Explained: Why volumes in F&O segment may shrink in coming months

So far, brokers only reported margins at the end of the day, which is why they were able to give additional leverage even if the client didn’t have minimum margins. 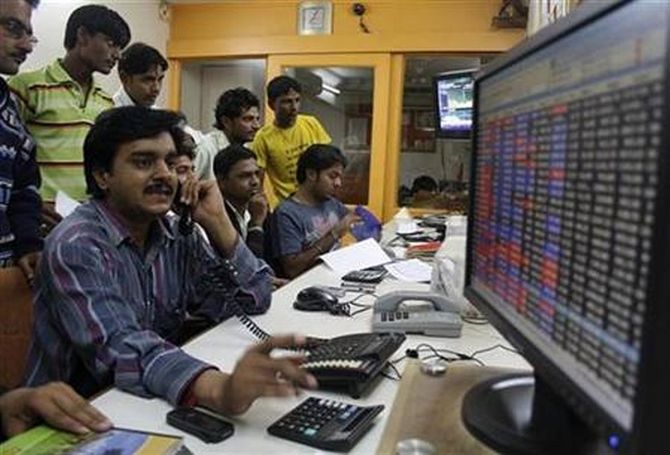 Volumes in the futures and options (F&O) segment are expected to shrink by a third in the coming months as the new peak margin norms come into effect from Tuesday.

The F&O segment contributes about 90 per cent to the overall market volumes, nearly half of which is intra-day and heavily reliant on excess leverage.

The maximum intra-day leverage that can be offered by a broker will now be restricted and will keep reducing until September 1, 2021.

After this, a broker can provide maximum leverage that is equal to SPAN+exposure for the F&O segment and VaR+ELM (minimum 20 per cent) for the cash segment.

SPAN is standard portfolio analysis of risk, VAR is value at risk, and ELM is extreme risk margin — metrics used to determine the risk to investment for a particular security.

“As leverages decrease, F&O volumes are likely to take a hit. At Zerodha, we expect volumes to be impacted by 20-30 per cent in the coming months.

"Brokerages that were aggressive in doling out intra-day leverages will be impacted the most,” said Nithin Kamath, CEO, Zerodha, the country’s largest broker by active clients.

So far, brokers only reported margins at the end of the day, which is why they were able to give additional leverage even if the client didn’t have minimum margins.

This was on the condition that the position will be squared off before the end of the day.

Going forward, there will be a short-margin penalty if brokers fail to secure the minimum margin for intra-day positions.

“Sebi (Securities and Exchange Board of India) has effectively capped the exposure that’s possible in derivatives to 4 times margin in phase 1.

"And this will impact retail options volumes, especially for options writers on expiry days, which account for large volumes on the last Thursday of every month,” said Sandip Raichura, CEO (retail), Prabhudas Lilladher.

Brokers typically offered leverage of 4-8 times for intra-day trading in the F&O segment, which could go as high as 30-40 times.

Bets placed on the Nifty and Bank Nifty indices on weekly and monthly expiry days may reduce significantly.

The F&O segment contributes about 40-60 per cent to the revenues of retail brokers, which can translate into a 10-15 per cent hit for brokers in the December quarter, according to industry players.

Industry players are hopeful that the new norms will help reduce risk and bring in more traders in the long run.

“The biggest reason for traders to lose money is high leverage.

"The lower the leverage, the lower the chances of traders blowing up, meaning traders can survive longer and the overall participation can potentially go up as time goes by,” said Kamath.

According to Raichura, it is possible that volumes from derivatives for stocks — especially the better quality ones where margins in cash are lower than in derivatives — will move to the cash segment and provide some kind of balance to the overall turnover.

A few FPIs may also refrain from placing trades from Tuesday till such time there is clarity on how the margin and penalty will be calculated and levied.

Estimates suggest that FPIs’ share in total derivatives volumes is about 15 per cent.

This translates into average daily volumes of Rs 2-3 trillion.

The Asia Securities Industry and Financial Markets Association, which represents several foreign investors, had reached out to Sebi last week, asking it to defer the implementation of the peak margin norms by at least three months and reduce the penalty for not maintaining adequate margins.