News
Business
Movies
Sports
Cricket
Get Ahead
Money Tips
Shopping
Sign in  |  Create a Rediffmail account
Rediff.com  » Business » Which sector to benefit most from GST?

Moody’s expects GST to be lower than the multitude of taxes such as sales tax, excise duties, local taxes, and value-added taxes the automobile sector currently pays 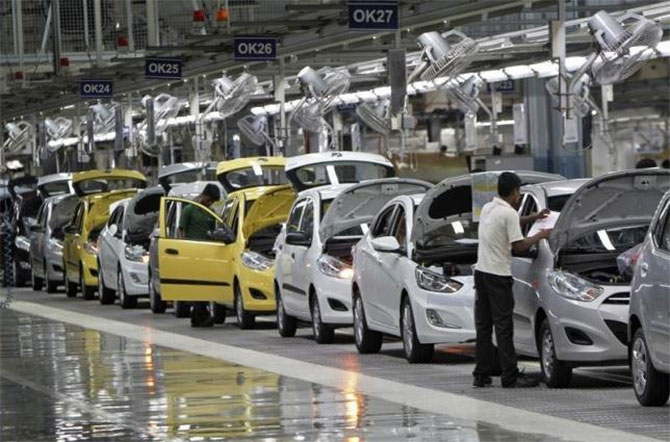 The automobile sector is expected to be the biggest beneficiary of the Goods and Service (GST) tax regime, says ratings agency Moody’s in a new report. Though the shift to the new indirect tax regime is positive for both growth and government tax revenues over the medium term, “the short-term sovereign credit implications will be limited,” it added.

Under the current architecture, companies have to contend with the issue of multiplicity of taxes, which inflates product prices. But under the GST, the problem of the cascading effect of taxes will be addressed. This, according to Moody’s, will benefit the automotive industry the most.

While the tax rate is yet to finalised, Moody’s expects it to be lower than the multitude of taxes such as sales tax, excise duties, local taxes, and value-added taxes the automobile sector currently pays. Thus, shifting to the new system will reduce final prices of products, spurring consumer demand.

Further, the new architecture will also make for swifter movement of goods across states by removing barriers present under the existing regime. “Swifter truck mobility is also expected to improve utilisation levels and efficiency for freight and logistics operators and warehouses, which will support earnings (profits),” says Moody’s.

Though the move is positive for growth, the impact on sectors will vary. “Despite the expected lower tax rates, it is premature to quantify the precise impact on individual sectors, pending a seamless transition and likely challenges in the interim. The overall impact is likely to vary across sectors,” Moody’s noted.

In the long term, shifting to GST will be a positive for growth, inflation and tax revenues “by removing a key hurdle to the smooth movement of goods and services, and reducing corporates’ and the government’s tax administration costs, thereby improving compliance and raising tax receipts.”

This as Moody’s says supports the sovereign’s credit profile. But given that the implementation will take time, as of now the government hopes to implement it by 2017 , the short term sovereign credit implications will be limited it said.