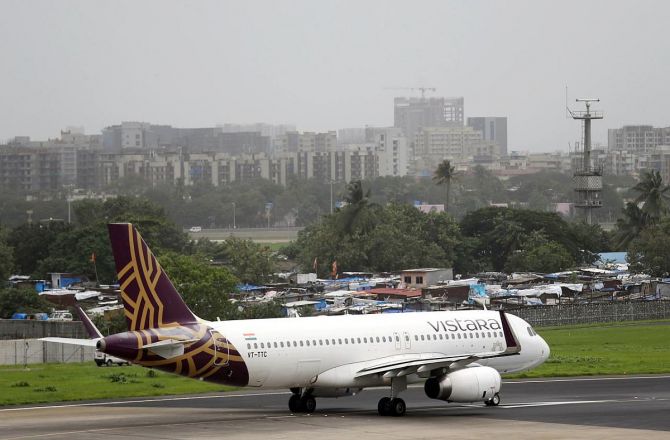 Vistara is looking aggressively beyond the pandemic and planning to deploy 30-40 per cent of its available seat kilometres (ASK) on international routes within the next three years.

The airline, a joint venture between Tata and Singapore Airlines, faced a jolt when Covid-19 forced the suspension of all scheduled international flights.

While only some flights have re-started under the government ‘air bubble’ agreements, the airline has nevertheless decided to take delivery of all the additional planes that it has ordered in recent years.

Six Dreamliners are coming early next year. Fourteen other new planes have been ordered.

By 2023, Vistara’s hangars will house a total of 70 aircraft, up from the current 42 - quite a leap for an airline that only started global operations a year ago.

“In the domestic space with 80 per cent of the market controlled by low-cost carriers, full-service carriers like us have a limited scope to prove our value.

"However, we can get the premium we are looking for in the international skies.

"In the next three years 30-40 per cent of ASKs, because of wide-bodied aircraft, will be deployed in the international market,” said Vinod Kannan, chief commercial officer of Vistara.

He said Vistara was not focussing on gaining a big market share in the domestic market - it would require many more aircraft that won’t be profitably deployed.

“The domestic market is important but it has to be relevant for our customer base such as our corporate travellers.

"As we expand international, we will have to add in more feeder routes in the domestic market also,” said Kannan.

While he is not prepared to hazard a guess on what kind of market share the airline might get in the international skies, Kannan points out that if Vistara was given permission to fly three to four flights from Delhi to London per week , it could pick up a 10-20 per cent share of the capacity in the market.

Vistara is flying special flights to London and has some leads on slots that it can buy or lease out at Heathrow.

He also expects that the slots of some airlines which have gone bust could be available.

“A lot of Indians travelling from India to Europe transit through the Middle East because these airlines offer cheaper fares.

"But after Covid-19, we believe they would prefer to go direct rather than get exposed to a third country.

"This will expand our market size as we will be flying direct to these destinations from India,” said Kannan.

This number could be sizable as Vistara estimates that nearly 50 per cent of Indians fly to European cities via the West Asia because air fares are 10-15 per cent cheaper than direct flights.

While its key rival is Air India (which also has direct flights to Europe and its fares are at a 20 per cent discount over foreign carriers’ direct flights), Vistara’s own pricing will depend on factors such as time of the slot, brand value, and the market dynamic.

In the India-Est Asian market, which accounts for the maximum number of passengers, Vistara will concentrate only on the business and leisure traffic which it estimates accounts for an average of 30- 40 per cent of travellers from India.

“We will target business and leisure travel.

"The rest is labour traffic, which is large volumes but very price sensitive and we cannot offer that,” said Kannan. In any case, adding capacity in West Asia would also require liberalisation of bilaterals that have virtually been exhausted.

Vistara’s international plans could also extend to Singapore, Eastern Europe, Japan, Germany and even Australia - destinations to which it currently does not have the planes for direct flights.

It has already signed up code share agreements with British Airways, Lufthansa, Japan Airlines, United and, of course, Singapore Airlines, which is the feeder for Vistara for the entire Southeast Asia.

Some promising news is already in for the airline is that during the long weekend, it flew over 110 flights daily, reaching 55 per cent of its pre-coronavirus levels.

It expects to hit 60 per cent (the cap fixed by the government on the number of flights an airline can operate) soon which is why discussions are on with the government to increase the limit. 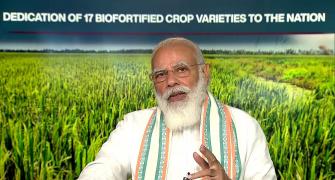 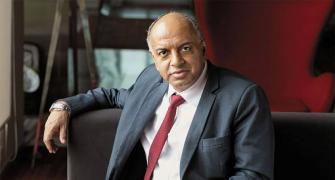 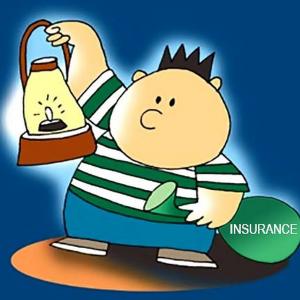 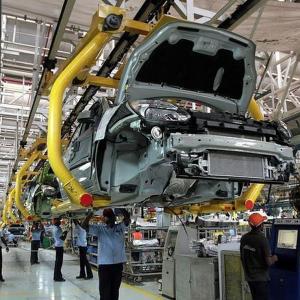