Videocon group promoter Venugopal Dhoot on Friday appeared before a court in Mumbai in the alleged ICICI Bank-Videocon money laundering case, and was granted bail. Dhoot appeared before the special court for Prevention of Money Laundering Act (PMLA), which had earlier issued summons to him.

Special judge A A Nandgaonkar granted bail to him on a personal bond of Rs 5 lakh.

The court directed him not to leave the country without its permission and also asked him to surrender his passport to the probe agency.

It added that he must appear before the Enforcement Directorate (ED) as and when required for probe in the case.

The court had on January 30 summoned former ICICI CEO and MD Chanda Kochhar, her husband Deepak Kochhar and Dhoot after taking cognisance of the ED's charge sheet.

While Deepak Kochhar is in judicial custody, Chanda Kochhar appeared before the court last month, and was subsequently granted bail.

The ED had arrested Deepak Kochhar in September 2020 after it filed a criminal case for money laundering based on an FIR registered by the CBI against the Kochhars, Dhoot and others.

The ED has alleged that Rs 64 crore, out of a loan amount of Rs 300 crore sanctioned by a committee of ICICI Bank headed by Chanda Kochhar to Videocon International Electronics Limited, was transferred to Nupower Renewables Pvt Ltd (NRPL) by Videocon Industries on September 8, 2009, a day after the disbursement of loan.

NRPL was earlier known as Nupower Renewables Limited (NRL) and is owned by Deepak Kochhar, the ED said. 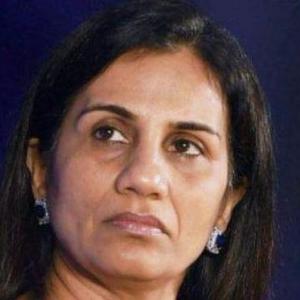