India said it will continue to work with the US to strengthen economic ties in the wake of America's decision to withdraw export benefits under the GSP programme. United States President Donald Trump has terminated India's designation as a beneficiary developing nation from June 5, ending the country's $5.6 billion trade concessions under the key GSP (Generalized System of Preference) programme after determining that it has not assured the US that it will provide "equitable and reasonable access" to its markets.

"I have determined that India has not assured the US that it will provide equitable and reasonable access to its markets. Accordingly, it is appropriate to terminate India's designation as a beneficiary developing country effective June 5, 2019," Trump said in a proclamation on Friday ignoring the plea made by several top American lawmakers.

On March 4, Trump announced that the US intends to terminate India's designations as a beneficiary developing country under the GSP programme. The 60-day notice period ended on May 3.

The Trump administration has prioritised working with the Government of India to ensure that US companies have a level-playing field, a senior State Department official told reporters on Thursday, hours after Narendra Modi was sworn in as Prime Minister for a second time following his spectacular electoral victory in the general elections.

Meanwhile reacting to President Trump's decision, India said it will continue to work with the US to strengthen economic ties in the wake of America's decision to withdraw export benefits under the GSP programme.

In a statement, the commerce ministry in New Delhi said that in any relationship, particularly in the area of economic ties, there are ongoing issues which get resolved mutually from time to time.

It said that the GSP benefits given by developed countries like the US to developing nations such as India are "unilateral, non reciprocal and non discriminatory".

India exported goods worth $5.6 billion under GSP last year, but "our total GSP benefits were to the tune of only $190 million", Commerce Secretary Anup Wadhawan had said in March.

The GSP criteria includes, among others, respecting arbitral awards in favour of the US citizens or corporations, combating child labour, respecting internationally recognised worker rights, providing adequate and effective intellectual property protection, and providing the US with equitable and reasonable market access.

Countries can also be graduated from the GSP programme depending on factors related to economic development.

The Trump administration argues that New Delhi has failed to assure America that it will provide equitable and reasonable access to its markets in numerous sectors.

"Without GSP benefits American small businesses face a new tax that will mean job losses, cancelled investments and cost increases for consumers. Only a year after the Senate and House passed a three year reauthorisation of the GSP by a near unanimous margin, the Trump administration has kicked out the GSP country that saves American companies more money than any other," he said.

Anthony said the Trump administration made the decision in the face of opposition from members of the Congress and hundreds of American businesses that have called for continued GSP eligibility for India.

"They also acted despite India's willingness to negotiate new market access for American exports. Thus, there are no winners from today's decision. American importers will pay more, while some American exporters will continue to face current market access barriers in India and others, including farmers, are very likely to be subject to new retaliatory tariff, Anthony said.

In a statement in March, the US Trade Representative said that India has failed to provide the US with assurances that it will provide equitable and reasonable access to its markets in numerous sectors.

"India has implemented a wide array of trade barriers that create serious negative effects on United States commerce. Despite intensive engagement, India has failed to take the necessary steps to meet the GSP criterion," the USTR said. 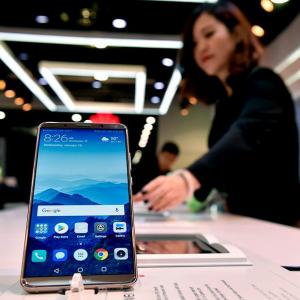