As protectionism grows from the United States to Australia, Sanjay Kumar Singh draws up a comprehensive financial checklist for those shifting to India. 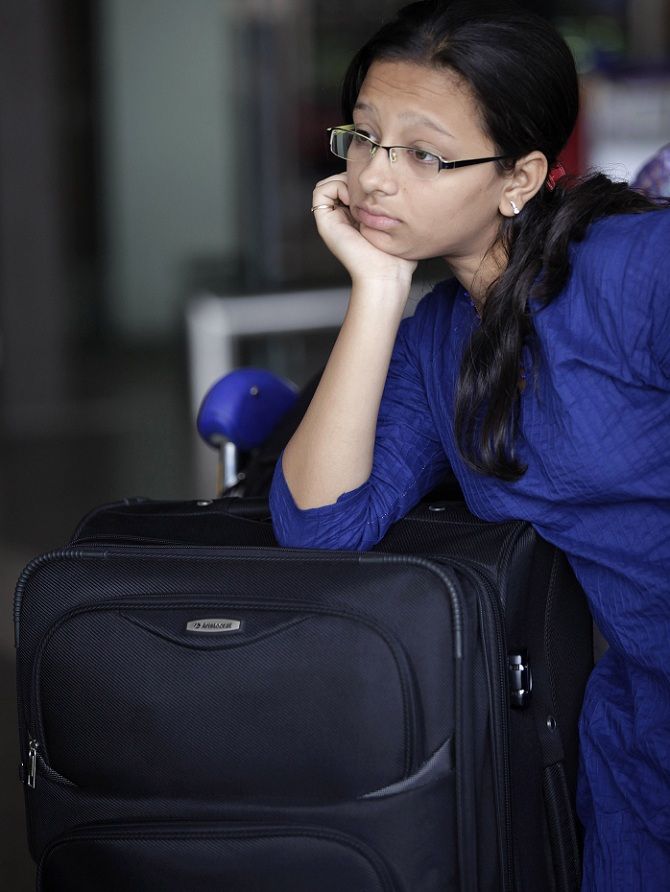 IMAGE: Not just the US, even for those who have migrated to West Asia, obtaining citizenship is difficult, necessitating a return at the end of their work tenure. Photograph: Rupak De Chowdhuri/Reuters.

With United States President Donald Trump ordering a review of the H-1B visa programme in the US, there are widespread fears among Indians working in the information technology sector there that they may have to return home.

For those who have migrated to West Asia, too, obtaining citizenship is difficult, necessitating a return at the end of their work tenure.

Whatever the reasons for returning, non-resident Indians (NRIs) need to plan the shift meticulously. Besides finding a job that does justice to their skills and getting their children admitted into the right schools and colleges, they also need to handle the financial aspects of the transition well.

Upon his return, an NRI first needs to determine his residency status for the purpose of income tax. This depends on the number of days he has been present in India.

His residency status will determine how he is taxed.

During the first financial year after his return, assuming that he spends more than 182 days in India, his residential status will be that of a resident. However, if out of the preceding 10 years, he has been a non-resident for at least nine years, his status will be RNOR, irrespective of the period of stay in India during the first year.

In the second year also, similar rules will apply and he may remain a RNOR.

In the third year, assuming that he has been resident during both the first two years, he can claim RNOR status only if his stay in India is for 729 days or less in the seven years immediately preceding the third year. Otherwise, he will become an ROR and his global income will be taxed in India.

In subsequent years, the benefit of RNOR status will no longer be available and he will become an ROR.

Upon his return, an NRI must inform his bank about the change in his residential status. He will need to get his NRI accounts re-designated into resident accounts.

"An NRI should re-designate his non-resident ordinary (NRO) savings account into a resident savings account. The balances in non-resident external (NRE) accounts should be re-designated to resident rupee accounts or to resident foreign currency (RFC) account. The foreign currency non-resident (FCNR) deposits may be allowed to continue till maturity at the contracted rate of interest," says Pralay Mondal, senior group president, retail and business banking, YES Bank.

Also, a resident demat account should be opened and shares or units transferred to it from his NRI demat account.

An NRI needs to approach his bank and submit requests for carrying out these changes.

During the period that an NRI has the status of an RNOR, interest on RFC and FCNR accounts will be exempt.

The policies that a returning NRI needs to buy depends on what he is able to bring back with him.

"The life insurance policy he had bought abroad may cover him even after he moves to India as their coverage is worldwide. But the health policy may not work in India since it operates only within a certain geography," says Arvind Laddha, deputy chief executive officer, JLT Independent Insurance Brokers.

Returning NRIs will have to buy an appropriate health insurance policy for themselves and their family.

In case an NRI needs to buy life insurance, he should understand the exclusions and the claims settlement process.

"The documentation required at the time of claim settlement should not be too complex," says Laddha.

In case of health insurance, the NRI may be accustomed to a policy that allowed him to get treated in any geography of his choice. Most health policies in India only cover treatments done within the country. The NRI needs to understand this difference.

In addition, he needs to examine the same issues that a resident needs to: Waiting periods, exclusions, sub-limits, co-payment clauses, etc.

Give a lot of thought to whether you should buy a house immediately upon return or wait for some time.

"If someone has been coming back to India regularly and likes a particular city, has friends in it, or had lived in it prior to moving abroad, he may find it easier to decide on the city. If not, an NRI should first settle into a rented house, find his bearings, and then buy after some time," says Lovaii Navlakhi, founder and CEO, International Money Matters.

Verify the developer's credentials before purchasing from him. Visiting his past projects and speaking to people living in them will give him an idea of the quality of construction and the likelihood of timely delivery.

If in doubt, opt for a ready-to-move-in property.

"Get information on the infrastructure planned in the region. Connectivity to key areas and central markets should be a key consideration. If an NRI is not well versed with the local realty market, he should avail the services of a reputed consultant," says Anupam Rastogi, principal partner, Square Yards.

The real estate market in India is in the midst of a slowdown. Any purchase for investment purpose should only be done with a sufficiently long horizon of 7-10 years. 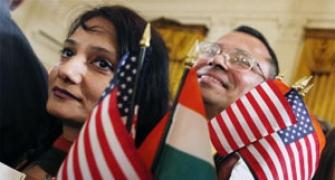 Taxes during and after RNOR status 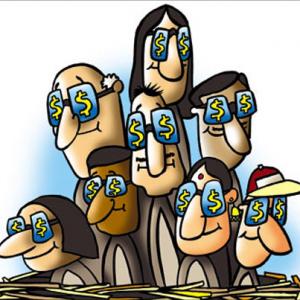 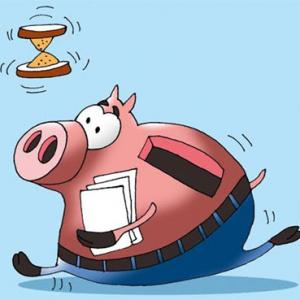 If you are posted abroad, tax filing is complex