The proposed changes making it easier for government and businesses to buy farm land are now likely to be implemented by states, not by the central government 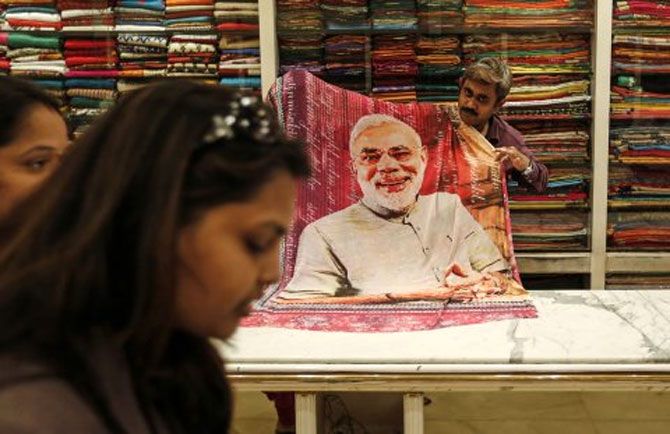 Prime Minister Narendra Modi began work with unions and employers on Monday to build support for the biggest shake-up of labour laws in decades, in an attempt to revive a reform agenda that has suffered setbacks ahead of a key parliamentary session.

It is a change of tack for Modi, who is smarting from widespread opposition to business-friendly land purchase rules he has tried, and so far failed, to push through parliament following an executive decree.

"I am confident that we will be able to address the challenges ahead and proceed with reforms with everyone's consensus," Modi said at the start of a two-day labour conference on Monday.

Modi has had to scale-back his ambitions for the short session of parliament that starts on Tuesday, with government officials privately saying the main focus will be on passing a law to enable a goods and services tax (GST).

The GST law got the backing of a parliamentary panel on Monday. Passing it would in itself be a victory and go someway to reassuring investors who are growing jittery that economic modernisation is happening more slowly than they hoped under Modi.

"Unless there is clarity on reform proposals investors are not keen to pump in new money," said Deven Choksey, managing director at KR Choksey Securities.

The proposed changes making it easier for government and businesses to buy farm land are now likely to be implemented by states, not by the central government.

Draft changes to India's archaic labour codes include pro-business measures giving factories more leeway to lay off workers and will simplify thickets of rules, but also include measures to expand the social security net to the huge unorganised sector.

The overhaul will probably not reach parliament until later in the year, despite an earlier goal of tabling the amendments in the upcoming monsoon session.

Modi's government hopes the more consensual approach will pay dividends in the form of union support, and will help stave of a threatened national strike on September 2.

Over tea at the weekend, Modi reportedly told union leaders that they would be included in discussions along with companies in the build up to the labour law shake-up.

"The government is talking in a positive manner," said Baij Nath Rai, president of the Bharatiya Mazdoor Sangh, which is India's largest union and affiliated to Modi's party.

Rai said the unions now felt the government was listening to their concerns, such as a demand for a higher minimum wage.

"They are trying to understand us," he said.

© Copyright 2021 Reuters Limited. All rights reserved. Republication or redistribution of Reuters content, including by framing or similar means, is expressly prohibited without the prior written consent of Reuters. Reuters shall not be liable for any errors or delays in the content, or for any actions taken in reliance thereon.
Related News: Narendra Modi, GST, Baij Nath Rai, Rajesh Kumar Singh, KR Choksey Securities
Print this article 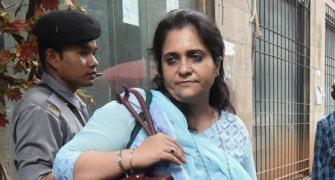 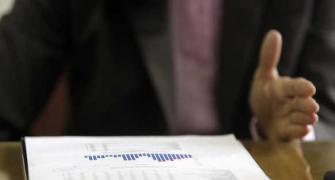 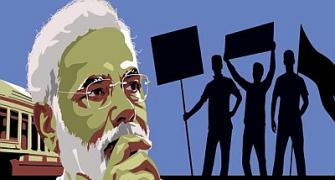 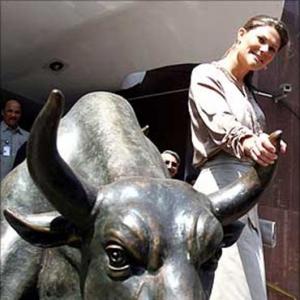 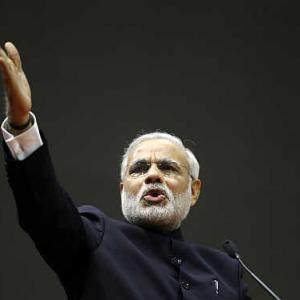 No change in labour laws without unions' consent: Modi