Soon, you won't need to switch off mobiles during flights

Availability of Wi-Fi is also expected to provide local airlines an additional source of revenues amid stiff competition in the fast growing Indian aviation market. 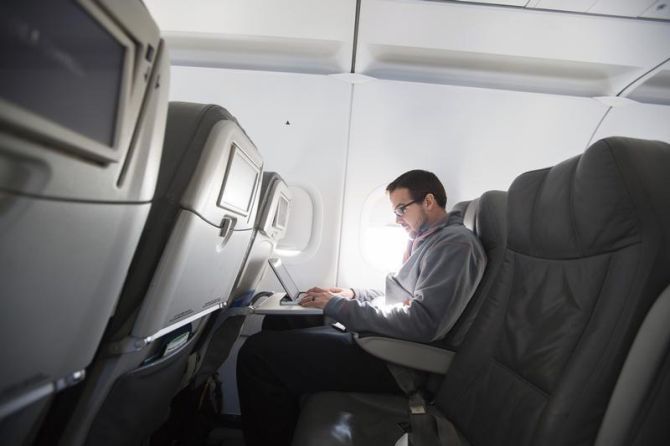 Air travellers will soon be able to make mobile phone calls and avail internet services during flights in the Indian airspace, with the Telecom Commission on Tuesday clearing a proposal that is expected to be implemented in the next 3-4 months.

Besides, the apex decision making body of the telecom ministry has approved use of such services on ships.

The facility is expected to be rolled out in 3-4 months, once the modalities of these niche licences and back-end agreements are worked out, telecom secretary Aruna Sundararajan told reporters after the two-hour meeting of the Telecom Commission in New Delhi.

At present, fliers are not allowed to use mobile phones and internet when they are in the Indian airspace.

Globally, many airlines are already offering Wi-Fi for passengers, but they currently have to switch off the facility when they enter the Indian airspace.

Availability of Wi-Fi is also expected to provide local airlines an additional source of revenues amid stiff competition in the fast growing Indian aviation market.

Sundararajan said that the Telecom Commission has largely agreed to the telecom regulator Trai's recommendations on 'in-flight connectivity' (IFC) -- provision of internet and mobile services during air travel -- with exception to one aspect pertaining to foreign satellites and gateways.

"Trai had said that foreign satellites and foreign gateways should also be permitted...but there had been an earlier Committee of Secretaries meeting which decided that it should be an Indian satellite or Department of Space approved satellite and the gateway should be in India.

“So, the proposal is cleared subject to this...all the other recommendations of Trai have been accepted," said Sundararajan, who also chairs the Telecom Commission.

The decision of the Telecom Commission will be operationalised "immediately", she added.

"We will have to create a separate category of licencees for providing such services...it will also provide for connectivity on ships in Indian territorial waters," she said, adding that the licence fee for such IFC providers will be pegged at Re 1.

Asked about the price at which these services will be offered to the airlines consumers, and whether the same would be market determined rate or at a premium, she said, "It will have to be worked out on a mutually-agreed basis between the service provider and the aircraft (Airlines). Each will have a service provider of choice with whom they may have international agreements."

On the timeline for operationalising these services, she said that the licence norms will have to be framed and thereafter the applications will be invited.

"They will have to tie up their back-end agreements with telcos, and satellite providers. We will try to expedite the process...I think (it may take about) 3-4 months, definitely, for consumers to get the service," she said responding to a specific query.

Trai, in January this year, had recommended to the government that in-flight mobile calls and internet services can be allowed, using satellite and terrestrial network but after providing a mechanism for lawful interception and monitoring of Wi-Fi in aircraft cabins to ensure safety.

The regulator had recommended creation of an 'In-Flight Connectivity' (IFC) Service Provider at annual licence fee of Re 1 only initially, after entering into an arrangement with telecom licence holder having appropriate authorisation.

Trai had said that the operation of MCA (mobile communication on aircraft) services should be permitted with minimum height restriction of 3,000 metres in Indian airspace for its compatibility with terrestrial mobile networks.

The regulator had also said that for mobile services, there should be flexibility to IFC service providers in terms of use of technology and frequencies inside the aircraft cabin that should be consistent with international standards.

It has also suggested that the Internet services through wi-fi onboard be made available when electronic devices are permitted to be used only in-flight or airplane mode and announcement regarding this should be made after boarding is completed and the aircraft is about to taxi.

Trai recommendations came after Department of Telecom, on August 10, 2017, sought its views over proposal to introduce voice, data and video services over Indian airspace for domestic, international and overflying flights in Indian air space.

The Telecom Commission - which met here today - also considered and approved a slew of significant proposals ranging from internet telephony to creation of sector ombudsman and from ease of doing business to proliferation of broadband through public Wi-Fi.

"Exciting times ahead in the Indian skies as Telecom Commission approves data and voice services in flights over Indian airspace!," Civil Aviation Minister Suresh Prabhu said in a tweet.

Noting that he would follow up closely to ensure earliest implementation, Prabhu also said, "We remain committed in improving the services to our air passengers, making their travel delightful and hassle-free."

The global partnership 'Seamless Alliance', whose other founding members include OneWeb, Airbus, Delta and Sprint, will work towards leveraging satellite technology to offer high-speed data connectivity to mobile users even when they are up in the air, Airtel had said. 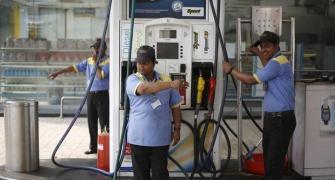 Petrol, diesel prices won't be revised ahead of Karnataka polls 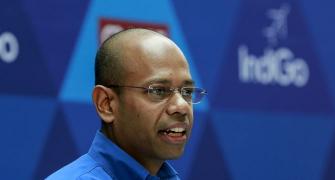 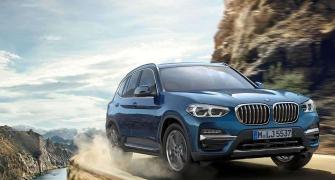 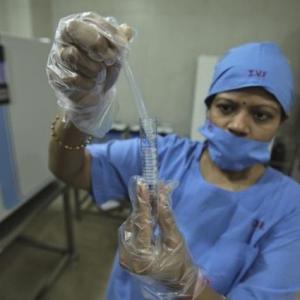