Finance Minister Nirmala Sitharaman on Wednesday said the Indian economy may have slowed down but there is no threat of a recession. Replying to a discussion on the economic situation in the country in the Rajya Sabha, she reeled out a numbers comparison between five years under the Congress-led United Progressive Alliance-II regime from 2009 to 2014 and the Bharatiya Janata Party’s first term from 2014 to 2019 to say inflation was lower and growth higher under the Modi government. 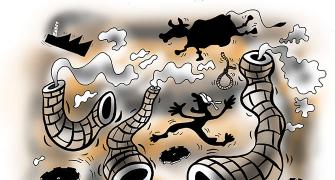 Direct tax mop up down 17% in October