Expect more volatility in the coming year as the economy and markets price in the demonetisation drive, say Joydeep Ghosh and Sanjay Kumar Singh.

Things were set to close on a pleasant note for most asset classes in 2016.

With old Rs 500 and Rs 1,000 notes taken out of circulation, the picture changed completely for the retail investor.

As we enter the last week of the calendar year, all the numbers look very different.

The Sensex, which was on tenterhooks for most part of the year due to Brexit and fears of a US rate hike, still managed to rise 5.6% since January 1 till November 8.

In other words, all gains have been wiped out and we are in the red now. This applies to all the indices.

Except the BSE Mid-cap Index, which is still giving a year-to-date (YTD) return of 5.5%, the other indices are flat.

Some leading foreign brokerages like Morgan Stanley, Deutsche Bank, CLSA and others look set to miss their December-end Sensex target of 29,000 to 32,000 points.

As far as equity mutual funds go, important sectors like fast-moving consumer goods (FMCG), information technology (IT) and pharmaceutical have been underperformers.

The good news is the ongoing correction has led to valuations of many companies turning attractive, say fund managers.

"Demonetisation and implementation of the GST (Goods and Services Tax) is expected to result in widening of the government's tax base, by expanding the formal economy," says Sachin Relekar, fund manager (equity), LIC Mutual Fund.

"While implementation of GST could cause friction in the short term, it will be positive over the longer term," he adds.

Corporate profitability will bounce back at some point.

The government is giving a push to infrastructure, which will bear fruit over the long term, feels Atul Kumar, head of equities, Quantum AMC.

Gold funds have given an average return of 8.87% this year. This positive return has come after three calendar years.

When the US economy did not do as well as anticipated, investors sought refuge in gold. Brexit, which caused a rise in risk aversion, aided its performance.

In the past couple of months with the US economy's data improving, Trump's election, and his intention of giving a stimulus to the economy through infrastructure spending, led to a rally in US equities. The dollar, too, has strengthened.

Says Nitish Sikand, fund manager, Invesco Mutual Fund: "If Trump's policies lead to strengthening of the economy, and hence of the dollar, that will be negative for gold. Demonetisation's impact on gold purchases (slowed already) in India also needs to be watched."

Small savings rates were cut twice during the year -- once in March and then marginally in September.

In March, the cuts were deep.

The rate for the Senior Citizens Saving Scheme (SCSS) was reduced from 9.2% to 8.6%.

The Public Provident Fund (PPF) rate was brought down in two stages, from 8.7% to 8.1% in March and then to 8% in September.

Banks deposit and lending rates have also come down.

Debt funds were a boon

The performance of income and dynamic bond funds was driven by the 122 basis points decline in the 10-year Government of India (GoI) bond yield since the start of the year (7.73% to 6.51%).

The average return of the dynamic bond fund category was 13.79%, with the best-performimg fund returning 17.18%.

Similarly, income funds, and even short-term debt funds, returned 10% to 12% on an average.

Debt fund managers believe there could be one more rate cut before the end of the financial year, necessitated by the recent slowdown.

"A pan-India trend that emerged was that a higher number of units were sold every quarter, from first to third, than new launches. This helped reduce the inventory overhang," says Anuj Puri, chairman and country head, JLL India.

With demonetisation, sales went for a toss, as buyers postponed their buying decisions, expecting prices to fall.

According to Puri, sales momentum is likely to pick up again only from the second half of 2017.

Even implementation of the Real Estate Regulation Act across states is expected to aid a decline in prices.

In equity funds, have a larger allocation to large-cap funds (about 60% to 70%) and less to mid- and small-cap funds. 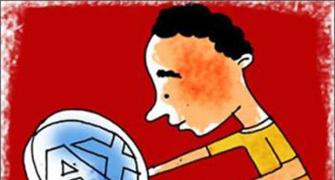 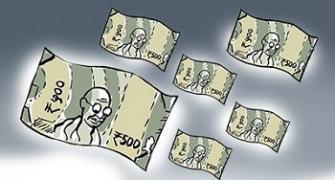 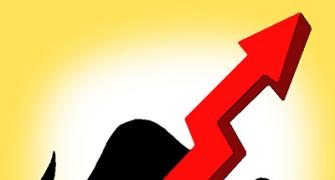