Under the fare policy announced, domestic passengers opting for lowest fares will not be served complimentary meals 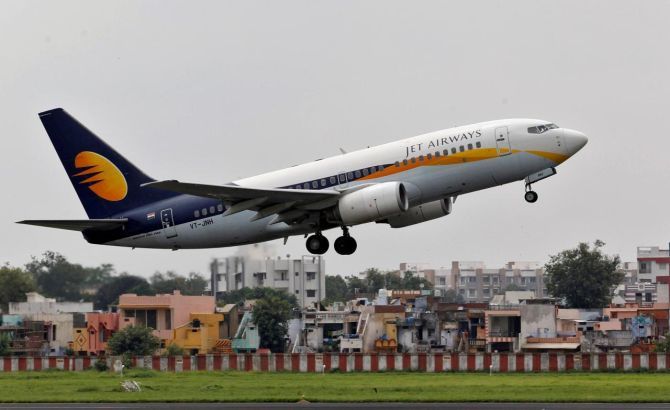 Economy class passengers whose fares are the lowest will no longer get free meals on Jet Airways’ domestic flights.

This will come into effect for tickets purchased from September 25 and for travel on or after September 28.

Vistara introduced a buy-on-board option for economy class passengers last month in order to compete with no frill brands.

Jet Airways is following suit. Under the fare policy announced on Wednesday, domestic passengers opting for lowest fares will not be served complimentary meals.

Free meals will be available to economy class passengers on international flights, irrespective of ticket price.

The Mumbai-headquartered airline is working on cost-saving and revenue maximisation initiatives after Rs 2300 crore losses in two preceding quarters. The buy-on-board option is one such step.

Another possible step could be restrictions on lounge access for its loyalty plan members.

Jet was toying with the idea of discontinuing free liquor service on its Gulf sector flights but its spokesperson denied any such move.

Jet said the revised fare offer would allow its customers more value for money by letting them choose a travel plan based on their preference, travel requirements and budget.

“Service philosophies and models are being reviewed and remodelled by global airlines virtually every day.

"As India's premier international airline, we are receptive to these changes and endeavour to align our service framework to embrace such needs of various segments of customers,” said Raj Sivakumar, senior vice president (worldwide sales).