India's overall retail inflation eased to 4.41 per cent in September, helped by falling commodity prices, but rural inflation was at 5.05 per cent 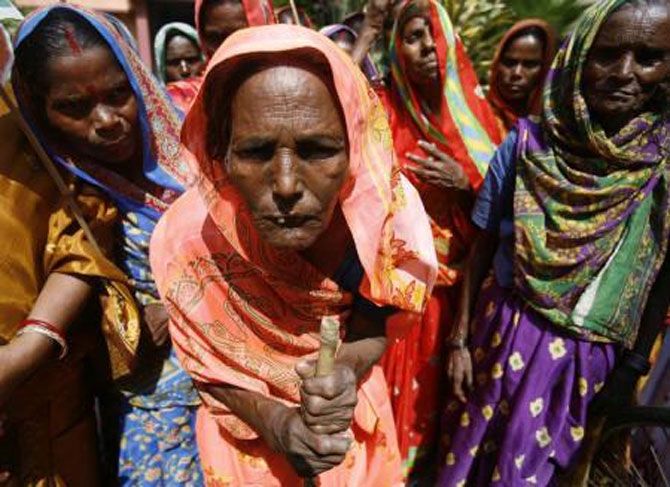 India's villages face a sharp spike in food prices in 2016, as a second year of drought drives up the cost of ingredients such as sugar and milk, and poor transport infrastructure stops falling global prices from reaching rural areas.

India's first back-to-back drought in three decades also complicates government spending calculations as Prime Minister Narendra Modi tries to prune a subsidy regime that has long propped up the rural economy, and he can ill afford to alienate rural voters after a bruising weekend electoral defeat in Bihar.

It is bad news for the central bank, too, which faces a conundrum achieving its 4 per cent inflation target for the medium term as levels diverge in town and country, and infrastructure development would take years to fix it.

India's overall retail inflation eased to 4.41 per cent in September, helped by falling commodity prices, but rural inflation was at 5.05 per cent, mostly due to food prices. That, some analysts argue, could worsen, despite the dampening effect of lower wages and sluggish growth in the agricultural sector.

"The impact of this year's drought will cut supplies of sugar, milk and vegetables, which the market hasn't factored in yet fully," said Harish Galipelli, head of commodities and currencies at Inditrade Derivatives and Commodities.

"The first half (of next year) will be more painful than the second half."

While urban dwellers have seen some cheaper imported food products, benefiting from global deflation, that has not filtered through to rural areas, given poor roads, rail and a lack of storage facilities for perishable goods.

Prices of vegetables like onions, tomatoes and potatoes have already been rising, with some staples up as much as 20 percent in a month. Palm oil prices have also climbed in the last two months, while milk prices have risen by 10 percent.

Indian sugar futures are up by a quarter since a late July low, and producers say lower output because of the drought will push them up further in 2016.

Edible oil prices in India, which meets nearly 70 per cent of demand through imports, are also likely to rise, given scant rainfall in palm oil-producing countries.

Meanwhile, scarcity of fodder and water is expected to hit local milk production from February.

"The country's milk production could drop by 5 to 7 per cent in 2016. The reduction will obviously allow prices to rise," an official with the Maharashtra state milk cooperative said.

Food accounts for more than 50 per cent of rural consumer price inflation in India, compared with a third of urban inflation, while categories like fuel, which has seen a considerable price drop, has a much smaller impact in rural areas, where families use firewood or biogas from manure.

The rural economy contributes around 50 percent of Indian gross domestic product and is already showing signs of strain as government cuts the once-generous subsidies that shielded farmers and villagers. Motorbike and tractor sales were weak in October, traditionally an auspicious time to buy.

Two-wheeler sales rose just 0.36 per cent in April-October compared with 16.4 per cent growth in the same period a year ago.

"My income dropped nearly 50 per cent due to drought," said farmer Sunil Gujar, 42, from the interior of Maharashtra.

"I had borrowed money from a bank for seeds and fertiliser, but now I don't know how to repay the loan."

© Copyright 2021 Reuters Limited. All rights reserved. Republication or redistribution of Reuters content, including by framing or similar means, is expressly prohibited without the prior written consent of Reuters. Reuters shall not be liable for any errors or delays in the content, or for any actions taken in reliance thereon.
Related News: India, Inditrade Derivatives and Commodities, Narendra Modi, Sunil Gujar, Harish Galipelli
Print this article