After initially resisting, Reliance Industries on Monday cut natural gas supplies to its own refineries and petrochemical plants so that full demand of fertiliser and power plants can be met.

Any gas left after meeting core sector's 47.6 million cubic meters per day (mmscmd) of contracted demand would go to users in steel, refineries and petrochemical sector.

"The ministry's priority allocation order has been implemented from this morning," an industry official said.

Reliance is producing a little under 50 mmscmd of gas from KG-D6 fields in Bay of Bengal and the ministry's order meant there was not much gas left for sponge iron markers, petrochemical units and refineries.

"Gas supplies to all the non-core users was curtailed from this morning and supplies to priority users restored in full," the official said.

When contacted, a Reliance spokesperson did not offer any comments.

The oil ministry directive followed a sharp drop in output at KG-D6 fields.

Production fell from 61.5 million standard cubic meters per day achieved in March, 2010 instead of rising to about 69 mmscmd as was projected previously.

Reliance has signed customers for 57.15 mmscmd of gas, including 9.57 mmscmd to non-core users.

In face of falling output, Reliance had since July last year made a pro-rata cut in supplies of all its customers, including priority users, the official said.

Besides, Reliance's petrochemical plant got 1.17 mmscmd and a sizeable 4.21 mmscmd went to refineries, including the Jamnagar units of Reliance.

"Supplies to non-core users has not dried up completely as Reliance has some gas left after meeting priority sector requirement," the official said pointing to Essar Steel getting 0.6 mmscmd today against 2.8 mmscmd that it was drawing till Sunday.

Reliance had previously resisted implementing the order but fell in line once the ministry cited last year's Supreme Court directive that held that only government had the right to decide users of the gas.

None of the courts have so far stayed the order.

Sixteen fertiliser plants have been allocated 15.34 mmscmd of KG-D6 gas on a firm or permanent basis, while 28 power plants in the public and private sector have got 28.99 mmscmd.

Reliance's twin refineries at Jamnagar had signed up for 2.34 mmscmd of KG-D6 gas while its petrochemical plants at Gandhar and Nagothane got 1.17 mmscmd.

Implementation of oil ministry's priority order meant that supplies to these has been cut down drastically. 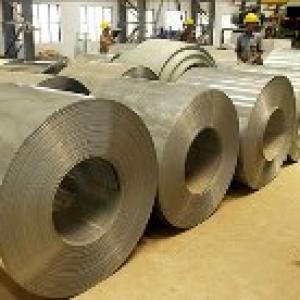