Reliance to hold its first-ever virtual AGM on July 15

After Tata Consultancy Services (TCS), Reliance Industries will hold its first virtual annual general meeting of shareholders on July 15 as public gatherings are not possible in view of the coronavirus pandemic. 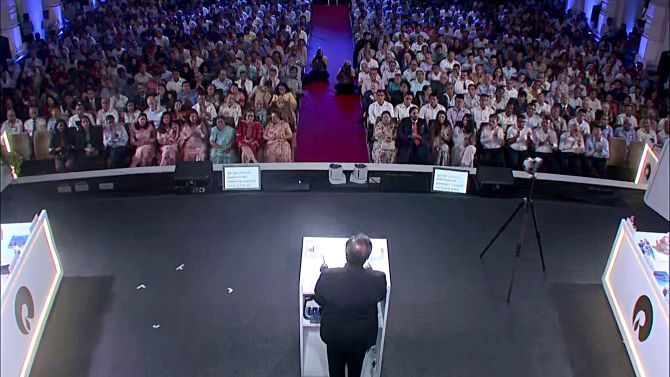 In a regulatory filing, Reliance -- the country's most valuable company – said, ‘The 43rd AGM will be held on Wednesday, July 15, 2020 at 2 pm though video conferencing / other audio-visual means.’

Due to the outbreak of the COVID-19 pandemic, the ministry of corporate affairs has permitted to hold AGMs through video conference / other audio visual means without the physical presence of members at a common venue.

The company that is widely credited with having launched the equity culture in India, held AGMs in stadiums during the time of its founder Dhirubhai Ambani.

In 1985, 12,000 of them attended the Reliance AGM at the Cooperage football ground in South Mumbai. The next year, around 35,000 attended it at the city's Cross Maidan.

Over the years, the AGMs got shifted to auditoriums even as its shareholder base swelled to over 24 lakh.

"We have a very clear roadmap to becoming a zero net debt company within the next 18 months that is by March 31, 2021," he had said, highlighting strong interest from strategic and financial investors in consumer businesses, Jio and Reliance Retail.

But the oil-to-telecom conglomerate achieved net-debt free status last week itself on the back of a record Rs 1.69 lakh crore fund raising from stake sales and rights issue.

Reliance secured over Rs 1.15 lakh crore from global tech investors including Facebook by selling a little less than a quarter of its digital business and raised Rs 53,124 crore by selling shares to existing investors in the past 58 days.

Taken together with last year's sale of 49 per cent stake in fuel retailing venture to BP Plc of UK for Rs 7,000 crore, the total fund raised is in excess of Rs 1.75 lakh crore, the company had said last week.

At the last AGM, Ambani had also announced plans to sell a USD 15 billion stake in his group's oil-to-chemical business to Saudi Arabian Oil Co but the deal has got slightly delayed.

Not to be done in by the delay, he lured partners to Jio Platforms Ltd, which houses India's biggest telecom firm by subscribers, Reliance Jio.

With more than 388 million users, Jio has forced out several rivals and driven consolidation in the sector since entering the market in 2016 with free voice services and cut-price data. 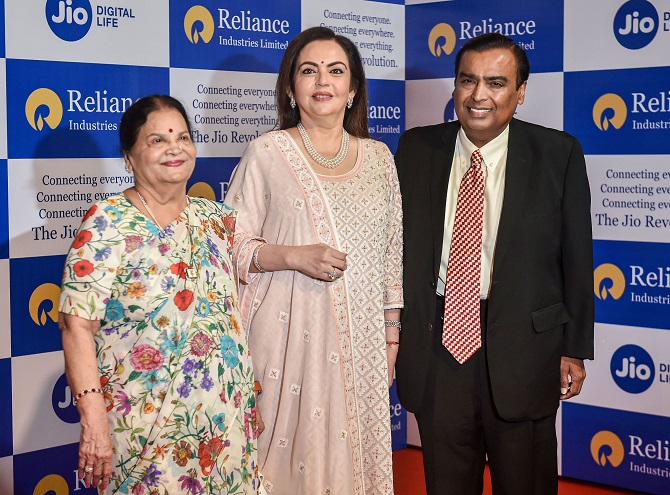 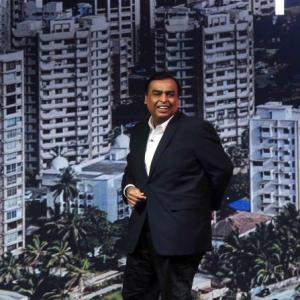 Mukesh Ambani is now 9th richest man in the world