Business activity contracted in Q2 FY20, the first contraction since 2013-14 and the second since the 2008 global financial crisis, report, Abhishek Waghmare and Anup Roy. 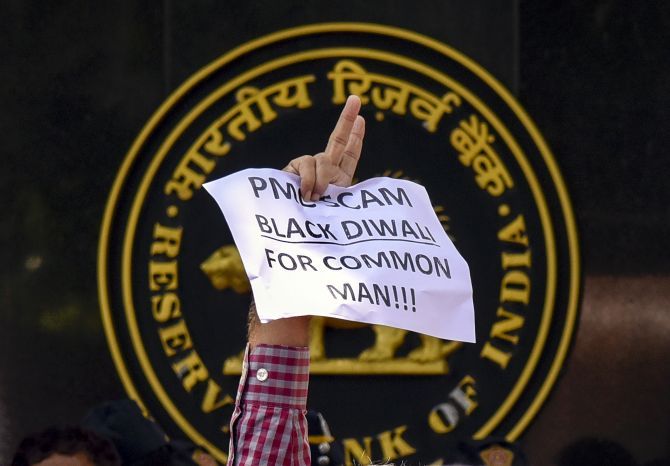 IMAGE: A depositor of Punjab and Maharashtra Cooperative Bank displays a placard during a protest over the banks crisis, outside the Reserve Bank of India building, in Mumbai, on October 1, 2019. Photograph: PTI Photo.

Business climate in the recently ended September quarter was the worst since the 2008 financial crisis, according to the quarterly surveys by the Reserve Bank of India (RBI).

This shows the severity of the current slowdown, and could be the reason for the bold cut in corporation tax rates, announced last month.

Business activity contracted in Q2 FY20, the first contraction since 2013-14 and the second since the global financial crisis. Order books of manufacturing companies contracted by 23 per cent in the June quarter (Q1 FY20), the steepest drop since the 2008 financial crisis, said the quarterly survey.

Economic growth had dropped to a six-year low of 5 per cent in the same quarter. Pending orders, too, contracted, indicating a drag from the previous quarters. In the same quarter, capacity utilisation in the industry dropped to 73.6 per cent, down from 76.1 per cent in the previous quarter. This was the lowest since post-demonetisation cutback in capacity use by the industry.

The Business Assessment Index, which denotes qualitative assessment of the business climate by manufacturing companies, dropped to the lowest since the crisis. Business expectations were also subdued.

“Respondents assessed that there was a slump in order inflows, output and employment conditions in Q2 FY20. On exports and imports, there was waning optimism,” the industrial outlook survey said.

Though cost pressures on interest payments and salaries had softened, profits margins would still remain weak. Experts said this trend is strange and worrisome.

“Capacity utilisation of 76 per cent is usually a trigger point for the revival of a capex cycle. But a downturn suggests revival is out of sight. Strong contraction in new orders is extremely worrisome,” said Pronab Sen, economist and former chief statistician of India.

Similar worrisome developments were reflected in the consumer confidence survey.

Consumer confidence weakened in the September quarter while households were generally less optimistic on their income over the year ahead, according to the RBI surveys.

Sentiment on overall spending as well as essential spending remain strong, though sentiment on discretionary spending weakened, it said. This underlined the demand slowdown.

More households now expect general prices to rise in the next three months. This suggests a rise in inflation in the coming months as growth measures start to take effect.

Meanwhile, a survey of the professional forecasters showed that real gross domestic product (GDP) was likely to grow at 6.2 per cent in 2019-20 and 7.0 per cent in 2020-21. These are lower than previous estimates. 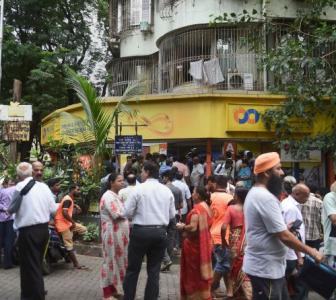 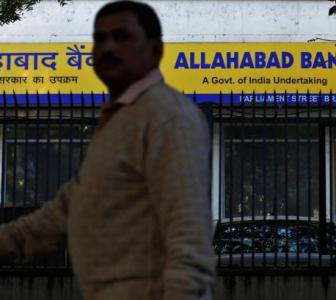 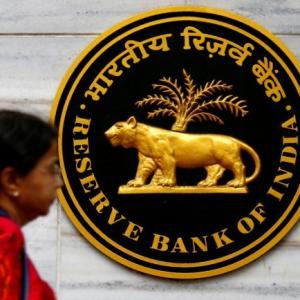