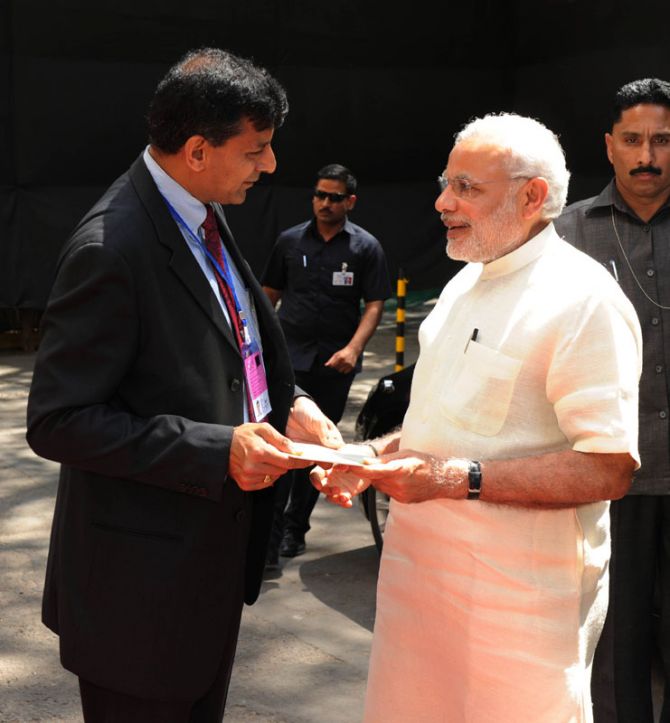 Signaling truce with the government over who should decide interest rates, RBI Governor Raghuram Rajan on Tuesday appeared to favour doing away with the veto power of the central bank chief, arguing it would be better for a committee to decide the key rate rather than one individual.

He further said that while the details of the monetary policy committee (MPC) will have to be ironed out, "there are no differences between RBI and the government" on this matter.

"Currently, the situation is governor has a veto, that is, effectively all advice is only advice and ultimately decision is Governor's. So, if we continue to retain a veto, it doesn't change the current situation. It maintains the status quo. That is something to keep in mind," Rajan said.

The revised draft of the Indian Financial Code (IFC) as released by the Finance Ministry last month had suggested doing away with this veto power and wants the seven-member MPC to take decisions by a majority vote. Of the seven members, four would be government nominees and the rest from RBI.

Listing out "three virtues" of taking the monetary policy decision away from the Governor and giving it to a committee, Rajan said that when a committee decides on rates, it lessens the pressure on individual and also ensures continuity in policy when any single member of a committee changes.

"A committee can represent different view points and study shows that its decisions are typically better than an individual.

Second, spreading the responsibility of the decision can reduce internal and external pressure that falls on an individual. Third, a committee will ensure broad monetary policy continuity when any single member, including Governor, changes," he said.

Under the present system, the Reserve Bank Governor is appointed by the government, but controls monetary policy and has veto power over the existing advisory committee of RBI members and outside appointees that sets rates.

Finance Secretary Rajiv Mehrishi had on Monday said that RBI and the government have reached an agreement on composition of the MPC and it will be disclosed in Parliament.

On the controversial issue of curtailing the veto power of RBI Governor to set interest rates, Rajan said it would be better for the monetary policy committee (MPC) to decide benchmark rates rather than one individual.

He added that while the details of the monetary policy committee would have to be ironed out, "there are no differences between the RBI and government" in this matter.

The revised draft of Indian Financial Code (IFC), as released by Finance Ministry last month, had suggested doing away with this veto power and wants the seven-member MPC to take decisions by a majority vote.

Of the seven members of the MPC, four would be government nominees and rest from the RBI.

Referring to the resistance shown by banks to pass on policy rate cuts to borrowers, Rajan said banks have only cut 0.30 per cent at the median level as against RBI's cut of 0.75 per cent this year.

He hoped that with a likely pick-up in loan demand from the third quarter, "banks will see more gains from cutting rates to secure new lending and transmission will take place".

Welcoming the government's move to infuse more capital into state-run banks, Rajan said it will help both loan growth as well as transmission as the liquidity conditions ease.

On retail inflation, he said the June reading of 5.40 per cent resulted in the projections being elevated, but exuded confidence of meeting the 6 per cent target for early 2016.

However, he said "most worrisome" factor is the hardening in the non-food and fuel inflation, adding that the impact of the hike in service tax rates to 14 per cent, effected in June, will flow into the inflation reading through the year.

As regards growth, Rajan said the outlook is improving gradually and maintained the projection at 7.6 per cent for financial year 2015-16.

He, however, warned that the contraction in exports "could become a prolonged drag" on growth going forward.

The global economic activity has recovered "modestly" in the June quarter but recessionary conditions in Russia and Brazil with downside risks from commodity prices and geopolitical conditions do cast a shadow on the outlook, Rajan added. 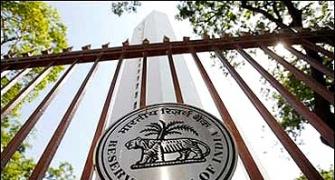 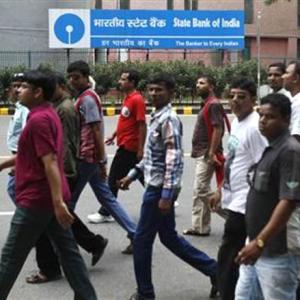 SBI rules out rate cut in near future