The interest rate for the proposed loan would be 10 per cent. The company is expected to achieve a financial closure within next two months.

The project was awarded by Maharashtra State Road Development Corporation to the company in February 2010.

According to the concession agreement, R-Infra would have to build the new sea link in 42 months.

As reported, R-Infra received a major relief after the Maharashtra government, following its meeting held last week with Minister of State for Environment and Forests Jairam Ramesh, made it clear the project was on.

This would be part of the Rs. 34,000-crore (Rs. 340 billion) Garland Freeway project proposed for Mumbai by the state-run MSRDC.

Simultaneously, the company has requested MSRDC to complete various activities with regard to execution of the state support agreement between the state government, MSRDC and R-Infra's SPV Reliance Sea Link One.

Besides, the company has also called upon the MSRDC to issue toll notification and issue government notification on the payment of grant.

The company is going ahead as per the provisions of the concession agreement. The concessional agreement has been executed between MSRDC and Reliance Sea Link One Pvt Ltd.

This agreement is a contractual agreement binding both the government and the company for their respective responsibilities and obligations.
Sanjay Jog in Mumbai
Source: 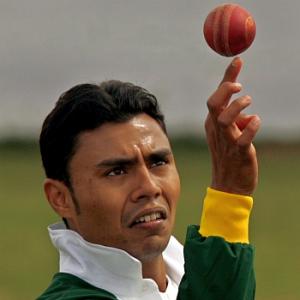 Kaneria cleared by ECB to play for Essex