Compared to October or a month-on-month (MoM) basis, registrations are lower by 12 per cent.

In October, the city recorded a decadal best in terms of property sale registrations that month.

At 8,576 units, the registrations increased by eight per cent YoY compared to October 2020, when the stamp duty rate was at the lowest level of 2 per cent, it said.

Registrations were higher by 36 per cent compared to November 2019.

Registrations in the January-November 2021 period were 122 per cent higher compared to the same period last year, Knight Frank India said.

“The consumer sentiment in the Mumbai housing market remains strong.

"The growth rate has moderated when compared to the year ago period when the market was buoyant on account of the lowest applicable stamp duty rate window,” said Shishir Baijal, chairman and managing director, Knight Frank India.

"The threat of new Covid-19 variants and response from the healthcare system will be crucial in determining the market activity level in the near future,” he said.

Knight Frank said that the share of Rs 1 crore and below housing segment is at a five-month high of 58 per cent.

"The share of this segment was lower during the stamp duty incentive window when many homebuyers in the higher value ticket size segments were more active.

"However, since the resumption of the regular stamp duty rate in April 2021, this segment remains a dominant part of homebuyer preference in the city," said the firm.

To promote housing amongst women citizens, Maharashtra in March 2021 introduced an incentivised stamp duty rate of four per cent: that is one per cent lower than the standard rate in Mumbai.

After the initial spurt in registrations by women homebuyers, the representation has been low.

“The continued momentum in the real estate sector, with well-outlined developer initiatives during festive seasons and proactive measures taken by the government like maintaining the stance on recent monetary policy at 4 per cent, robust vaccination drive, and lowest home loan interest rates, is a result of the skyrocketing property sale registrations crossing the 100,000 mark for the first time in a decade for Mumbai real estate," said Rohit Poddar, managing director, Poddar Housing and Development.

The good figures reflect homebuyers' attitudes, as the sector of Rs 1 crore and lower continues to dominate with 58 per cent of the market, Poddar said. 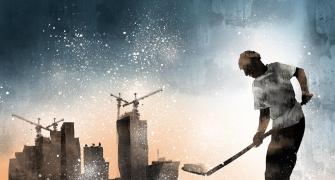 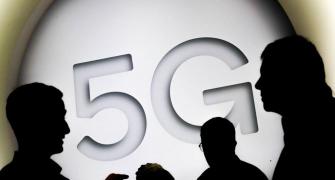 Commercial 5G services will be rolled out in 13 cities