Gift your parents a property 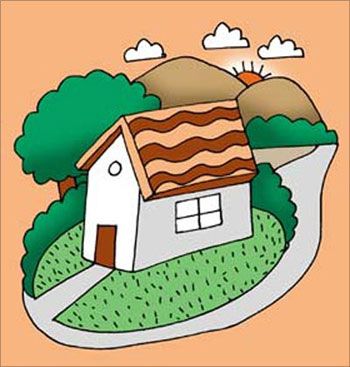 The United Progressive Alliance's-government's Benami Transactions (Prohibition) Bill, 2011, which wasn't passed by the Parliament, had recommended benami transaction as a deal in which a property is transferred to one person for a consideration paid or provided by another person. That law allowed deals in the names of brothers, sisters and spouses, apart from lineal descendants and ascendants.

The Parliamentary Standing Committee under former finance NDA minister Yashwant Sinha has pruned the list to only wife and unmarried daughters. Sudip Mullick, partner at Khaitan & Co, and also leads the firm's real estate and infrastructure team, explains that wife and unmarried daughter are permitted as the law takes into consideration that a person is creating assets for their welfare.

If the NDA government accepts these recommendations then, it would lead to risk of imprisonment or confiscation of property if it is acquired in the name of brother, sister, parents and even son.

The previous UPA government did try to make it lenient by excluding blood relatives from the ambit of law in 2011 but the Bill never got through the Parliament. "The law doesn't distinguish between dirty and clean money," says Anand Prasad, Partner at Trilegal law firm. Even if a person pays tax and all money is accounted for, he or she is treated at par with someone who has ill-gotten wealth under this Act.

The only way to avoid creating benami properties is to first buy the property in your name and later gift it to the person whom it is intended for. This transaction will involve paying stamp duty and registration twice. However, if you are gifting it to a blood relative, the stamp duty will be lower - around one-two per cent depending on the state. As the gift value would be in excess of Rs 50,000, it will also attract gift tax in the hands of the receiver unless they are lineal ascendant or descendant.

Experts say that an individual should be extra careful when taking money from parents or relatives to buy a property. In such a scenario it is best to show the funds as a loan even if a person doesn't wish to take it back. In this case too, the receiver will need to pay tax of the amount exceeds Rs 50,000.

Lawyers and tax consultant wish that the current government should make the act friendlier to genuine taxpayers while making it more stringent. It should not be a repeat of what they did with the new ITR forms in overzealousness.