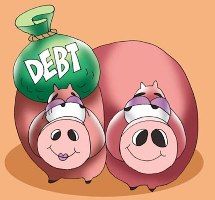 Mr Rajeev had a well-established business.

Being the only child, he, with the support of his father, consolidated his family business.

Rajeev maintained good ties with people as well as with his bank.

As he kept a huge balance in his account and made big transactions, he was a prominent customer of the bank.

The bank handled all his issues, which helped him to concentrate on his business better.

At some point of time, Rajeev planned to expand the business abroad.

But for doing so, he needed a huge amount of fund.

As he was a prominent customer of the bank, he was confident that the bank will finance the intended expansion.

But the bank rejected his loan application.

How can the bank reject his loan, he was a prominent customer?

The reason for denial was stated to be Rajeev's low credit score.

With such a credit score, even if he had applied for a smaller amount of loan, the bank would have refused that as well.

Had Rajeev been ignoring his credit health?

Did his plan of expanding the business abroad end here?

Did Rajeev become successful in improving his credit score and credit health?

Nowadays, people are not aware of credit score.

People do not consider these factors important.

They do not even know the meaning of credit history.

According to a recent survey, above 90 per cent of the respondents were not aware of their credit scores.

Credit score is a three digit number which ranges from 300 to 900.

It is considered that a score of 750

and above is a good one.

The credit score is decided by the credit bureaus.

With the information provided by the banks, the credit bureaus calculate the credit score.

Unaware of his credit score and credit history, Rajeev was irritated and depressed.

His low score and poor credit history restricted him from getting loan for expansion.

Not only his bank, but other banks as well denied to grant him loan.

Afterwards, Rajeev contacted many financial advisors but in vain.

On discussing his problems with a good business client, he was suggested to contact a good credit health improvement company.

Rajeev was also unaware that there are organisations who help individuals to improve their credit health.

These companies assist individuals not only to restore a bad credit health but also teach them how to maintain a high credit score for future.

Credit Sudhaar is focused on providing assistance to individuals with low credit points through their specialised services and technical approach. They have a devoted group of professionals who are expert in the field of credit enhancement and thus render valuable services to its esteemed group of customers.
Credit Sudhaar
Related News: Mr Rajeev, Credit Sudhaar
SHARE THIS STORY
Print this article 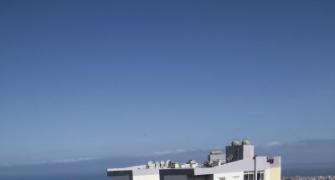