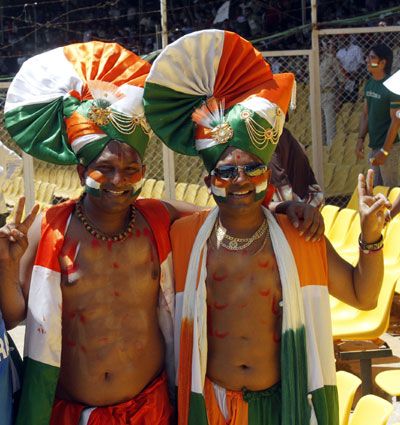 Noting that a new aspirational India expects early results and decisive governance, Finance Arun Jaitley has exuded confidence that with the government undertaking economic reforms, policy changes, pumping in money in key sectors like infrastructure, and with a possible good monsoon, the path to 10 per cent growth is not impossible.

"This (10 per cent growth rate) is reasonably possible. That is where India's potential is," Jaitley told an audience here soon after his arrival in Washington on the second leg of his nine-day US tour to attract American investors.

"It is important that we reach that target, but it is more important that we sustain it for a couple of years," the finance minister said in his remarks on 'Putting India back on track: A pathway to double-digit growth', at the American Enterprise Institute (AEI), a top US think-tank.

"If we are able to sustain it for a couple of years, then I think, we will be able to have direct benefits as far as India is concerned, more jobs, better economy and hopefully over the next 10 years or so deplete the poverty levels in the segments that are more impacted by it," Jaitley said giving his overview of his government's economic policies.

"I can't say as to what figure India's growth rate would achieve. But I am certainly of the view that the seven-and-a-half per cent growth that we are presently at is not India's optimum potential. This year,  we hope to touch about eight percent," he said.

Once the impact of all policy changes made by the new Indian government and investments in key areas like infrastructure, agriculture and industry is felt, Jaitley said, "I think there could be a significant growth".

If inflation stays at moderate level, one should logically expect the interest rates to go down, which would directly impact and add to the Indian economy, he said.

"Once the cumulative effect of all these plus favourable global winds, I think the journey between eight and 10 per cent is not an impossible journey," Jaitley said.

He said that India reached this seven plus per cent growth rate in the backdrop of a terrible monsoon last year and there was a second round of crop destruction in March this year.