CBI has registered a case against general secretary of Mumbai BJP Mohit Kamboj, his jewellery manufacturing firm Avyaan Overseas, its directors, few mid-level bankers and others for alleged diversion of funds by availing fraudulent foreign bills negotiation limit and export packaging credit limit, issued by lender Bank of India between 2013 and 2018.

Another bank scam surfaced in which the modus operandi was somewhat similar to the one used in the alleged fraud by fugitive offender Nirav Modi in the case of Punjab National Bank.

The Central Bureau of Investigation (CBI) has registered a case against general secretary of Mumbai BJP Mohit Kamboj, his company Avyaan Overseas for alleged diversion of funds by availing fraudulent foreign bills negotiation limit and export packaging credit limit, issued by lender Bank of India between 2013 and 2018.

"In pursuance of the conspiracy, the company allegedly got sanctioned and released credit facilities worth Rs 60 crore.

"And after availing the said limit the accused company diverted the funds and prepared forged and fabricated documents in support of claims," CBI said.

In his response to Business Standard, Kamboj said, “I have already received no dues certificate from Bank of India in March 2019.

"I do not know why the bank has gone ahead with this complaint, after two and half years of clearing all dues.

"They made a mistake. Nevertheless, I will cooperate with the CBI probe as I have full trust in them.”

On Wednesday, the central agency has conducted searches at five locations in Mumbai in connection with the case including at the residence of Kamboj.

"The searches have been conducted at the residential and official premises of the accused, including his company, which led to recovery of certain incriminating documents including property, loan, various bank account details and locker keys," said the CBI.

The move follows the first information report (FIR) filed by the agency on a complaint from Bank of India against jewellery manufacturing firm Avyaan Overseas, its managing director and BJP leader Mohit Kamboj, its directors, few mid-level bankers and others for alleged cheating, criminal conspiracy and misuse of official position with respect to the credit facilities to the tune of Rs 67 crore availed from Bank of India. 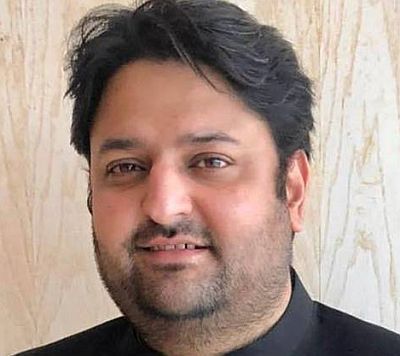 According to CBI, the bank had noticed certain irregularities during the inspection of the credit facility sanctioned to the jewellery firm in 2015.

Based on it, the bank had initiated the forensic audit, appointed E&Y, which had submitted its report in March 2017.

The probe agency cited the forensic audit findings, alleging that the Kamoj’ firm did diversion of funds for purchase of flats/property in the name of family members of one of the directors through payment to undisclosed parties.

Giving the details of each of the transactions transferred to the sister concerns, the audit pointed that borrower/guarantor have diverted the public funds with “dishonest and malafide” intention to misappropriate the same for their own use and so as to cause wrongful loss to the bank.

Further, it said that the company had indulged with related parties transactions which were not genuine trades for which the bank sanctioned the credit.

Upon these findings, the bank had initiated a recovery process under the Sarfaesi Act. Meanwhile, the court also appointed a liquidator.

But at the time of recovery, the bank got to know that the value of the collateral securities was much lower than earlier valuation reports.

“There is a major discrepancy by way of suppression of  irregularities in group accounts while putting up for OTS.

"As the loan transaction of the borrower is classified as fraud as per the guidelines and in view of criminal offences of misappropriation of public fund to cause damage to the bank are committed by borrowers, guarantors and bank officials during the process of sanction, disbursement, monitoring etc,” CBI quoted bank complaint made to the agency.