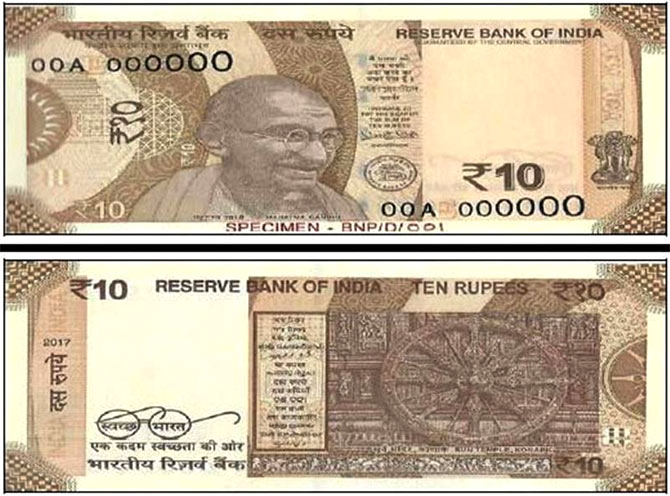 The Reserve Bank will soon bring into circulation new Rs 10 denomination banknotes in chocolate brown colour, which will have India's cultural heritage Konark Sun Temple as a motif on the reverse side.

The base colour of the note is chocolate brown, it said.

"The new denomination has motif of Sun Temple, Konark on the reverse, depicting the country's cultural heritage," RBI said.

Among the salient features of the banknotes, on the obverse (front) the note will bear portrait of Mahatma Gandhi at the centre, the Ashok Pillar emblem on the right, watermarks and number panel with numerals growing from small to big on the top left side and bottom right side.

On the reverse (back), it will carry the year of printing on the left, a Swachh Bharat logo with slogan, language panel, motif of Sun Temple and denominational numeral 10 in Hindi script Devnagari.

"All the banknotes in the denomination of Rs 10 issued by the Reserve Bank in the earlier series will continue to be legal tender," it said. 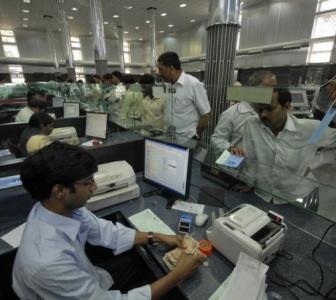 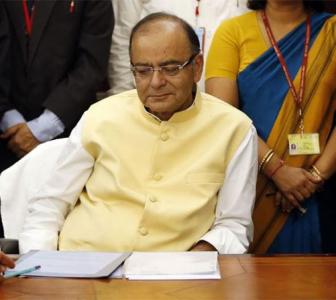