Prime Minister Narendra D Modi is likely to announce some big-ticket measures on Monday, September 25 -- the birth centenary of Sangh Parivar icon Deendayal Upadhyaya -- to stimulate the economy, which saw growth plunging to a three-year low of 5.7 per cent in the first quarter of 2017-2018.

Modi might announce a package for power, housing and social welfare programmes to generate jobs and perk up demand.

The government has been working towards achieving 24x7 power for all by 2019.

The PM is set to present before the nation a report card of initiatives taken for the welfare of the poor.

One of the most ambitious schemes, named after the Jan Sangh ideologue, is the Deendayal Upadhyaya Gram Jyoti Yojana, or the rural electrification scheme. Most of the targets under the scheme have been met.

Senior bureaucrats from the ministries of rural and urban development, power and skill development have given presentations to the PM on the progress made in schemes launched after Upadhyaya's name since May 2014.

What is now being discussed is to raise spending in employment-generating areas to revive the economy.

The government may not shy away from widening its fiscal deficit beyond the target of 3.2 per cent of gross domestic product for FY18.

Usually, the Bharatiya Janata Party national executive meeting is not open to the media. But the PM's speech, to be delivered on Monday evening, would be open to the media and telecast live by state broadcaster Doordarshan.

Other media outlets will also be provided a live multi-camera feed of the speech.

The national executive will also pass an economic resolution to take on the criticism for the economic downturn.

The resolution is expected to spell out the economic road map of the government for the next one year.

The PM is already getting feedback from various ministries on ways to kick-start growth.

With inputs from Shreya Jai 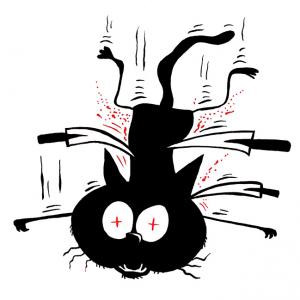