After the criticism and rollbacks that followed the 2019-20 post-election Budget, the political leadership in the government has taken greater control of the Budget-making process for 2020-21, report Arup Roychoudhury and Sanjeeb Mukherjee. Prime Minister Narendra Modi and his economic departments have lined up a series of meetings with economists and advisors next week to discuss ideas, which may find their way into the 2020-21 Budget, in a bid to boost the sagging economy.

On December 19, the NITI Aayog will hold a meeting with public and private sector economists; the next day, Finance Minister Nirmala Sitharaman will meet experts for pre-Budget consultations, and on December 21, the prime minister will receive briefings and presentations from various departments, and advisors.

In the 2020-21 Budget, the prime minister and the finance minister are keen to stamp their narrative, after various rollbacks following the previous Budget, said top government sources.

Besides the scheduled meetings, the sources said, the Prime Minister’s Office is expected to hold several meetings with top secretaries and officials on various ongoing schemes, their performance and also how some of them could be tweaked for better results.

The sources said some of these could focus on subsidy rationalisation, expanding the digital footprint of Ayushman Bharat, and making the Swachh Bharat Mission effective.

Several of these presentations were to be made before Modi from October onwards but had to be postponed because of prior engagements of the prime minister.

Officials said the PMO has also solicited advice from various ministries and secretaries for their inputs on the Budget and a series of sectoral meetings with them is scheduled.

As reported earlier, after the criticism and rollbacks that followed the 2019-20 post-election Budget, the political leadership in the government has taken greater control of the Budget-making process for 2020-21.

One of the themes of the upcoming Budget will be “encouraging private investment”, an initiative being driven by top levels at the Centre.

To that extent, in a bid to ensure more liquidity in the system and revive animal spirits in the private sector, the upcoming Budget may scrap long-term capital gains tax, shift the burden of dividend distribution tax from companies to shareholders, provide income tax relief for salaried classes, and have tax sops for small, medium and micro enterprises.

The prime minister’s meeting with economists and experts is an annual affair ahead of the Budget, but it assumes special significance this time with the Indian economy under stress.

The official data released on Thursday showed the Index of Industrial Production for October contracted 3.8 per cent, a slight improvement from September which was an eight-year low. Retail inflation rose to 5.54 per cent for November. On November 29, the official data showed that gross domestic product rose 4.5 per cent for the July-September quarter -- the slowest in 26 quarters, and worse than the 5 per cent for Q1.

What was even more alarming that manufacturing activity contracted 1 per cent in the September quarter, down from 5 per cent in the previous quarter. Worse, nominal GDP growth slipped to 6.1 per cent, the slowest in nearly two decades. Growth in investment (gross fixed capital formation), at a mere 1 per cent was the least since the December 2014 quarter.

The investment rate in Q2 stood at 27.6 per cent, the lowest in 11 quarters. What added to the glut of bad news was that for the April-October period, the Centre had already breached its fiscal deficit target for the full year. 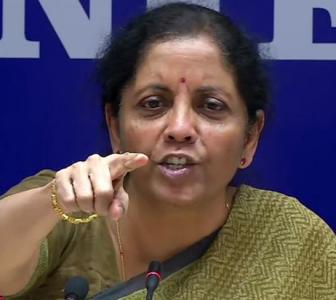 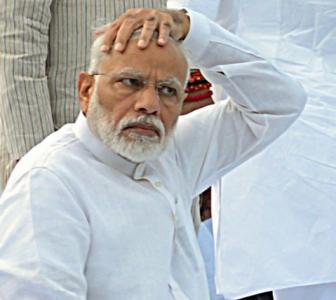