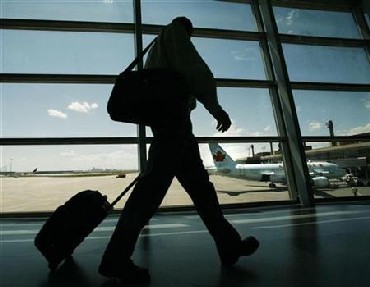 There are instances where passengers who clear the security check but miss their flights because of lack of boarding announcement.

In such cases, would the passenger lose the money he had spent on a non-refundable ticket?

This issue was recently decided by the South Mumbai Forum in Vishnu Tulsidas Sipahimalani & Others versus Intergloble Aviation Ltd & Anr.

The Sipahimalani family had booked three non-refundable air tickets on a Mumbai-Delhi Indigo flight departing at 9.30 am on April 27, 2010. The Sipahimalanis reported one hour prior to the flight, as required.

They were issued boarding passes and baggage tags on check-in.

They cleared the security check and were waiting in the lounge to board the flight through gate number 11.

As there was no staff member on that counter, they inquired with the adjacent counter staff of another airline who advised them to watch the monitors and await the announcement.

Since there was no communication about the flight, they again made inquires barely 20 minutes before the scheduled departure time, and were shocked to learn that the boarding had been closed.

Despite requests, they were not allowed to board the flight for 'failing to report in time'.

The Sipahimalanis filed a complaint alleging they were not allowed to board the flight so that some other passengers could be accommodated instead.

They demanded the flight manifest (passenger list) and closed circuit television footage would reveal the facts.

They claimed they had to attend a hearing at the Supreme Court, and were forced to book tickets on another flight to Delhi.

They sought a refund of the fare, along with compensation and costs.

The Sipahimalanis also pointed out that issuance of non-refundable tickets would be an unfair trade practice as it was in contravention to a circular issued by the director, civil aviation, Government of India.

Indigo contested the complaint, saying the Sipahimalanis reached the check-in counter at 9:10 am and reached the boarding gate at 9:30 am, five minutes after the scheduled departure time of the flight.

The travel agent, who was also a party to the dispute, contended that he was in no way concerned with the dispute between the Sipahimalani and the airlines.

The Forum observed the reservation record produced by Indigo had super impositions on the printout taken at the time of filing the written statement of defence, which made it appear to be fabricated and manipulated document to evade its legal liability.

The CCTV footage, though sought, was not produced.

The boarding pass stated the boarding time to be 8:50 am, so it was not possible to accept the airline’s argument that the Sipahimalani family had reached late.

The letter recording the fact and complaining about the incident had been sent to Indigo, but had been ignored. So the Forum concluded that the airline had indulged in unfair trade practice by wrongly denying boarding.

In its order dated August 14, 2015 delivered by S M Ratnakar for the Bench along with S G Chabukswar, the Forum held the airline liable to refund the ticket price of Rs 16,703.

The airline was also directed to reimburse the additional fare of Rs 2,000 paid for alternative booking on another flight.

An interest of six per cent per annum was awarded on the total amount of Rs 18,703.

Additionally, a compensation of Rs 3,000 per head totalling Rs 9,000, and Rs 5,000 as litigation expenses were also awarded.

The image is used for representational purpose only. Photograph: Todd Korol/Reuters 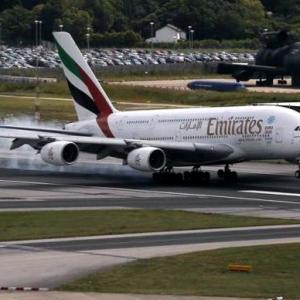