Of the 289 faulty hip implant victims identified, 93 patients had undergone revision surgeries.
The company, however, said it could reach only 67 patients and would pay Rs 25 lakh each to the other 26 as well after verifying their claims and if those patients approached J&J. Pharmaceutical major Johnson & Johnson (J&J) on Thursday told the Delhi high court (HC) it was ready to pay Rs 25 lakh each to the 67 victims of its articular surface replacement (ASR) hip implants.

The company, however, said it could reach only 67 patients and would pay Rs 25 lakh each to the other 26 as well after verifying their claims and if those patients approached J&J.

During the hearing on Thursday, J&J also said that if the hip implant victims, who had also moved other fora such as the National Consumer Disputes Redressal Commission, were to be awarded compensation higher than Rs 25 lakh, the company would pay only the remaining balance higher than Rs 25 lakh and not the entire amount again.

The plea was accepted by the HC with a rider that in such cases if the compensation awarded by such tribunals or fora was less than Rs 25 lakh, the patients would not be forced to refund the amount.

While accepting to pay Rs 25 lakh each, the company also said this payment should not be construed an admission of liability and set a precedent.

The case will be heard on August 8. A single-judge Bench of Justice Vibhu Bakhru was hearing a plea moved by J&J against a press release issued by the Ministry of Health and Family Welfare in which it had asked the company to pay compensation to all patients who were victims of faulty ASR hip implants.

The compensation had to be paid, based on two committee reports which had determined the amount of compensation.

In its plea, the company had said it was willing to pay Rs 25 lakh as compensation to those affected, but could not agree to the arbitrary amounts being imposed by the government.

Other than the CDSCO order, J&J has also challenged the Agrawal Committee report and a release issued by the Union health and family welfare ministry, asking it to pay compensation to the victims.

The compensation was based on the report submitted by two committees, under the chairmanship of Arun Kumar Agarwal and R K Arya, respectively.

While the Agarwal Committee report had examined the issues related to faulty implants and the reasons behind it, the Arya panel had come out with the quantum of punishment, which varied from Rs 10 lakh to Rs 1 crore.

“We are pleased to make compensation payments as Johnson & Johnson volunteered to do. We continue to believe the formula for compensation needs to be within a fully transparent and legal framework arrived at through due process.

"As we have always maintained, Johnson & Johnson remains committed to providing assistance, including appropriate compensation under the law, to ASR patients in India who have undergone revision surgery,” J&J said.

The CDSCO had on March 11 asked J&J to pay Rs 74 lakh to a Mumbai-based victim within 30 days of the order.

Of the total 4,700 hip implant surgeries conducted in India using J&J subsidiary DePuy’s ASR hip replacement system, only 882 patients (accounting for 1,056 implants) could be traced through the ASR helpline.

DePuy set up a helpline and initiated the reimbursement process for ASR patients in India. 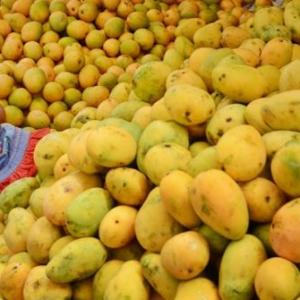