Wadia group-owned no-frills airline GoAir on Monday announced that its managing director Jeh Wadia has stepped down from the position.

The airline, however, said that Wadia will continue as a promoter.

It also announced the appointment of aviation industry veteran Ben Baldanza as vice chairman at the carrier.

Baldanza has been an advisor to the company since 2018 and director since 2019. The appointment of Baldanza is a part of GoAir's long-term plans as it looks into the next phase of growth, the airline said in a release.

Jeh Wadia, part of the promoter family, has stepped down from his position of managing director while continuing as a promoter,  GoAir said.

"We are happy that Ben has accepted the position of vice chairman.

“His experience in creating the first ULCC in the US, turning it profitable and successfully leading its IPO are of great value, as GoAir embarks on the next phase of its growth journey,” said Nusli Wadia, chairman, GoAir. 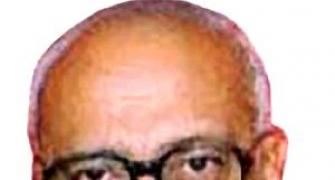 GVR, the man who put the bite in Sebi's orders