India's latest farm woe: Where to store the agri products?

If more commodities which have seen a sharp rise in MSP are to be procured, such as pulses, oilseed and cereals, there could be a storage problem. Also, if state-owned Cotton Corporation of India joins in, this problem will aggravate. 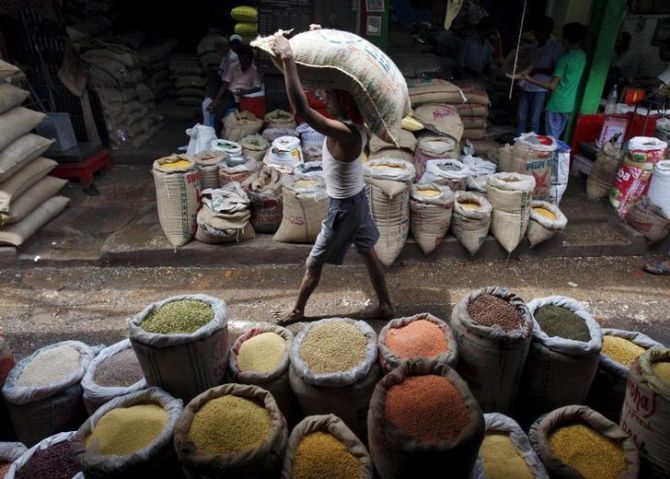 Harsh Kumar Bhanwala, chairman of the National Bank for Agriculture and Rural Development (Nabard), says the assessment is of an agricultural produce storage gap of 35 million tonnes (mt).

Agri finance and warehouse industry sources expect a huge requirement after the kharif harvest, with over 10 grain, cereal and oilseed crops trading below the government's Minimum Support Price (MSP).

Nabard has sanctioned a total of 9.29 mt of scientific grain storage capacity, of which 3.85 mt is operational. Nabard is the largest financer in this sector, said Bhanwala.

Due to the shortage of storage, government procurement agencies usually take warehouse facilities on rent.

Food Corporation of India (FCI) has a scheme where it assures renting for a specified number of years when private companies build.

Despite all this, storage is a problem.

In the past, grain was stored in open silos; this is being gradually replaced with more scientific storage.

Hetal Gandhi, director at CRISIL Research, says only a normal crop increase can be accommodated at current capacity.

Additional procurement is likely to be tougher this year for states such as Telangana, Tamil Nadu and Andhra, where storage utilisation levels last year had exceeded 80 per cent.

As of January, total storage capacity with government agencies FCI and Central Warehousing Corporation, beside state warehousing corporations, including hired capacities, was 73.6 mt.

Wheat and rice are the key crops procured. In crop year 2017-18, a third of the production of these crops was procured by the government.

If more commodities which have seen a sharp rise in MSP are to be procured, such as pulses, oilseed and cereals, there could be a storage problem.

If state-owned Cotton Corporation of India joins in, this problem will aggravate.

Er, how many jobs were actually created in the non-farm sector? 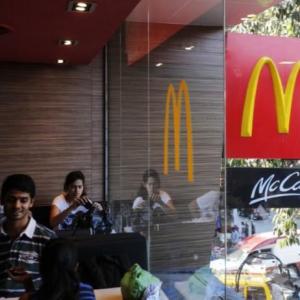 How McDonald's India is going green