India’s cash-rich promoters are not the same as the wealthiest.
For example, Mukesh Ambani is the richest Indian based on his stake in Reliance Industries, followed by Premji, the Adani family of the Adani group, and Radhakishan Damani of Avenue Supermarts. 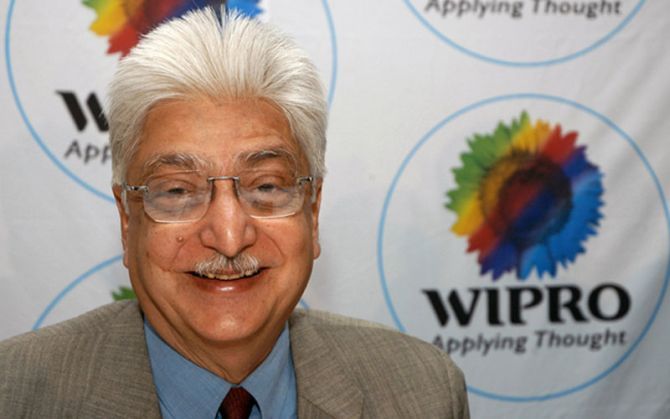 Azim Premji of Wipro, Shiv Nadar of HCL Technologies, and the founders of Infosys are some of the most cash-rich promoters in the country.

The promoters of the three technology companies together earned a little over Rs 20,000 crore through equity dividends and share buybacks in the last three years.

Share buybacks accounted for 56.5 per cent of their cash earnings during the period.

Among individual promoters, Premji tops the list with cash earnings of Rs 10,115 crore, through equity dividends and share buybacks, in the last three years.

Wipro completed two share buybacks in this period, allowing the promoters to earn Rs 8,300 crore by tendering their shares.

Unlike tech promoters, Anil Agarwal’s and Mukesh Ambani’s earnings came exclusively from equity dividends from their group companies during the period. India’s cash-rich promoters are not the same as the wealthiest.

For example, Mukesh Ambani (Rs 3.28 trillion) is the richest Indian based on his stake in Reliance Industries, followed by Premji (Rs 1.1 trillion), the Adani family of the Adani group (Rs 81,000 crore), and Radhakishan Damani of Avenue Supermarts at Rs 80,787 crore.

There are many promoters of companies that are not among the top in terms of revenue and assets, but are on the cash-rich list.

For example, Pawan Munjal of Hero MotoCorp, the Burmans of Dabur, the promoters of Asian Paints, Sameer Gehlaut of the Indiabulls group, and the Mehtas of Torrent Pharma netted more cash from their group companies in the last three years than the promoters of bigger groups such as Aditya Birla, Sajjan Jindal, the Hindujas, the Bharti group, and Godrej.

Most of the upside in the promoters’ cash income is now coming from share buybacks, as equity dividends have remained sluggish.

The combined equity dividend earnings for the promoters was up just 1.9 per cent year-on-year (YoY) in FY18 to Rs 23,546 crore.

In comparison, the promoters’ dividend income was up 23.6 per cent YoY in FY17.

Share buybacks became more popular after the Budget 2016-17, which made dividend income above Rs 10 lakh per annum taxable in the hands of investors.

“The surge in share buybacks by cash-rich companies is largely a tax arbitrage as the promoters would be forced to pay large amount of taxes on their dividend income,” says Amit Tandon, founder and MD of Institutional Investor Advisory Services (IiAS), a proxy advisory firm.

“Companies across sectors have put large capex on hold due to a demand slowdown and big-ticket acquisitions are now frowned upon by the markets.

"This leaves little avenue for companies to gainfully employ their surplus cash and many of them are returning it to their promoters’ and shareholders through share buybacks,” says G Chokkalingam founder & MD, Equinomics Research & Advisory Services.

This could force some companies to make fresh borrowings or raise equity capital in future if growth returns necessitating large investment in new projects.

This would be value destroying as buyback occurs at a premium to market price while fresh capital is raised at a discount.

This analysis is based on annual finances and share buyback (completed) by companies that are part of the BSE 500 index.

The sample excludes government-owned companies, Indian subsidiaries of multinationals and business groups owned by trusts such as the Tata group and listed subsidiaries of listed holding and operating companies.

Promoters’ share of equity dividend and proceeds from share buyback is based on their stake adjusted for cross-holding of other group listed companies.

Entire promoters’ stake has been considered for analysis, whether it accrues to individual promoters, family trusts or investment and holding companies.