Foreign institutional investors, which have invested Rs 1,03,224 crore ($17.09 billion) so far in 2014, have sold equities worth nearly Rs 2,500 crore in the past five trading sessions alone, data suggest. 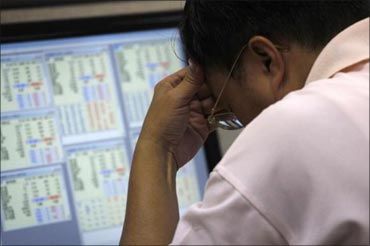 Indian markets, after being one of the top performers globally through most of this calendar year, have been the worst performers in the Asian region in December so far.

The benchmark stock indices, the BSE Sensex and the National Stock Exchange’s Nifty, have respectively lost 6% and 5%, compared with 0.5% to 5% losses for Asian counterparts Hang Seng, KLSE Composite, Straits Times and Nikkei 225.

The Indian indices’ declines this month have been comparable with CAC 40’s and FTSE 100’s (around 6% each) but lower than Brazil’s Bovespa (over 12%).

On Tuesday, sentiment across the globe was weak after a spate of bad news -- falling crude oil prices, Russia increasing its key interest rate to 17% from 10.5% as an emergency move to halt the rouble’s collapse and economic data from China showing a contraction in the manufacturing sector of the world’s second-largest economy.

In India, the benchmark indices slipped nearly 2% in intra-day deals.

Among sectoral indices, oil & gas has been hit the hardest in December. The BSE Oil & Gas index has lost nearly 11%, followed by Metals & Realty (around 10% each), Power and Capital Goods (9% each), and Information Technology index (around 8%).

Ambit Investment Advisors Chief Executive Andrew Holland says: “One must not forget that the Indian markets were one of the best performers globally in 2014.

"So, despite a 6% fall so far in December, their gains remain decent. Whenever there is a global turmoil, such as Russia increasing its interest rate by 650 basis points, there is an obvious cause for concern.

"Besides, it is that time of the year when people take some money off the table and manage risks accordingly.”

Despite the recent fall, analysts do not seem to be too worried about the road ahead for equities as an asset class.

They remain cautious amid global developments, but they see the decline in indices as an opportunity to buy for the long term.

Holland, for instance, says he is less worried about the rupee at this juncture.

His view is that the interest rate might fall sharply, and the rupee could just be reflecting that.

“The next few days will be interesting and one must wait and watch how the interest rate increase in Russia plays out in terms of stabilising the rouble, and how low the oil prices drop to.

I think Brent crude oil prices still have more downside left. The markets are expected to remain volatile for some time,” he says.

Taher Badshah, senior vice-president and fund manager at Motilal Oswal AMC, suggests it would serve as a good entry point for investors if the markets were to correct another 2-3%, as a lot of issues -- both global and local -- will get discounted.

“In fact, by then, some of the stocks will have corrected more than the broader indices.

"So, at a stock-specific level, there would be better opportunities available.

"The sectors that are likely to lead the market recovery will be banks, especially the public-sector ones, as they have taken a bigger knock in correction.

"Consumer-related stories, such as automobiles and consumer discretionary, will also continue to be supportive.

"So, the investors who missed out on those stocks should look to buy in this correction,” he advises. 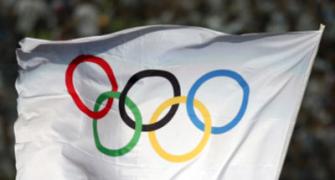 US will bid for 2024 Olympic Games, city undecided 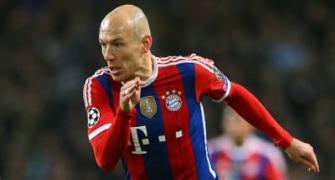 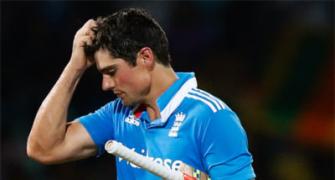 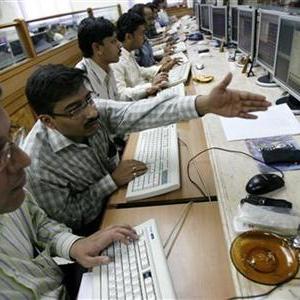