India slashes health budget, already one of the world's lowest

The United Nations estimates about one third of the world's 1.2 billion poorest people live in India 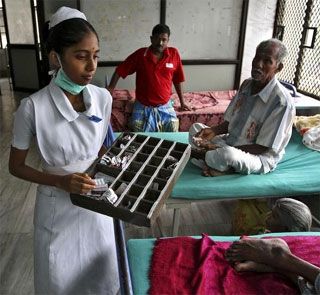 The government has ordered a cut of nearly 20 per cent in its 2014-15 healthcare budget due to fiscal strains, putting at risk key disease control initiatives in a country whose public spending on health is already among the lowest in the world.

Two health ministry officials told Reuters on Tuesday that more than Rs 60 billion, or $948 million, has been slashed from their budget allocation of around $5 billion for the financial year ending on March 31.

Despite rapid economic growth over the past two decades, successive governments have kept a tight rein on healthcare expenditure. India spends about 1 per cent of its gross domestic product (GDP) on public health, compared to 3 per cent in China and 8.3 per cent in the United States.

But hopes were high that Prime Minister Narendra Modi, who was elected in May, would upgrade basic health infrastructure and make medical services more affordable for the poor.

The United Nations estimates about one third of the world's 1.2 billion poorest people live in India.

"We were not expecting (budget cuts) this time because of the commitments they made in the manifesto," one of the health ministry officials said, referring to Modi's Bharatiya Janata Party (BJP). "No reason was given ... but there is shortage of funds. It is not rocket science."

The officials requested anonymity because of the sensitivity of the matter.

The finance ministry, which ordered the spending reduction and overruled objections from the health ministry at a recent meeting, did not respond immediately to requests for comment.

The move reflects the government's struggle to achieve its 2014-15 fiscal deficit target of 4.1 per cent of GDP.

Dominated by private players, India's healthcare industry is growing at an annual clip of around 15 per cent, but public spending has remained low and resulted in a dilapidated network of government hospitals and clinics, especially in rural areas.

One of the health ministry officials said the cut could crimp efforts to control the spread of diseases. More newborns die in India than in poorer neighbours such as Bangladesh, and preventable illnesses such as diarrhoea kill more than a million children every year.

The retrenchment could also derail an ambitious universal healthcare programme that Modi wants to launch in April. The plan aims to provide all citizens with free drugs and diagnostic treatments, as well as insurance benefits.

The cost of that programme over the next four years had been estimated at Rs 1.6 trillion ($25 billion). The health ministry officials had been expecting a jump in their budget for the coming year, in part to pay for this extra cost.

"Even next year we don't think we'll get a huge amount of money," said one official, adding that it was now unclear how the new programme would be funded.

In addition to the healthcare budget, the finance ministry has also ordered a spending cut for India's HIV/AIDS programme by about 30 per cent to Rs 13 billion ($205.4 million).

India had the third-largest number of people living with HIV in the world at the end of 2013, according to the U.N. AIDS programme, and it accounts for more than half of all AIDS-related deaths in the Asia-Pacific.

In October, India was on the brink of running out of a critical medicine in its free HIV/AIDS drugs programme due to bureaucratic delays. A crisis was averted with the assistance of pharmaceutical companies and global health organisations.

"We are all in shock. That shows the kind of importance the government attaches to public health," said Leena Menghaney, a New Delhi-based public health activist. "This will undermine the HIV programme in the long run."

© Copyright 2021 Reuters Limited. All rights reserved. Republication or redistribution of Reuters content, including by framing or similar means, is expressly prohibited without the prior written consent of Reuters. Reuters shall not be liable for any errors or delays in the content, or for any actions taken in reliance thereon.
Related News: AIDS, HIV, India, Narendra Modi, Bharatiya Janata Party
SHARE THIS STORY
Print this article 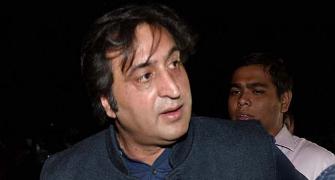 Big winners and losers in J&K and Jharkhand 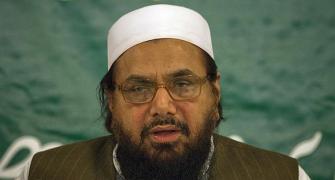 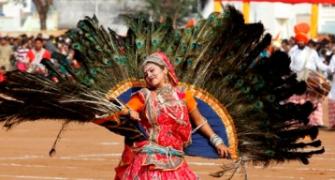 Economy recovering? Govt has a tough task ahead 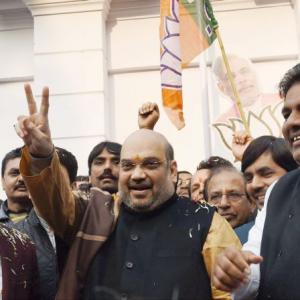 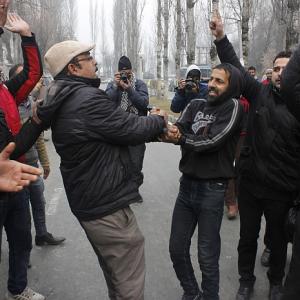