Petrol and diesel prices were on Wednesday hiked by 24-25 paise per litre, the steepest increase since July 5 Union Budget, as a fallout of turmoil in global oil markets following drone attacks on Saudi Arabian crude oil facilities. Petrol price was increased by 25 paise per litre to Rs 72.42 and diesel by 24 paise to Rs 65.82 in the Delhi market, which is sort of a national benchmark, according to price information available from State-owned fuel retailers.

This is the biggest single-day hike since the July 5 Budget of Finance Minister Nirmala Sitharaman that raised rates by almost Rs 2.50 a litre due to an increase in excise duty on the fuels.

The hike on Wednesday followed a 14 paise a litre increase in price of petrol on Tuesday and 15 paise per litre rise in diesel rate.

Rates have in subsequent two days retreated, conceding about half of the gains. Brent crude future on Wednesday dipped 0.26 per cent to USD 64.38 per barrel after jumping to near USD 72 in reaction to the disruption. US West Texas Intermediate (WTI) crude lost 0.5 per cent to USD 59.06 per barrel.

This came after signs that Saudi Arabia was quickly restoring production at Abqaiq facility.

Abqaiq is now processing about 2 million barrels a day and should return to pre-attack levels of about 4.9 million barrels by the end of September, Saudi Aramco chief executive Amin Nasser said.

Saudi Crown Prince Mohammed bin Salman has reportedly stated that two-thirds of production has been restored and the kingdom sees a full recovery in 10 days.

India imports 83 per cent of its oil needs, with Saudi Arabia supplying a fifth of these. Saudi Arabia is its second-biggest supplier after Iraq. It sold 40.33 million tonnes of crude to India in 2018-19 fiscal, when the country had imported 207.3 million tonne of oil. 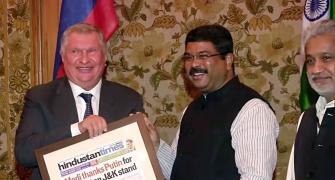 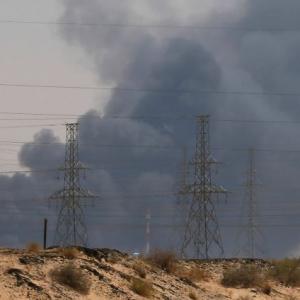 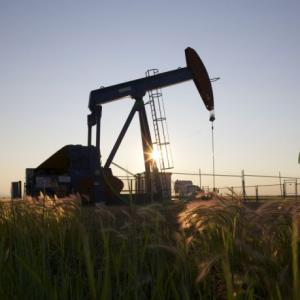